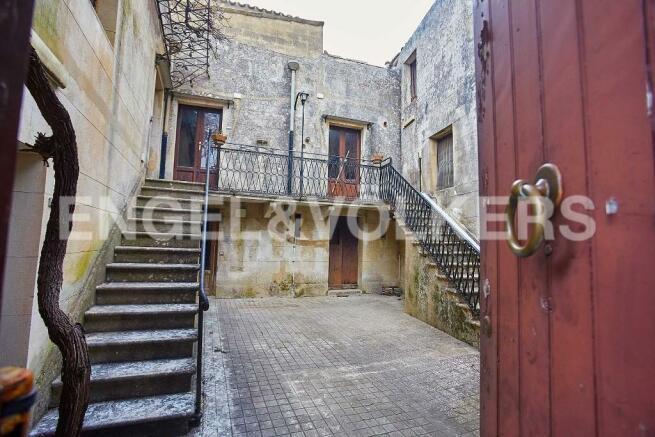 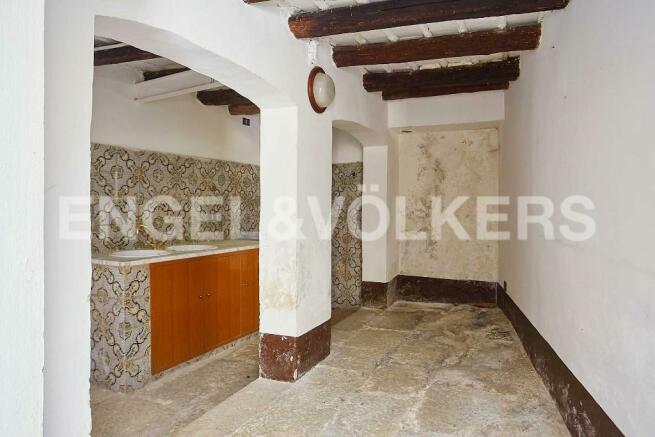 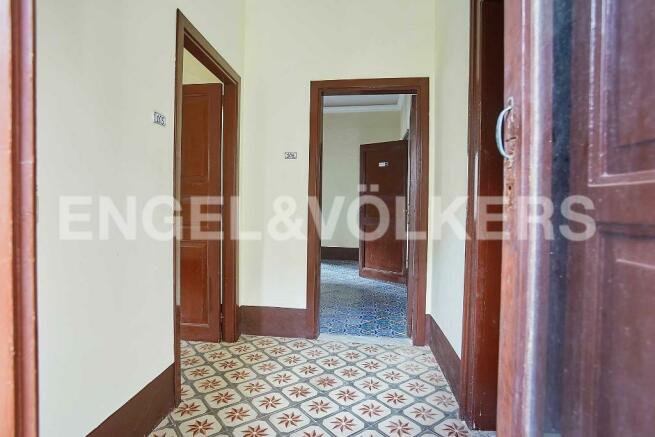 Located in the very central Via Carvini, a few steps from the cathedral and the cable railway of the Vetta di Erice, the complex consists of five independent flats which have access to a typical Erice courtyard for the exclusive use of the flats. On the ground floor there are two flats and a technical room for the installations. From the courtyard the staircase leads to the three flats on the first floor and a small terrace on the second floor.
The structure has been used for a long time as accommodation with a total of 11 rooms and a stair lift. The old flooring, the typical stone walls, the presence of gas heating, and more bathrooms per flat are a unique feature for a property on the summit of Erice.

Erice, also called U Munti in Sicilian, is a medieval village in the province of Trapani and is located at the far end of the North-Western Sicily. At 750 metres above sea level, Erice boasts a breath-taking panorama. From the Balio Gardens surrounding the Pepoli Castle, the panoramic view stands above Trapani and its salt pans, and the Egadi islands on the one hand, and above the Cofano Mountain Reserve, the Castellammare Bay and the coast- reaching San Vito Lo Capo- on the other hand.
Where art, history and landscape meet, the summit of Erice keeps intact its medieval city centre, in perfect harmonisation with the same structure of the mountain as well as with the surrounding Nature. With a perfect triangular shape, the town is bounded by walls, towers and three Norman gates: porta Spada, porta del Carmine and porta Trapani. Moreover, if you walk down the streets, you are inevitably captured by the smell of the traditional pastry and by the colours and decorations of traditional craft products, such as carpets and ceramics.
The town is now well-established as one the main tourist destinations in Sicily. As a matter of fact, Erice is part of the circuit I borghi più belli d'Italia (The most beautiful towns in Italy) as an Honorary Guest.

"Without Sicily, Italy leaves no image in the soul: it is the key to everything" (Italienische Reise, Viaggio in Italia, Palermo, 1817) Johann Wolfgang von Goethe

Engel & Völkers Palermo Palermo Mondello accompanies you for the sale or purchase of real estate in the best locations in Palermo and in the most attractive places in the province.

At the same time, the global network of Engel & Völkers offers a high potential for success

This is a property advertisement provided and maintained by Engel & Volkers Palermo/Sicily, Engel & Volkers Palermo/Sicily (reference BuildingComplexInCathedralAreaOfMountErice) and does not constitute property particulars. Whilst we require advertisers to act with best practice and provide accurate information, we can only publish advertisements in good faith and have not verified any claims or statements or inspected any of the properties, locations or opportunities promoted. Rightmove does not own or control and is not responsible for the properties, opportunities, website content, products or services provided or promoted by third parties and makes no warranties or representations as to the accuracy, completeness, legality, performance or suitability of any of the foregoing. We therefore accept no liability arising from any reliance made by any reader or person to whom this information is made available to. You must perform your own research and seek independent professional advice before making any decision to purchase or invest in overseas property.