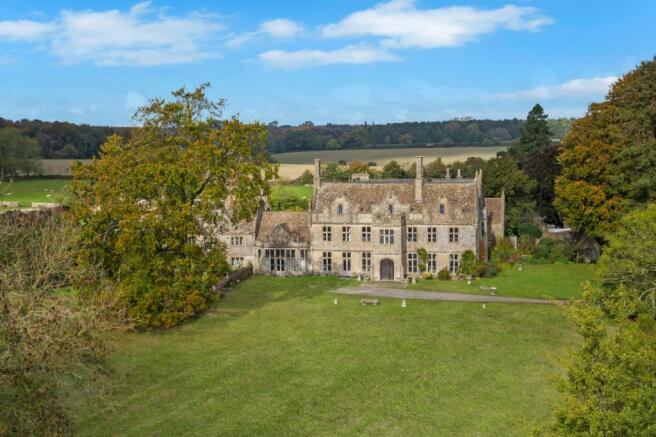 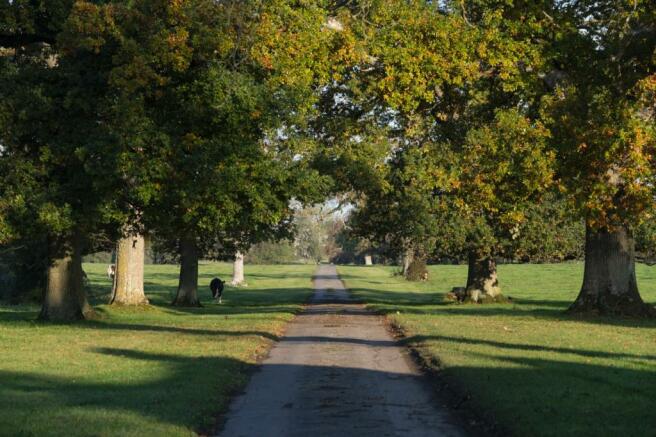 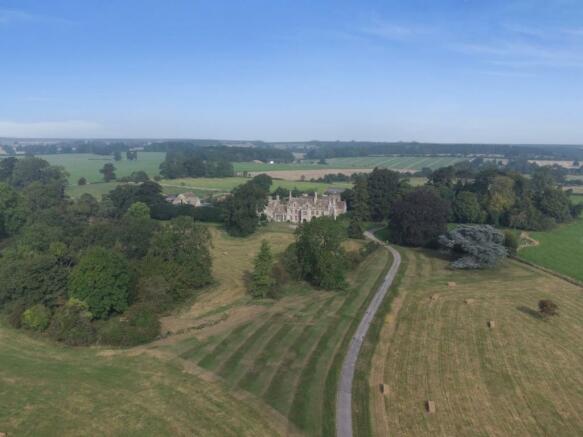 The Elmestree House Estate dates back to the 12th Century when, then the Manor of Elymundestre, was given to the monks of the Benedictine Abbey of S.Ebrulph, Normandy. The Estate lies in a single ring fenced block with both front and rear drives accessing the house which lies in splendid parkland interspersed with mature trees.

Elmestree House is a handsome structure, comprising a substantial Elizabethan-style house built by William Brookes in 1844 to the west of which is a 17th Century farm house (known as Farm End). In about 1870 the house was acquired by Francis Henry who built a connecting wing between the two buildings in 1884 and made further large additions on the north-west in 1900. It has been in the current owners’ family since they purchased it in 1949.

Elmestree House is a very fine Grade II listed 11-bedroom country house dating from 1844, sitting in delightful gardens and parkland studded
with magnificent trees. The house is approached over a cattle grid, up a long, discreet, private drive through the park, crossing another cattle grid and leading on up to the house.


Farm End is a late 17th Century Grade II listed
former farmhouse connected to the western side of Elmestree House with a linking wing dating from 1884. Farm End is accessed by a separate
entrance with four bedrooms and two further attic rooms. There are four substantial reception rooms and its own private garden and garage. Farm End is a considerable family home in its own right. The farmhouse could be kept as a separate property or could be incorporated back into the main house through the linking wing which was originally the
carriage entrance.

There is a substantial, self-contained three-bedroom annexe adjoining to the rear of the main house which can also be accessed separately. The
Annexe, built in 1900, has a small private garden and views across the parkland.

Situated to the right-hand side and guarding the main entrance to the property is a detached Lodge Cottage. The cottage has two bedrooms, two reception rooms and an attractive private garden with external WC, wood shed and private
parking area.

The Elmestree House Estate provides a superb package of a striking and enviably positioned house in the heart of its land with substantial supporting buildings offering a fantastic opportunity for a truly fabulous restoration project of a traditional English Manor House
and farmstead.

The Estate lies within the Cotswold Area of Outstanding Natural Beauty, just two miles outside Tetbury, one of the prime market towns of the Cotswolds known for its historical royal connections.

Mature shrubs and trees surround Elmestree House and Farm End; extensive lawns, a small lake and some remaining features of 19th Century pleasure gardens are bounded by a protective haha. To the north west of the property there is a former walled garden with some remaining fruit trees, potting sheds and garden stores providing further significant scope for restoration.

Directly to the north of the house, lies a range of traditional Cotswold stone buildings including a former cart shed, two storey stable block built by Francis Henry in 1870, coach house, cow shed with original stone pillars, a large agricultural building and further storage sheds. These buildings offer potential for alternative use, subject to the necessary planning consents and considerable renovation.

Beyond the walled garden, to the west lies a further set of traditional farm buildings and farmyard, including a large traditional Cotswold stone barn. All of the outbuildings are in need of
restoration but give much scope for development subject to necessary planning consents.

The majority of the land is pasture (106 acres) studded with fine trees and interspersed with mature woodland and ponds. Cattle and sheep currently graze the parkland and are retained
by cattle grids and a double haha. Nestled in a small copse of woodland within the park, to the south east of the house, lies Pond Cottage a delightful derelict waterside cottage protected by
trees which would provide wonderful secluded additional opportunity for a restoration project.

Disclaimer - Property reference NEF200012. The information displayed about this property comprises a property advertisement. Rightmove.co.uk makes no warranty as to the accuracy or completeness of the advertisement or any linked or associated information, and Rightmove has no control over the content. This property advertisement does not constitute property particulars. The information is provided and maintained by Strutt & Parker, National Estates & Farm Agency. Please contact the selling agent or developer directly to obtain any information which may be available under the terms of The Energy Performance of Buildings (Certificates and Inspections) (England and Wales) Regulations 2007 or the Home Report if in relation to a residential property in Scotland.