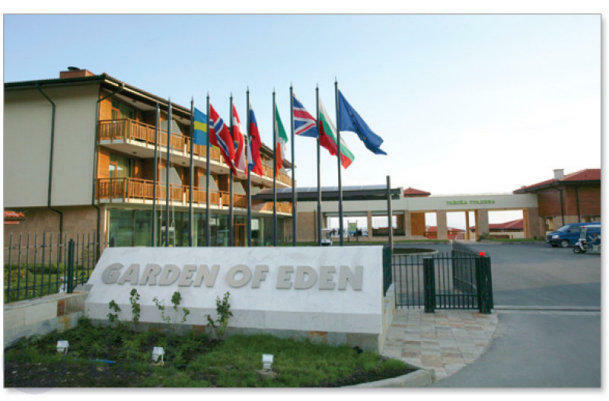 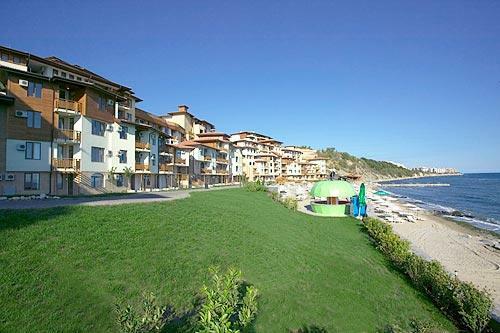 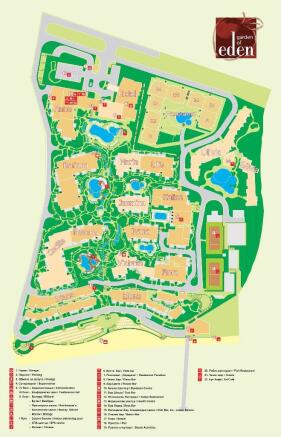 Appreciating Assets are delighted to offer this spacious and fully furnished studio apartment for sale in the Kalina building of the Garden of Eden resort in St Vlas, Bulgaria at the exceptional price of just £22,000 (?25,000)

This 42 square metre studio property offers exceptional value for money in our estimation for two reasons: (1) on a price per square metre basis for this particular premier development, the asking price is less than ?600 per square metre, and (2) this property is located in a truly wonderful development which is situated beach-side in Sveti Vlas. As the new owner you will be gaining access to the same location and facilities (see below for additional background information) as somebody else who paid a multiple of this price for a larger property within the same development. This wonderful holiday property on the Black Sea coast is ideal for a couple who want a zero hassle holiday home. Garden of Eden is one of the most highly regarded in this region, thus is in high demand (especially for the smaller properties within this particular development). At 42 square metres of internal floor space, this particular apartment is ideal for a couple or small family. There is a compact kitchen for self-catering as well as a fully-tiled bathroom with bath tub. Like many properties on the Bulgarian coast it is laid out in an open-plan design to maximise the feeling of space, whilst simultaneously providing its residents with the facilities that they need and of course with the minimum amount of maintenance to ensure that the owner spends the majority of their time enjoying the facilities that this wonderful complex has to offer. The property has a separate boiler room/storage cupboard that may be used for items such as ironing boards as well as luggage cases etc. The decor is extremely bright, neutral and very clean-looking and is complimented by the wood effect laminate flooring and the colour-coordinated kitchen cabinets and dining suite. This property is well laid out, is in pristine condition and overall makes for a very pleasant ambience indeed.

Background Information on the Garden of Eden resort

Garden of Eden is an exclusive seafront resort, with five-star hotel and luxury apartments, and it has its own south-facing beach and pier looking across the beautiful blue waters of the Black Sea to Nessebar. Located just outside St Vlas, close to Sunny Beach and within easy reach of Burgas Airport, it offers the visitor a tranquil haven bordered by forests and natural parkland. There are a total of seven outdoor swimming pools and water cascades set in landscaped gardens. Three restaurants cater for every taste. For active holidaymakers there are tennis courts and an indoor pool, fitness and spa centre.

For dining, there is the gourmet Paradiso Restaurant, the Italian Albero della Vita (Tree of Life) and the Fish and Seafood restaurant which is literally on the beach. A variety of water sports are available; including water skiing and jet skis. During the summer special activities for children with day-by-day programme of optional activities is also a bespoke service offered exclusively at Garden of Eden.

Garden of Eden has four pool bars (including a pool patisserie) and our Vista Bar on the top of the complex has spectacular views to the seashore and the old city of Nessebar. Noah's Night Bar opens its doors twice per week for music and dance. Other facilities include: currency exchange office, medical centre, fitness and spa centre, beauty salon, dry cleaning and laundry, and a variety of shops including a supermarket to ensure that you can easily obtain all you need. Excursions or car hire can be arranged effortlessly at the Business Centre. Free complimentary Wi-Fi internet operates in all of the public areas.

Distance from the following locations


Keep fit in Garden of Eden fitness club & avail of the following amenities:.

St Vlas is located at the foot of the southern slopes of the Balkan Mountains, in the northern part of Burgas Bay. A settlement was founded at the present place of St Vlas in the 2nd century AD by Thracians and Greeks, then called Larissa. It acquired the name St Vlas in the 14th century after Saint Blaise, a monastery dedicated to whom existed in the region, but was burnt down in the 14th-18th century by consecutive pirate raids. During the Ottoman rule of Bulgaria, it was known as Kücük manastir or simply Manastir ("monastery"), while the name St Vlas became official after 1886. Until 1920 the population of St Vlas was predominantly Greek. After 1920 as a result of the exchange of population between Greece and Bulgaria most of the local Greeks emigrated to Western Thrace (ceded to Greece in 1920) Greece and found their new home in the village of Strymi (until 1920 Chadarli), Sapes municipality. Less than 10 Greek families remained in St Vlas. After 1912 and especially after 1920 tens of Bulgarian families emigrated from Greece, predominantly from Greek Macedonia and established themselves in St Vlas. The settlement became a climatic sea resort in 1963 and a town on 2 February 2006. St Vlas is the only place on the Bulgarian Black Sea coast where the beaches are facing directly south.

We have been very positively featured in many leading UK, Irish and International publications such as The Guardian, The Financial Times, The Sunday Business Post and th

This is a property advertisement provided and maintained by Property Sales Bulgaria, Manchester (reference Prop2995) and does not constitute property particulars. Whilst we require advertisers to act with best practice and provide accurate information, we can only publish advertisements in good faith and have not verified any claims or statements or inspected any of the properties, locations or opportunities promoted. Rightmove does not own or control and is not responsible for the properties, opportunities, website content, products or services provided or promoted by third parties and makes no warranties or representations as to the accuracy, completeness, legality, performance or suitability of any of the foregoing. We therefore accept no liability arising from any reliance made by any reader or person to whom this information is made available to. You must perform your own research and seek independent professional advice before making any decision to purchase or invest in overseas property.