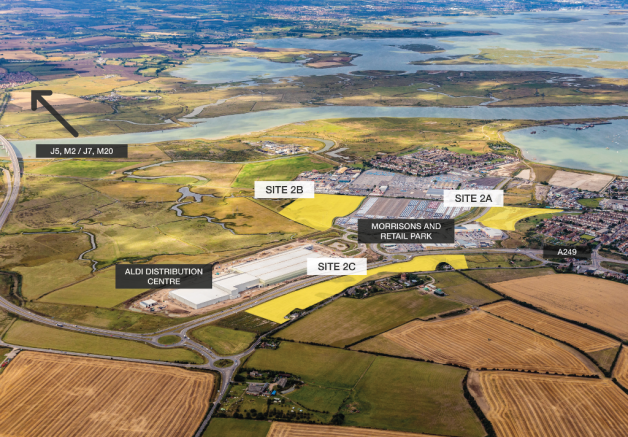 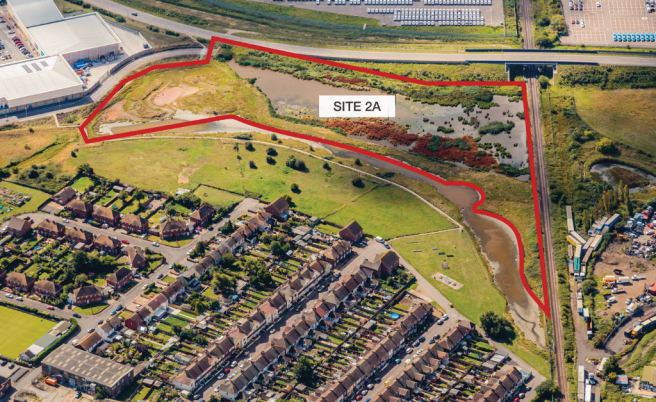 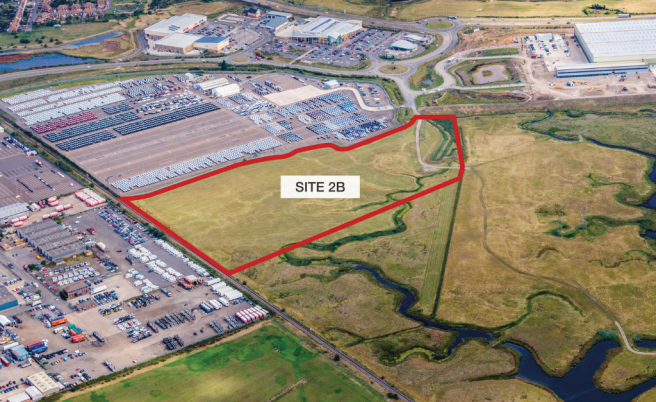 The Queenborough and Rushenden Regeneration

Neats Court forms part of the Queenborough and Rushenden Regeneration Zone, a multifacted regeneration covering 165 hectares of land and buildings, and featuring allocations including a mixed use community of housing, employment and community facilities, and a large business park at Neats Court.

The regeneration has so far seen 13 acres developed, including the construction of a 5,310 sqm Morrisons supermarket, a petrol filling station, fast food takeaway and new infrastructure, together with the neighbouring Neats Court Retail Park development now let to Iceland, Poundland, Sports Direct and B&M Stores.

The strategic importance of Neats Court Business Park is reinforced by Aldi Stores Ltd's acquisition of 45 acres for use as a 600,000 sqft regional distribution hub.

The Masterplan has Supplementary Planning Document (SPD) status and was adopted on 12 November 2010 (an addendum was adopted on 2 March 2015). It forms part of the Local Development Framework for Swale Borough Council. The Borough of Swale was estimated to have a population of over 130,000 in 2007.

Neats Court Business Park occupies a prime location within the Thames Gateway, fronting the A249 dual carriageway which provides excellent access direct to the motorway network (M2 Junction 5 and M20 Junction 7 lying 8 miles and 13 miles respectively to the south west). The Sheppey Crossing (opened in 2006) lies just to the south.

The nearest train station (Queenborough) provides commuter services to London St Pancras International via Rainham / Sittingbourne in journey times of about 1 hour 15 minutes, with London Victoria and Cannon Street served more regularly in about 1 hr 30 minutes. Lying about 2 miles to the south west are the Medway Towns, estimated to have had a population of over 275,000 in 2015. Kent is the gateway to Europe, with international rail services from Ebbsfleet, Ashford and Folkestone rail services. The deep freight port of Sheerness is within two miles, and Dover Cross Channel services operate about 40 miles to the east.

We are seeking offers in respect of parcels of land (minimum 1 acre) across the following three sites: Site 2A, Site 2B and Site 2C.

Sites 2B and 2C are identified in the recently adopted Local Plan ("Bearing Fruits 2031: The Swale Borough Local Plan 2017") as Existing Committed Employment Allocations (A1), Proposed Employment Allocations (ST4) and Proposed Regeneration Areas (ST4). Site 2A is included within the Proposed Regeneration Area (ST4, just south of a Coastal Change Management Area). Under Policy A1, planning permission will be granted for land allocated for B class employment uses at Neats Court, subject to necessary conditions being fulfilled.

Site 2A lies to the south west of the new Morrisons supermarket and sits within the regeneration area. It fronts Thomsett Way, which we anticipate would form the basis of access. An existing level crossing would provide pedestrian access from the wider regeneration area.

Site 2B lies within the Neats Court Business Park area, a longstanding priority area for new commercial development. It has an allocation for industrial / warehouse / distribution uses (B2 / B8). Vehicular access is off Thomsett Way.

Site 2C is identified within the Masterplan for lower density business uses, lying in a high profile location adjacent to the A249 and therefore does not require any major new highway infrastructure to serve it. The masterplan's key objective for this area is enhancement of the local landscape and the formation of a quality environment at the 'gateway' to the development area. The area is suitable for high quality offices. The site is readily divisible and can accommodate multiple occupiers.

The Property is offered for sale on a private treaty basis, and we invite offers for the freehold of parcels of land (minimum 1 acre and for proposed uses in line with the Local Plan's allocations and the Queenborough and Rushenden Masterplan SPD). Both unconditional and subject to planning offers will be considered. The vendor will not provide any warranties relating to historic surveys or property information, and we advise prospective purchasers to satisfy themselves through their own due diligence enquiries.

The Property is readily visible from the roadside. For further information, please contact Lloyd King (lking@savills.com).

Disclaimer - Property reference MQRU. The information displayed about this property comprises a property advertisement. Rightmove.co.uk makes no warranty as to the accuracy or completeness of the advertisement or any linked or associated information, and Rightmove has no control over the content. This property advertisement does not constitute property particulars. The information is provided and maintained by Savills Rural Sales, Sevenoaks. Please contact the selling agent or developer directly to obtain any information which may be available under the terms of The Energy Performance of Buildings (Certificates and Inspections) (England and Wales) Regulations 2007 or the Home Report if in relation to a residential property in Scotland.