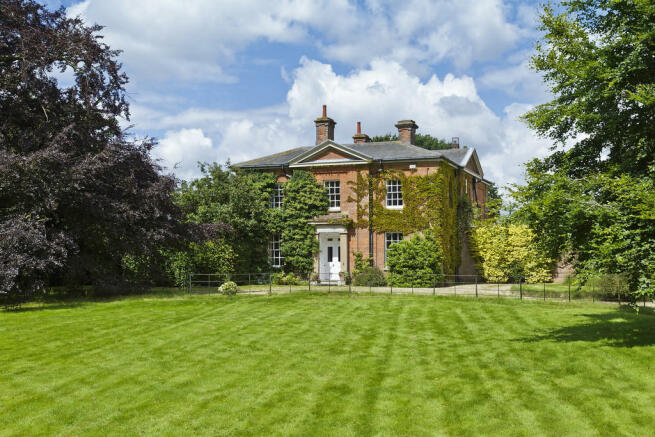 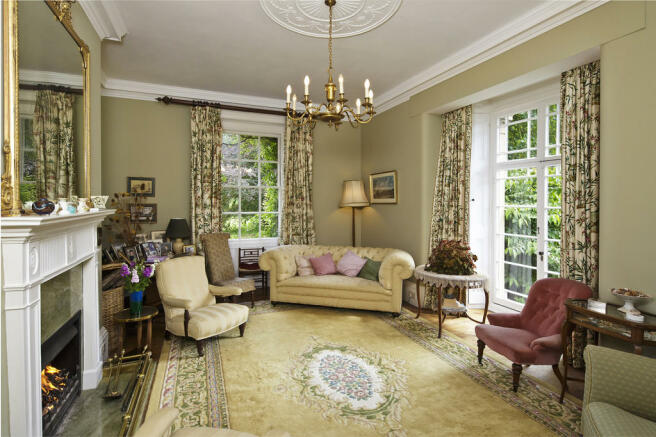 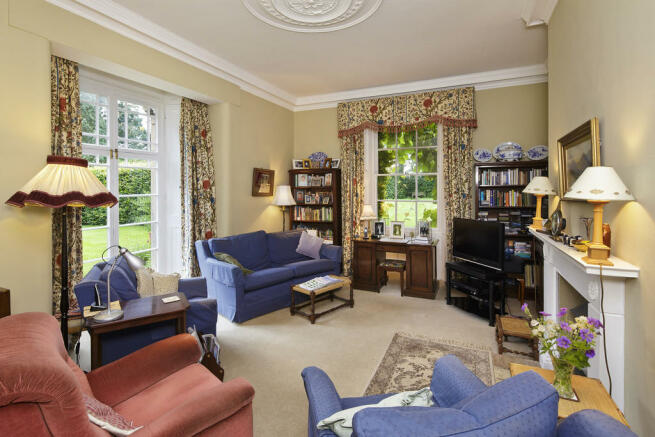 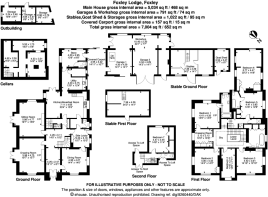 Foxley Lodge is a most attractive and fine Grade II listed former rectory. Although built in 1842, the house is typically Georgian in style with elegant and well proportioned rooms, so typical of the period. Much period detail remains including fine sash windows, high ceilings, fireplaces, cornice work, and a particularly fine main staircase which is top lit by a lantern. The house is situated in well tended formal gardens and grounds, with some of the formal gardens designed by Verity Hanson-Smith.

Acquired by the current owners in 1990, Foxley Lodge has been a much loved family home. Approached from the east by a long gravelled drive bordered by a paddock to the south with estate fencing. There is an area of woodland to the north containing some magnificent mature trees, under planted with spring bulbs. The drive finishes to the front and east of the house where there is a large gravelled turning and parking area. The drive also divides, leading to a further gravelled parking area to the north of the house where the outbuildings, including garaging and stabling, are situated. There is also a useful range of outhouses.

The gardens and grounds are a particularly attractive feature of Foxley Lodge and are arranged as follows; to the east of the house there is a paddock, bordered by estate fencing. In the southeast corner of the paddock, there is a pond and there are further trees including oak and weeping willow. Situated to the south of the house, there is an area of formal lawned garden, bordered by mature beech hedging with some topiary box and providing a delightful sheltered and enclosed area. Openings through the beech hedge lead to a further area of garden, under planted with spring bulbs, laid partly to lawn and containing the hard tennis court. Situated to the west of the house there is an orchard and a further area of lawned garden. To the northwest, there is a traditional kitchen garden, partly walled, the gravelled paths bordered with low clipped box hedging, a soft fruit cage, raspberry canes and vineyard. The fine south facing red brick wall is trained with espaliered fruit and productive fig. There is a pergola trained with various climbing shrubs including wisteria and rambling rose, and a door in the wall leads to a secret garden enclosed by fine old red brick walls and yew hedging. This has well stocked mixed shrub and herbaceous borders and provides a sheltered and secluded area of garden. There is a glasshouse with a mature vine.

The land in all extends to approximately 3.199 acres (stms).

FOXLEY The small village of Foxley is situated about 16 miles to the northwest of Norwich, the Cathedral city. There is a mainline railway station at Norwich with regular trains to London Liverpool Street with an approximate journey time of 1 hour 50 minutes. The airport to the north of the city has frequent flights to the UK, Europe and beyond with most international destinations available via Schiphol. The north Norfolk town of Fakenham is about 10 miles and the popular Georgian town of Holt is about 14 miles to the north and has a wonderful shopping centre with many excellent independent shops, as well as being the home of Greshams Public School. Beeston Hall Prepatory School is situated further to the east on the coast near Sheringham. The north Norfolk Coast much of which is classified as an Area of Outstanding Natural Beauty, and is a Heritage coastline, offers many opportunities for sailing and walking with golf at Brancaster and Sheringham.

ENERGY EFFICIENCY RATING An Energy Performance Certificate is not required for this property due to it being Grade II listed.

Located in a Grade II Listed Building in a prominent location in the town centre, Dereham have a proactive and experienced sales team who don't believe in providing an adequate service but insist on always going that 'extra mile'. The entire team are local to the area and extremely knowledgeable, meaning they are always able to give personal and expert advice on buying and selling in the area. The combination of proactivity, local knowledge and excellent marketing ensures they get the best re 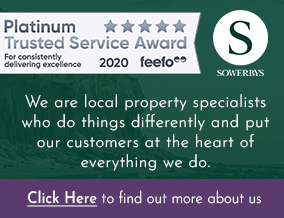 Disclaimer - Property reference 100439030690. The information displayed about this property comprises a property advertisement. Rightmove.co.uk makes no warranty as to the accuracy or completeness of the advertisement or any linked or associated information, and Rightmove has no control over the content. This property advertisement does not constitute property particulars. The information is provided and maintained by Sowerbys, Dereham. Please contact the selling agent or developer directly to obtain any information which may be available under the terms of The Energy Performance of Buildings (Certificates and Inspections) (England and Wales) Regulations 2007 or the Home Report if in relation to a residential property in Scotland.