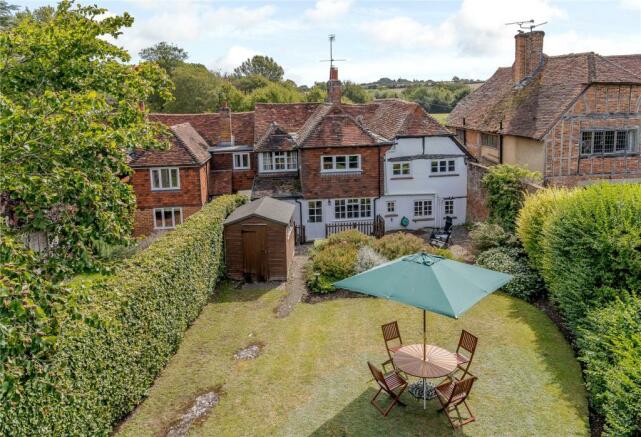 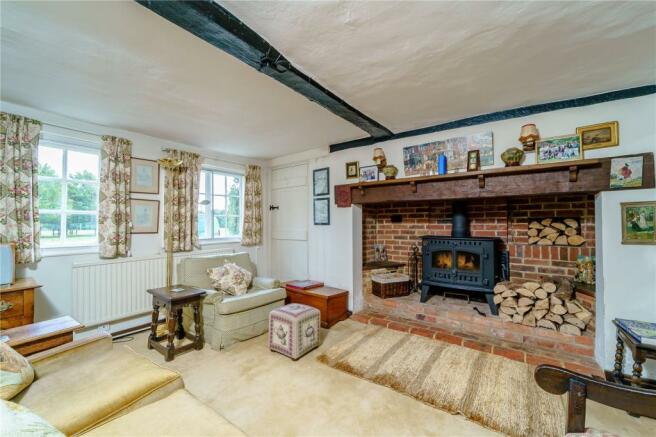 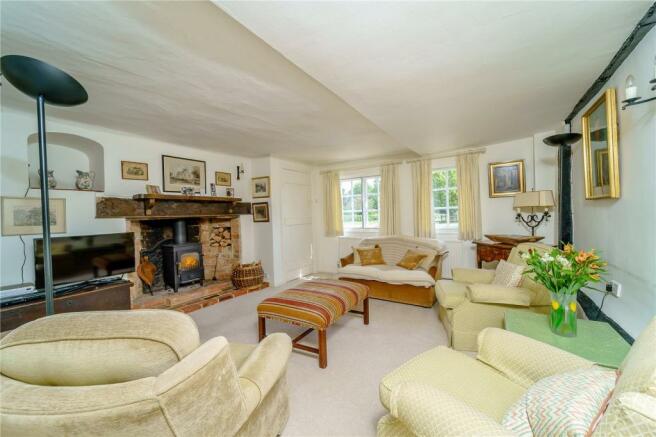 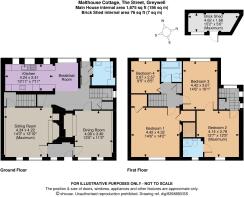 NO ONWARD CHAIN. Malthouse Cottage has been in the same ownership since 1971. The current vendors during this period have sympathetically carried out a number of alterations and improvements, some very significant that included turning what was two cottages into one! The cottage also benefits from fibre broadband. Dating originally from the 16th century the cottage is accessed via an attractive porch which opens into the hall which in turn leads in two directions, one to the dining room and the other is the sitting room. Both reception rooms have the benefit of attractive brick fireplaces with wood burners and windows to the front of the elevation allowing delightful views across an open field. From the sitting room there is a door which leads to a staircase to access the first floor. The inner hall opens into the kitchen /breakfast room, with four windows overlooking the rear garden. There is also a cloakroom, separate access to the rear and a turning staircase to the first floor. The master bedroom has an en suite shower room and a window with a wonderful view of the field. There are three further double bedrooms and a family bathroom.

Greywell is an unspoilt picturesque village set amongst gently undulating countryside situated between Farnham and Basingstoke. Amenities within the village include an active village hall, Norman Church and a Public House. There are extensive walks over the many footpaths which are directly accessible from the village, including a lovely river walk which connects directly from the Church and runs along the River Whitewater and beyond. It is an ideal location for anyone who enjoys outdoor walking and country pursuits. The village is well placed, lying within easy distance of Basingstoke and Farnham with local shopping nearby at Odiham and Hook.

To the front there is a slightly raised paved area with established shrubs and plants. The rear garden is part walled with mature hedging, borders that are well stocked, an extensive lawn and a paved sitting area. There is a shared pedestrian access to the back.

Disclaimer - Property reference ODH070001. The information displayed about this property comprises a property advertisement. Rightmove.co.uk makes no warranty as to the accuracy or completeness of the advertisement or any linked or associated information, and Rightmove has no control over the content. This property advertisement does not constitute property particulars. The information is provided and maintained by Strutt & Parker, Odiham. Please contact the selling agent or developer directly to obtain any information which may be available under the terms of The Energy Performance of Buildings (Certificates and Inspections) (England and Wales) Regulations 2007 or the Home Report if in relation to a residential property in Scotland.