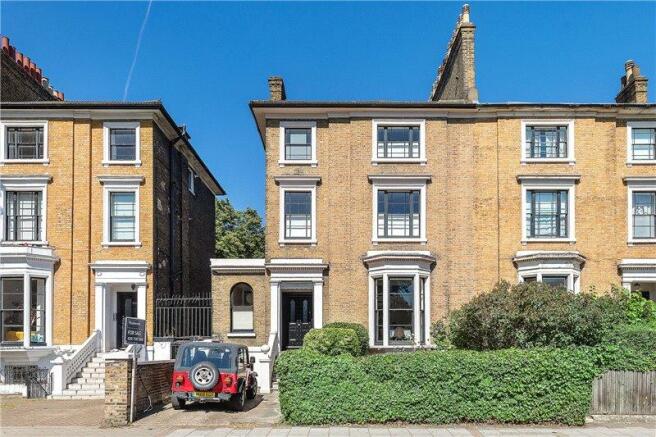 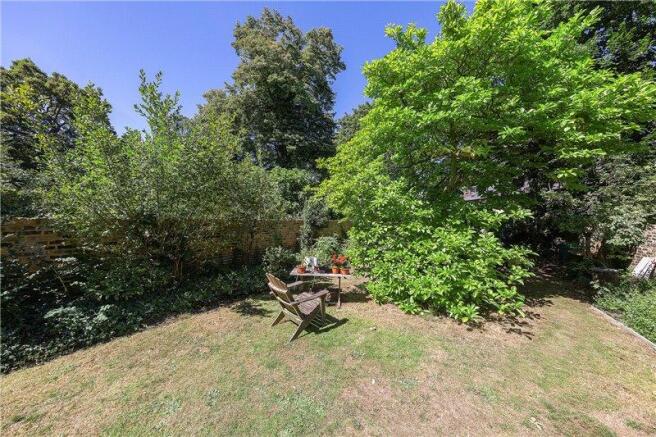 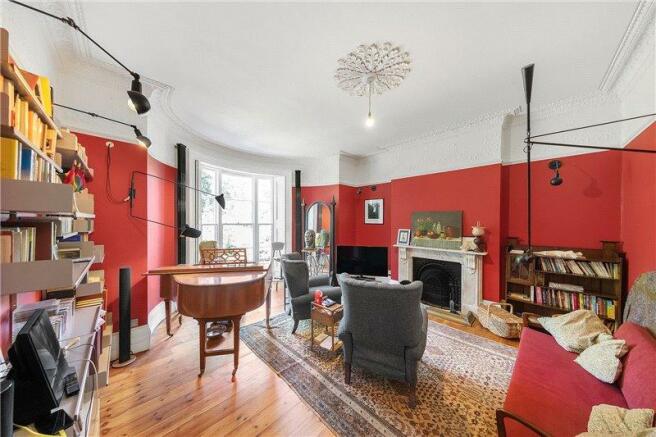 This impressive mid-19th Century house retains many of the original features such a mouldings and doors, set over four floors and is just over 3500sqft. The top floor consists of two extremely large bedrooms and a family bathroom. Both bedrooms have more than enough space for a king-size bed, as well as plenty of storage. The family bathroom contains a bath and separate walk-in shower as well as heated towel rails.

The first floor is a similar layout with two very large bedrooms and a family bathroom, although this bathroom doubles as an en-suite for the bedroom at the front of the property.

The raised ground floor consists of a sizable separate eat-in kitchen at the front and a reception room at the rear. It is also wider than the first and second floor and benefits from two additional rooms on the side. The kitchen itself benefits from an abundance of storage, as well as space for an American-style fridge/freezer, a rangemaster double oven with gas hob and extractor fan above, a dishwasher and a large dining table and chairs.

The living room is a wonderful space with a floor-to-ceiling curved bay window overlooking the garden below. Benefitting from impeccably high ceilings, wooden flooring and a beautiful marble fireplace, this room also has space for a large sofa and coffee table and currently accommodates a grand piano.

The two smaller rooms located to the left of the entrance are extremely useful and can be used for a number of options, those currently being an additional spare bedroom and a utility room containing the washer/dryer.

The garden is over 85ft in length and is almost unrivalled in size within the area.

Location:
The house is located on the Clapham Road between Stockwell and Oval tube stations. The property is also within proximity to the Vauxhall/ Nine Elms/ Battersea Opportunity area, the site of the new US Embassy and New Covent Garden Market.

Directions:
Stockwell Underground Station (Victoria & Northern Line) is approximately 0.1 miles away. Vauxhall Overground/Underground Stations (Victoria & National Rail) are less than a mile away. Both South Lambeth Road and Wandsworth Road are well served by frequent bus services into Central London. Additionally, a new station at Nine Elms is due for completion in 2020, forming part of the Northern Line extension. 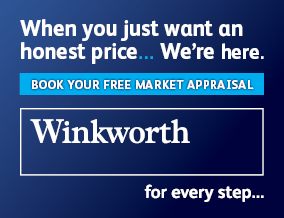 Winkworth was established in 1835 and, in 1981, became the UK's first franchised estate agency operation. Now, with a network of over 80 offices and, as an active supporter of industry regulation, Winkworth is a familiar and trusted feature of the estate agency landscape. Along with an extensive London presence, Winkworth has offices spanning the UK and an increasing international presence.

Disclaimer - Property reference KEN200231. The information displayed about this property comprises a property advertisement. Rightmove.co.uk makes no warranty as to the accuracy or completeness of the advertisement or any linked or associated information, and Rightmove has no control over the content. This property advertisement does not constitute property particulars. The information is provided and maintained by Winkworth, Kennington Sales. Please contact the selling agent or developer directly to obtain any information which may be available under the terms of The Energy Performance of Buildings (Certificates and Inspections) (England and Wales) Regulations 2007 or the Home Report if in relation to a residential property in Scotland.