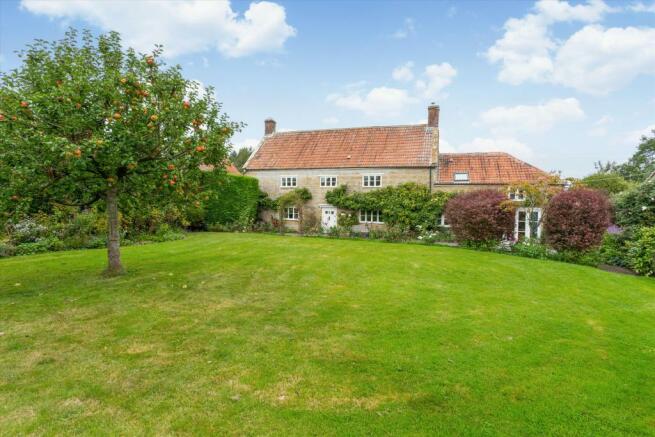 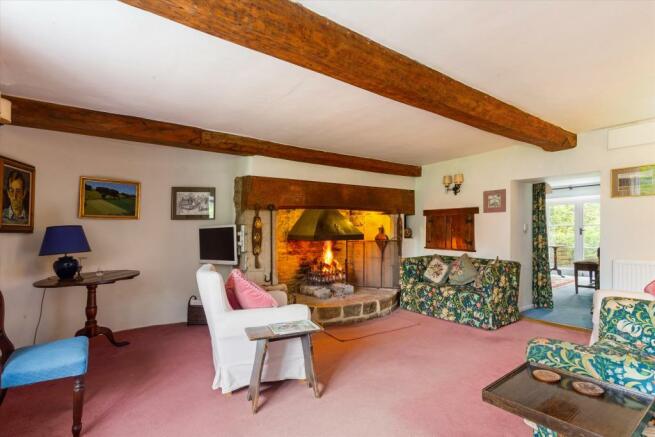 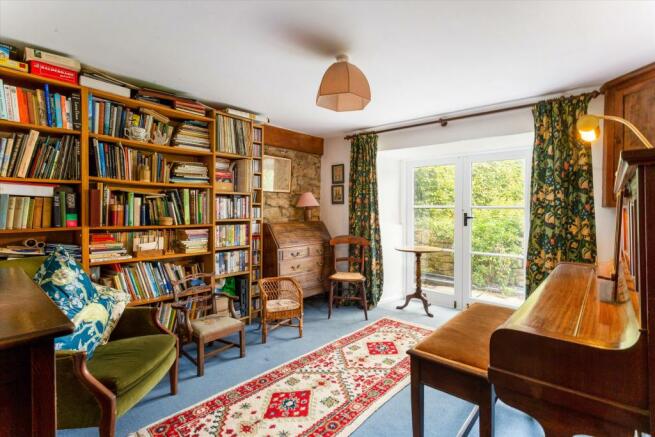 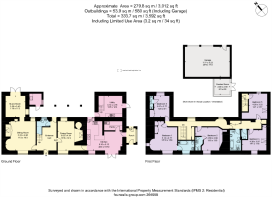 Dating from the 17th century, Brook Cottage is a lovely example of a small Somerset farmhouse and as was common at the time, the front of the cottage faces south-west to ensure that the house gets natural light throughout the day. Built of local Lias and Cary stone with Doulting stone dressings and a clay tiled roof, Brook Cottage is Grade II listed and comprises the original farmhouse with a later
attached barn, which has been converted and incorporated sympathetically. Internally all the rooms have good ceiling heights, although there are two lower beams between the dining room and kitchen.

The house incorporates many examples of clever stone engineering and has retained many of its original architectural features. These include beams, window seats, an inglenook fireplace in each of the two principal reception rooms (one incorporating a salt store), 17th century panelling in the sitting room, the second largest smoking chamber in Somerset on the first floor and an apple loft in the roof space. The cottage has a welcoming reception hall with a part-stone flagged floor with the well-proportioned sitting and dining rooms
on either side. Both rooms have window seats with a view across the formal part of the garden. There is a study off the sitting room from where cider was served to patrons when the house was used as a cider house. Adjacent to the dining room is the L-shaped kitchen/breakfast room which is fitted with painted timber units under timber work surfaces and a 2-oven Rayburn. Also on the ground floor are the cloakroom, boot room and laundry room and extending along much of the back of the cottage is a covered loggia with a storeroom at one end. The first floor comprises the principal bedroom with en suite bathroom, two double bedrooms both with en suite shower rooms, two further double bedrooms (one currently used as an office), family bathroom and separate WC.

Brook Cottage sits centrally within its grounds, which provide an abundance of colour through much of the year with year round
privacy afforded by tall hedging supplemented by a variety of mature trees. The cottage is approached via a shrub-lined drive curving round to a parking and turning area overlooked by a loggia abutting the boot room and opposite the double garage with integral garden store. Behind the garage is the glazed garden room beside a paved seating area and small pond, which overlook both the formal and kitchen gardens. The formal garden extends out from the purple and white wisteria clad front of the cottage with a level lawn fringed by a deep rose and herbaceous borders containing many David Austin shrub roses. At the rear of the cottage is a further area of lawn bisected by the driveway. On the far side of the drive is an extensive area of lawn studded with a variety of mature specimen and fruit trees and extending to the River Cam, which forms the eastern boundary and which is fringed with further mature broadleaf trees. In all, the garden extends to about 0.75 acre (0.3 hectare).

Owing to our commitment to keep both our colleagues and clients safe during this period of recommended isolation, we also have many self-serve viewing options available to you. Please contact the office to see which self-serve options this property has to offer. These may include video guided walkthroughs, 360 virtual reality viewings and enhanced comprehensive photography.

Brook Cottage land is bounded by the River Cam in a peaceful and private position on a no-through road on the edge of the small but thriving village of North Cadbury. The village has excellent amenities with a pub, village shop, church and popular C of E primary school and pre-school. The health centre and post office is in the neighbouring village of Queen Camel (4.1 mil 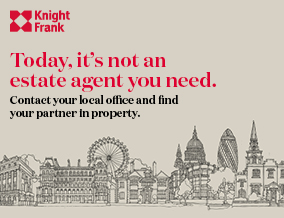 Disclaimer - Property reference SHE012096575. The information displayed about this property comprises a property advertisement. Rightmove.co.uk makes no warranty as to the accuracy or completeness of the advertisement or any linked or associated information, and Rightmove has no control over the content. This property advertisement does not constitute property particulars. The information is provided and maintained by Knight Frank, Sherborne. Please contact the selling agent or developer directly to obtain any information which may be available under the terms of The Energy Performance of Buildings (Certificates and Inspections) (England and Wales) Regulations 2007 or the Home Report if in relation to a residential property in Scotland.