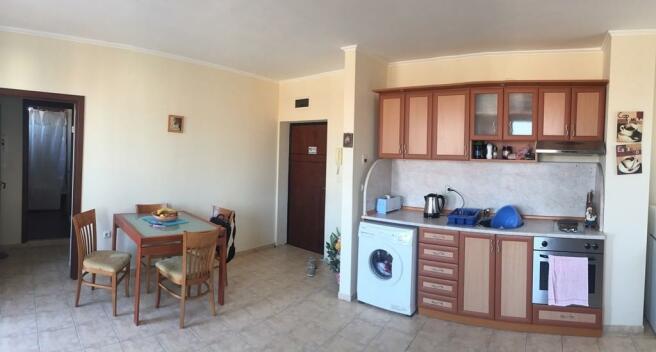 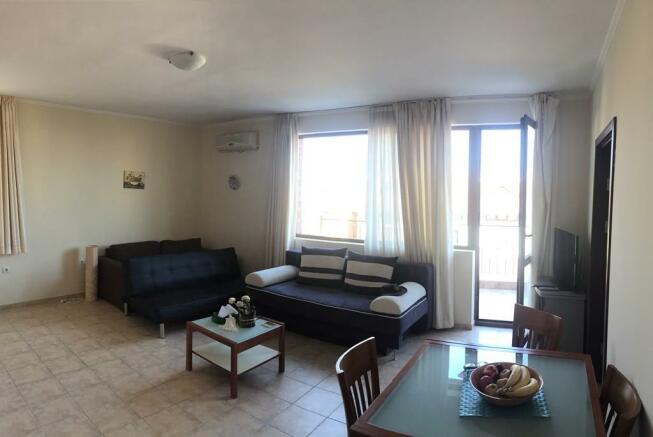 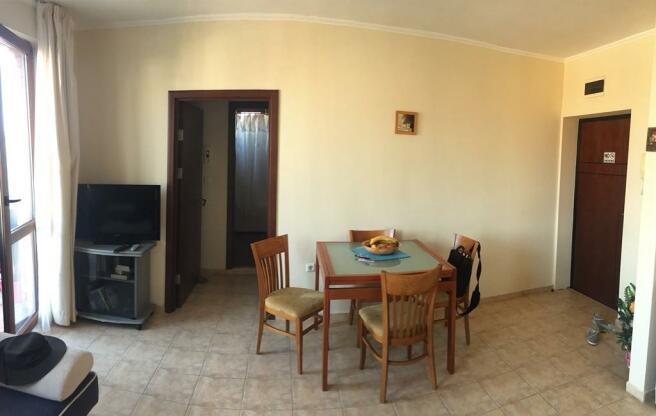 Appreciating Assets are delighted to offer this spacious 74m2, One bedroom bedroom 4th floor apartment in Apollon 2 to the market. The property comes to the market fully furnished at the very reasonable asking price of just £31,500.

The property has been wonderfully furnished and is in turnkey condition, allowing you to enjoy or rent the property immediately. It has mainly been used the current owners as a family holiday home and as such it has seen very little wear.

At 74m2 it is very spacious and could comfortably accommodate six to people.

The Apollon 2 apartment complex consists of a range of luxury hotel facilities: spa centre, private and modern swimming pool with outdoor bar, restaurant , communal garden, luxurious common parts, parking area. The apartments are suitable for permanent residing as well as for renting out in the summer season.


The Development has been constructed to the highest modern standards which include:

The entire building has been thermo insulated for maximum temperature protection


Nessebar is an ancient town and one of the major seaside resorts on the Bulgarian Black Sea Coast, located in Burgas Province. It is the administrative centre of the Nessebar Municipality Often referred to as the "Pearl of the Black Sea", Nessebar is a rich city-museum defined by more than three millennia of ever-changing history.

It is a one of the most prominent tourist destinations and seaports on the Black Sea, in what has become a popular area with several large resorts-the largest, Sunny Beach is situated immediately to the north of Nessebar.

Nesebar has on several occasions found itself on the frontier of a threatened empire, and as such it is a town with a rich history. The ancient part of the town is situated on a peninsula (previously an island) connected to the mainland by a narrow man-made isthmus and it bears evidence of occupation by a variety of different civilisations over the course of its existence. Its abundance of historic buildings prompted UNESCO to include Nessebar in its list of World Heritage sites in 1983.

This is a property advertisement provided and maintained by Appreciating Assets, Bulgarian Property Sales (reference Prop3076) and does not constitute property particulars. Whilst we require advertisers to act with best practice and provide accurate information, we can only publish advertisements in good faith and have not verified any claims or statements or inspected any of the properties, locations or opportunities promoted. Rightmove does not own or control and is not responsible for the properties, opportunities, website content, products or services provided or promoted by third parties and makes no warranties or representations as to the accuracy, completeness, legality, performance or suitability of any of the foregoing. We therefore accept no liability arising from any reliance made by any reader or person to whom this information is made available to. You must perform your own research and seek independent professional advice before making any decision to purchase or invest in overseas property.