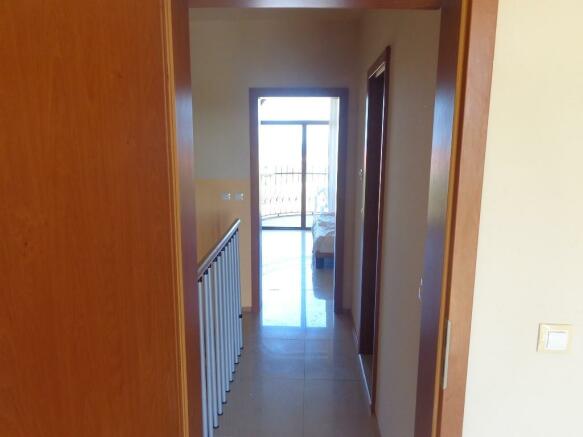 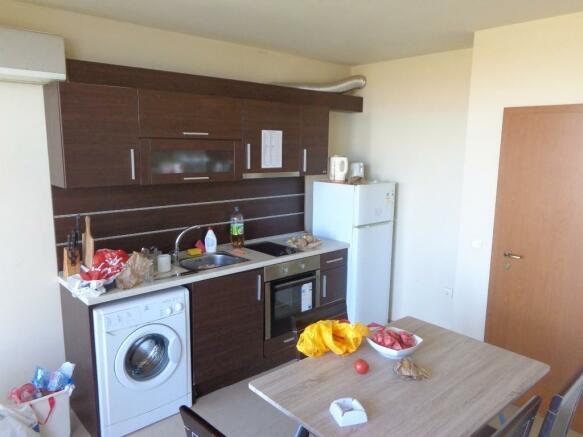 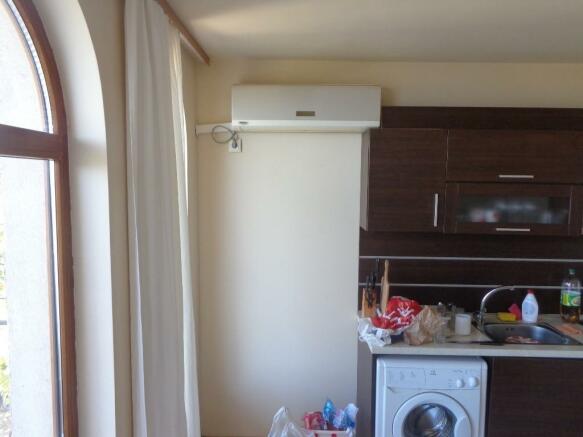 Appreciating Assets are very pleased to offer this two bedroom duplex with a sea view to the market for sale at just £49,000.

The property is located on the third floor of the building and spans two floors. At 107 m2 in size the property is very spacious and very well presented. The first floor comprises of the kitchen, living area, bathroom and stairs to the second floor. The kitchen is fully equipped and the living area has been well furnished to provide all the comforts of home.

Both floors offer a sea view.

Greenhills is located just 1 km from Kavacite Beach and is firm favourite of those wishing to enjoy a quiet and relaxing holiday.


Sozòpol (Bulgarian: , Greek: Sozopolis / ??? ?????) is an ancient seaside town located 35 km south of Burgas on the southern Bulgarian Black Sea Coast. Today it is one of the major seaside resorts in the country, known for the Apollonia art and film festival (which takes place in early September) that is named after one of the town's ancient names.

The busiest times of the year are the summer months, ranging from May to September as tourists from around the world come to enjoy the weather, sandy beaches, history and culture, fusion cuisine (Balkan, Mediterranean), and atmosphere of the colourful resort.

Sozopol is one of the oldest towns on Bulgarian Thrace's Black Sea coast. The first settlement on the site dates back to the Bronze Age. Undersea explorations in the region of the port reveal relics of dwellings, ceramic pottery, stone and bone tools from that era. Many anchors from the second and first millennium BC have been discovered in the town's bay, a proof of active shipping since ancient times.

The current town was founded in the 7th century BC by Greek colonists from Miletus as Antheia. The name was soon changed to Apollonia, on account of a temple dedicated to Apollo in the town, containing a famous colossal statue of the god Apollo by Calamis, 30 cubits high, transported later to Rome by Lucullus and placed in the Capitol.

The coins, which begin in the fourth century BC, bear the name Apollonia and the image of Apollo; the imperial coins, which continue to the first half of the third century AD, and the Tabula Peutinger also contain the name Apollonia; but the "Periplus Ponti Euxini", 85, and the Notitiæ episcopatuum have only the new name Sozopolis. In 1328 Cantacuzene (ed. Bonn, I, 326) speaks of it as a large and populous town. The islet on which it stood is now connected with the mainland by a narrow tongue of land. Its inhabitants, in the past mostly Greeks, lived by fishing and agriculture.

The town established itself as a trade and naval centre in the following centuries. It kept strong political and trade relations with the cities of Ancient Greece - Miletus, Athens, Corinth, Heraclea Pontica and the islands Rhodes, Chios, Lesbos, etc. Its trade influence in the Thracian territories was based on a treaty with the rulers of the Odrysian kingdom dating from the fifth century BC.

The symbol of the town - the anchor, present on all coins minted by Apollonia since the sixth century BC, is proof of the importance of its maritime trade. The rich town soon became an important cultural centre. At these times it was called Apollonia Magna.

Ruled in turn by the Byzantine, Bulgarian and Ottoman Empires, Sozopol was assigned to the newly independent Bulgaria in the 19th century. At the outbreak of the Greek War of Independence (1821) prominent local personalities were arrested and executed by the Ottoman authorities due to participation in the preparations of the struggle.

Almost all of its Greek population was exchanged with Bulgarians from Eastern Thrace in the aftermath of the Balkan Wars. In 2011 the remainings of an ancient Greek settlement, part of Apollonia, were excavated in the small island of St. Kirik (Saint Cerycus) off Sozopolis.

Since 1984 Sozopol hosts the Apollonia art festivities every September, which include theatre shows, exhibitions, movies, musical and dance performances, book presentations and other cultural events.

This is a property advertisement provided and maintained by Appreciating Assets, Bulgarian Property Sales (reference Prop3072) and does not constitute property particulars. Whilst we require advertisers to act with best practice and provide accurate information, we can only publish advertisements in good faith and have not verified any claims or statements or inspected any of the properties, locations or opportunities promoted. Rightmove does not own or control and is not responsible for the properties, opportunities, website content, products or services provided or promoted by third parties and makes no warranties or representations as to the accuracy, completeness, legality, performance or suitability of any of the foregoing. We therefore accept no liability arising from any reliance made by any reader or person to whom this information is made available to. You must perform your own research and seek independent professional advice before making any decision to purchase or invest in overseas property.