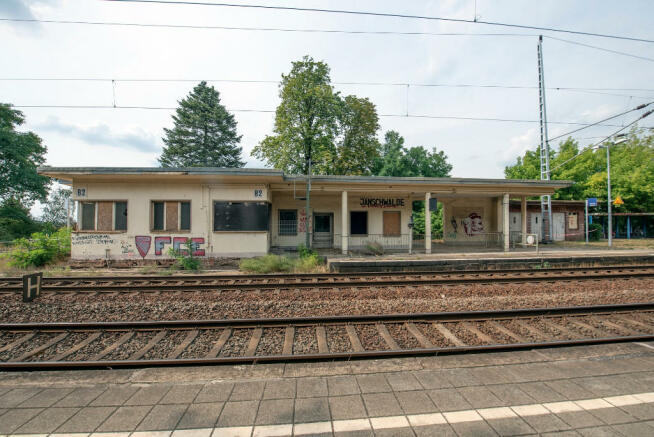 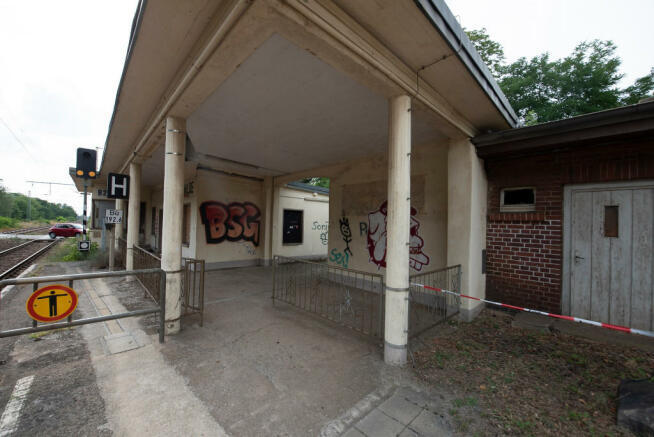 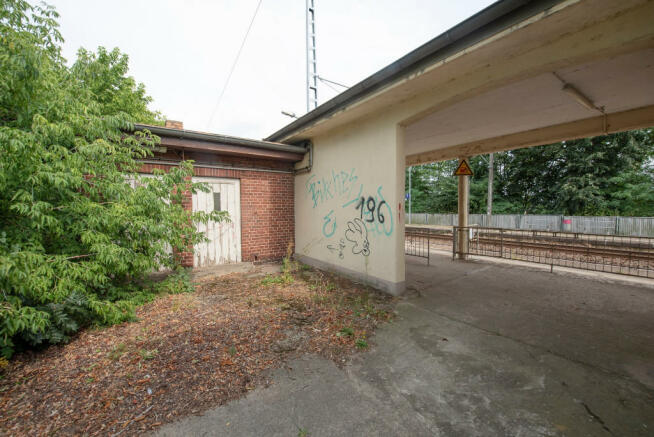 Welcome to Brandenburg, Germany, and our latest offering.

In big demand is former railway stations in Germany. As well as being practical (Rail connection literally right to your front door, great passing trade etc), this former ticket office and waiting room is freehold.

A large tract of land comes with the property, this is lightly wooded, great for adding log cabins or simply have a large garden.

Here is why this property should be on your list:

- Its less than 1.5 Hours by car from Berlin's main airport, or less than 2 hours by train (Right to your front door!)

- The town has an airport. Yes its not currently running major flights, but Tui, Lufthansa and Germania use it for flight training. The airport hosts an aviation museum and flight school. The airport was purchased in 2019 by a consortium led by entrepreneur Dietmar Wilke. The plans laid out are to create a new flight school and a maintenance company for aircraft and helicopters, and put the restaurant back into service.

- The town is prosperous and employment levels are high.

- There is plenty to do in town including watching (And participating in) motor racing and football (The town has its own pro football team that flies out from the airport to matches nation wide).

- For the practical, there is a nursery, primary school, community centre (Activities there include crafting afternoons, a library, and sport programs including judo). There is also shops and more.

So, a brilliant property in a great location, with a great future. But there is more. Less than 20 Mins by car and you are in Guben. Guben has two sides, one half is in Poland, the other half is in Germany. The only element splitting the two countries is the river Lusatian Neise. On the Germany side you'll find everything from supermarkets to museums and a super modern hospital. Cross the bridge by car or on foot and Polish Guben is much cheaper, plus you'll find there is a Tesco, Macdonalds and supermarkets selling some rather cheap food and alcoholic beverages (You now know where to get the weekly shopping!). One more tip would be to visit the Eurocash cash and carry there.

This is a property advertisement provided and maintained by Octary LTD, Edinburgh (reference janstation) and does not constitute property particulars. Whilst we require advertisers to act with best practice and provide accurate information, we can only publish advertisements in good faith and have not verified any claims or statements or inspected any of the properties, locations or opportunities promoted. Rightmove does not own or control and is not responsible for the properties, opportunities, website content, products or services provided or promoted by third parties and makes no warranties or representations as to the accuracy, completeness, legality, performance or suitability of any of the foregoing. We therefore accept no liability arising from any reliance made by any reader or person to whom this information is made available to. You must perform your own research and seek independent professional advice before making any decision to purchase or invest in overseas property.