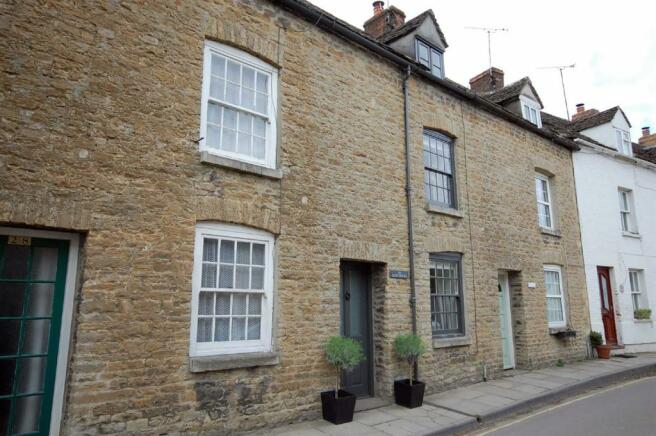 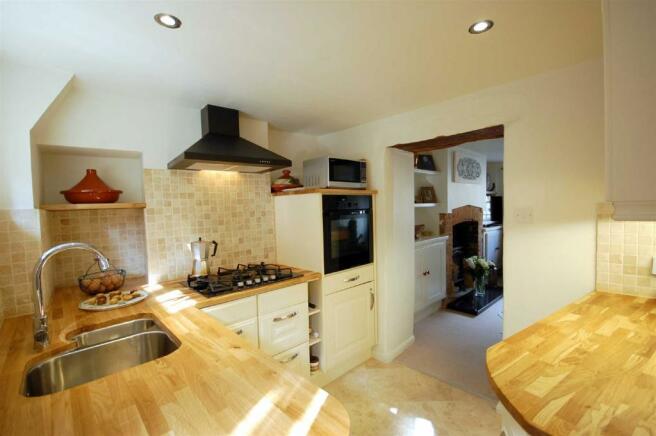 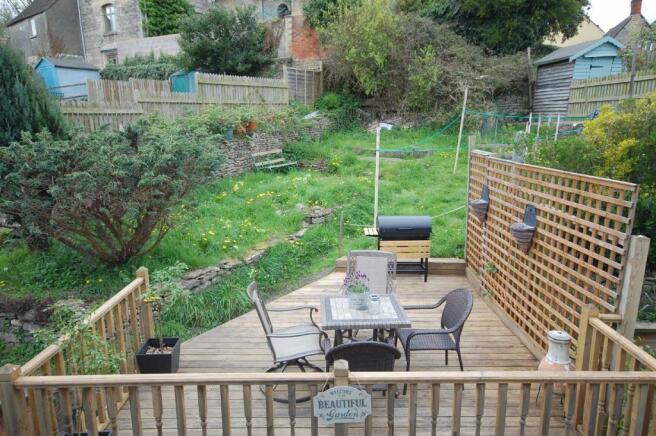 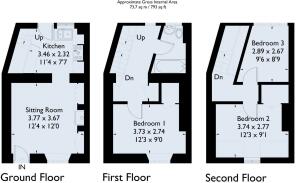 The Property - This Listed period cottage has elevations of Cotswold stone beneath a stone tile covered roof and dates from the early 19th Century. At the rear is a three storey extension that has recently been re-roofed and the cottage has been renovated by the current owner to a high standard. Works included a new combination gas boiler in 2015, travertine tiles in the bathroom and kitchen, which has electric under floor heating, replacement of the front and back door, plus the rear windows. A log burner has been installed in the sitting room, a number of the ceilings have been replaced and the electrical system was rewired with a new consumer unit in 2011. Period features include sash windows in the sitting room and bedroom one, exposed beams and some original floor boards.

The Accommodation - The front door leads into the sitting room which has a brick edged fireplace, fitted with a log burning stove, with built-in cupboards either side with shelves over. An opening leads through to the refitted kitchen which has a range of units with oak work surfaces, a built-in electric oven and gas hob with extractor over. There is under counter space for a washing machine and fridge. On the first floor landing is a shelved linen cupboard. The main bedroom has a built-in wardrobe and exposed elm floor boards, while the bathroom next door has a rain shower over the bath. On the second floor are two further double bedrooms, one with painted beams and a built-in double wardrobe.

Outside - At the rear, steps lead up to a shared courtyard area with a storage shed, the middle one of three. Further steps lead to an area of decking, enclosed by balustrades and trellis.

General - All mains connected. The gas combination boiler is in the stairwell and provides central heating and hot water. Council tax Band B - £1644.68 payable for 2020/21.

Location - Malmesbury lies close to the border of Wiltshire and Gloucestershire, 14 miles south of Cirencester and 10 miles north of Chippenham, with Swindon 16 miles to the east and Bath 24 miles to the west. It has a good selection of shops including a Waitrose supermarket, a regular farmers' market, a library, museum, leisure centre with pool, two primary schools and a "High Performing Academy" secondary school. J17 of the M4, 5 miles south, provides access to the area's major employment centres and there are trains to Paddington in just over an hour from Chippenham, Kemble and Swindon.

Directions To Sn16 9Bw - From M4 junction 17 head north for 5 miles until reaching Malmesbury. At the priory roundabout take the first exit, continue over the river bridge and take the first right into St John Street. 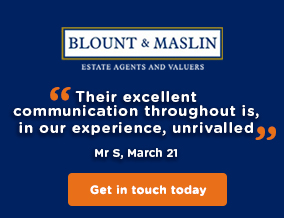 We are the only agent in Malmesbury dedicated to selling homes. We pride ourselves on realistic pricing and have an exceptionally high percentage of sales that reach completion.

We are fiercely independent and pride ourselves on giving impartial and honest advice. We provide a personal and attentive service from appraisal to completion.

We operate on a 'no-sale no-fee' basis and our sole agency contract can be terminated immediately, if you are unsatisfie

Disclaimer - Property reference 30467638. The information displayed about this property comprises a property advertisement. Rightmove.co.uk makes no warranty as to the accuracy or completeness of the advertisement or any linked or associated information, and Rightmove has no control over the content. This property advertisement does not constitute property particulars. The information is provided and maintained by Blount & Maslin, Malmesbury. Please contact the selling agent or developer directly to obtain any information which may be available under the terms of The Energy Performance of Buildings (Certificates and Inspections) (England and Wales) Regulations 2007 or the Home Report if in relation to a residential property in Scotland.