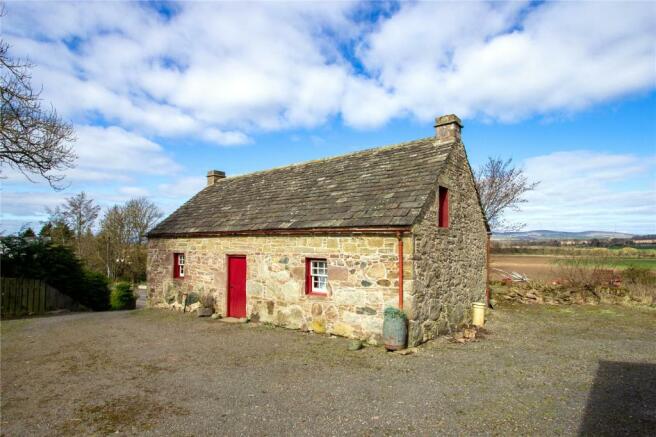 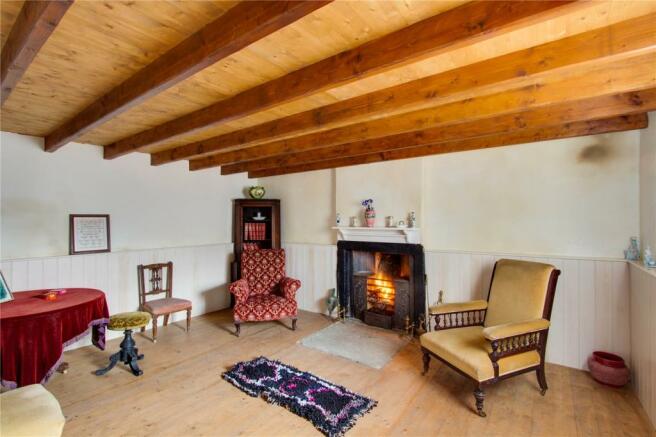 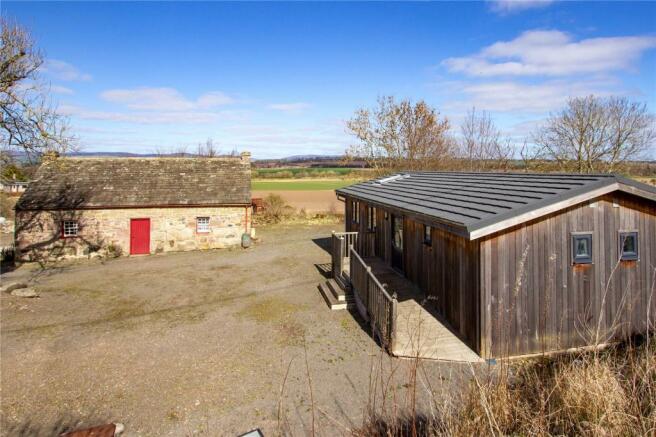 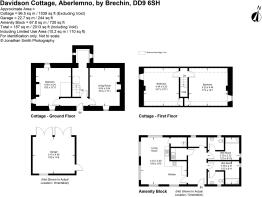 Iconic Motorcycle Legacy. Scottish home of the Davidsons of Harley-Davidson®.

Historical Note
Davidson Cottage, which was formerly known as Netherton Cottage, dates from the 1720s. Alexander Davidson (or Sandy) and his wife Margaret, lived in the cottage and he worked for the local estate at the neighbouring blacksmiths. They lived in the cottage with their six children, along with two other workers. In 1858, aged 52, he and his family emigrated to the United States, and one of their sons died of “a ship fever” shortly after their arrival, but they settled in Milwaukee, where the family prospered. The middle son, William C Davidson (1846-1923), who was born in Scotland, at Netherton, followed his father into the railroad industry as a cabinet maker, and had a fascination for all things mechanical. His three sons, Arthur, Walter and William A, saw the early stages of the motorised world, and powered cycles. They thought they could do better and with Arthur’s friend, Bill Harley, started the legend that was to become Harley Davidson. Their father, William C, built their first workshop, now affectionately known as “The Shed” where the iconic motorcycle was born, in 1903.

By 2008 the cottage was a crumbling ruin, although part of it had continued to be occupied until 2002. It was acquired by the sellers, who were Harley Davidson enthusiasts and set about an ambitious restoration programme to restore the house, back to how it would have looked in 1858, when the Davidsons emigrated. They also set up the Davidson Legacy and the Netherton Cottage Development Co. The renovations were completed in 2012.

Having saved the cottage the sellers have, through their companies, sought to preserve and enhance it as a destination for enthusiasts, initially through selling
merchandise, but also from 2019 by doing holiday lets offering the experience of staying in an “authentic” 19th century cottage. In 2012 the Amenity Block was built to service the original cottage, and this includes an open plan kitchen and living room, together with two wet rooms and stores. Visitors, mainly Harley Davidson enthusiasts, have come from around the world, and there is a website –

Davidson Cottage is a charming 18th century cottage, which has been fully restored to its mid 19th century incarnation. The cottage stands within its own grounds. It is stone built, with a Carmyllie stone slate roof. The renovations were substantial. The cottage was stripped back to the walls and it was completely re-roofed. Lime mortar was used, so as to be authentic and in keeping. Internally new floors were laid and wiring installed but again to be authentic there are hidden power sockets, and the light fittings are built into the wall panelling. There is no water or drainage.

The Amenity Block is in effect a moveable building, which was erected in two principal sections. It is ancillary to the cottage and was put up to provide services to the original building, and is used as such by visitors and guests to the property. It is cedar clad with a Metrotile roof and double glazing.

It has steps and a ramp up to wooden decking. A partially glazed entrance door opens to a hallway which has a timber lined ceiling and two walk in stores, one with a sink. Off this is the living room / kitchen. The kitchen area has fitted units with self closing drawers and appliances include a Zanussi oven and ceramic hob with extractor, Panasonic microwave, Logik fridge and a sink. The living area has full length windows to make the most of the panoramic views and a timber lined ceiling. Off this is the boiler room which has a Gledhill hot water tank and a Heatrae Sadia Amptec boiler. Also off the hallway are two wet rooms / changing rooms with showers with wet walling and separate WCs with washbasins.

Adjacent is a cedar clad double garage (5.1 m x 4.45 m (approx.) which has a concrete floor and Metrotile roofing.

Davidson Cottage is situated between Forfar and Brechin, with far reaching views north over Strathmore to the Angus Glens beyond. The cottage is situated at Netherton, about 2 miles east of Aberlemno, on the south side of the River South Esk. Finavon Hill lies to the west, while the Angus coastline is only some 10 miles to the east.

Angus is well known for its range of outdoor pursuits. Fishing can be taken on the North and South Esks. The Angus Glens provide some of the best hill walking in eastern Scotland, together with skiing at Glenshee. Loch fishing is available locally at Rescobie. There are local golf courses at Forfar, Brechin and Edzell, and Carnoustie is also within easy driving distance. There are pleasant sandy beaches at Lunan Bay and at St Cyrus, which is a nature reserve, as is the nearby Balgavies Loch. Locally there are walks in Montreathmont Forest. The Murton Farm and Nature Reserve is located close by, and Sinclair’s Kitchen at Foresterseat, is a well known local restaurant.

There is a primary school at Aberlemno. The towns of Brechin and Forfar provide extensive shopping, together with secondary schools, health centres, leisure centres and business facilities.

The A90, at Forfar and Brechin, provides fast access to Dundee and Aberdeen. These provide all the services expected of major cities, while Perth and Edinburgh are also within reasonable driving distances. Journey times to Aberdeen and Aberdeen Airport have been much improved with the opening of the Western Peripheral Route. There are east coast mainline railway stations at Montrose and Arbroath with a sleeper service. Both Aberdeen and Edinburgh airports provide a range of domestic and European flights and there is a service from Dundee Airport to London City.

The nearby Aberlemno Stones reveal the importance of Pictish culture in the area. One of the stones is believed to commemorate the battle of Nechtansmere at nearby Dunnichen in 685AD, when Brude, a Pictish King, defeated King Ecgrith of Northumbria, thus reclaiming this part of Scotland for the Picts. There are many other renowned tourist attractions in the area including Glamis Castle, childhood home of the Queen Mother, and House of Dun (National Trust for Scotland).

If coming from the south on the A90 dual carriageway turn off at Forfar and then take the B9134 signposted to Aberlemno. Proceed through Aberlemno and continue on to Netherton, and just after the turning for Balglassie, the cottage will be seen on the right.

Alternatively if coming from the north on the A90 take the second turning for Brechin on to the A935, passing the Brechin Castle Centre. Before reaching Brechin turn right onto the B9134 signposted to Aberlemno. Continue for just over 3 miles, following signs for Aberlemno, and in Netherton proceed past the cottage on the left, until the dropped kerb.

Disclaimer - Property reference BHS210008. The information displayed about this property comprises a property advertisement. Rightmove.co.uk makes no warranty as to the accuracy or completeness of the advertisement or any linked or associated information, and Rightmove has no control over the content. This property advertisement does not constitute property particulars. The information is provided and maintained by Savills, Brechin. Please contact the selling agent or developer directly to obtain any information which may be available under the terms of The Energy Performance of Buildings (Certificates and Inspections) (England and Wales) Regulations 2007 or the Home Report if in relation to a residential property in Scotland.