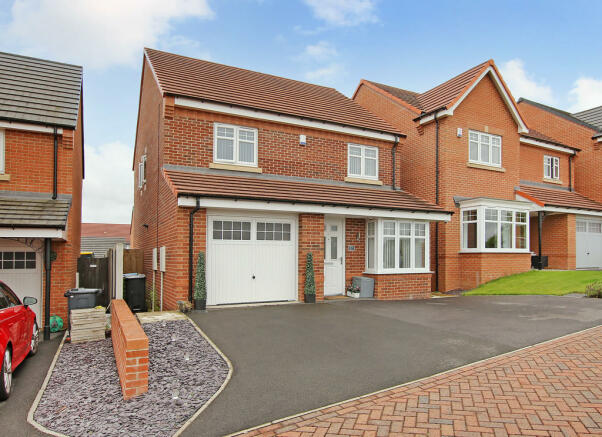 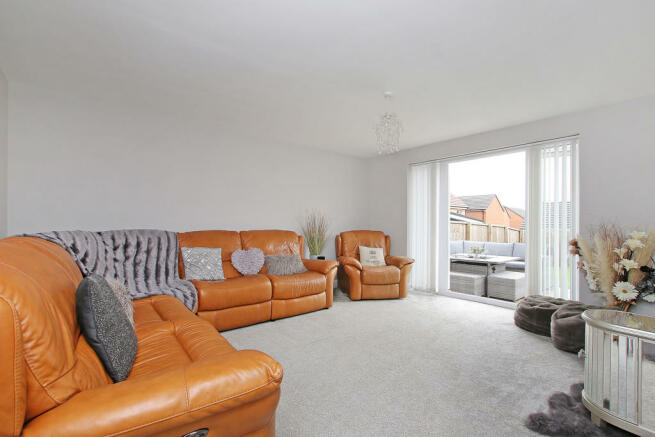 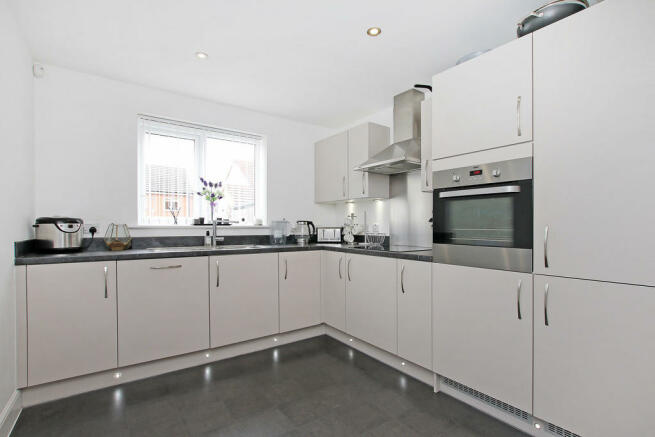 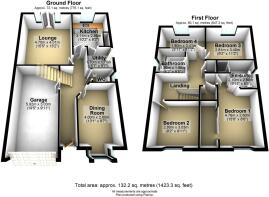 GUIDE PRICE £325,000-£330,000
Quietly tucked away on this no through road in the heart of this well sought after residential development is this immaculately presented and very deceptive four bedroomed detached family home. Enjoying one of the largest plots with a south facing sun trap private garden, off road parking for two cars and attached integral garage. Offering huge potential to further extend to the rear if required and subject to planning to create a forever family home. With super spacious and light accommodation across two floors it's easy to see why this property will be of particular interest to the growing family market and simply must be viewed internally to be fully appreciated. Located in this ultra popular suburb of Mosborough win easy reach of numerous local amenities, well sought after schooling catchments, commuting motorway networks and the open countryside.

The S20 postcode is situated to the south east of Sheffield city centre, equidistance between Rotherham and Chesterfield. With the most northerly part of the area, Beighton, skirting the A57, there is easy access to the M1 motorway system.

You can reach Sheffield city centre by car in approximately half an hour, so have the convenience of not being too far from all that Sheffield city centre can offer. You are, however, far enough away for the house prices to reflect this, therefore making living in S20 comparatively affordable. The housing here reflects this too, with the majority of houses being detached closely followed by semi-detached and then terraced.

The area is popular with families and is served by the following nurseries and schools:

Heathlands Park is situated in S20 and is a large park approximately 2.2 hectares in size. In the Halfway area, the formation of 'Friends of heathlands Park' demonstrates the community spirit of this area amongst lots of its residents and the group have helped dictate how some much needed funds were spent on the park. Paths have been improved, there have been new play areas for children built and an orchard has been planted which is open to the public when the fruit is ripe. There is even a Facebook page which notifies when the fruit is good to pick.

If you like to 'grow your own' then S20 is served by 3 allotments: Beighton Allotments, Reignhead Farm Allotments and Moss Way Allotments.

Rother Valley Country Park isn't quite in S20, but it is so close it deserves a mention. The park covers 3 square kilometres (740 acres) and has four artificial lakes, recreational activities and nature reserves.

If the weather warrants finding an indoor activity to do with the kids, then luckily in S20 there is the Runaround Playcentre. Complete with a café for parents, the playcentre boasts indoor football and basketball, 4 lane astra slide, large spiral slide, talking tree, ball shower, climbing rocket and a specific 0-3 years area for the little ones.

S20 is not short of fitness facilities with Firehouse Fitness, S20 Physique and Westfield Sports Centre all being within the postcode. Westfield Sports Centre is part of the SIV group and offers a 25m indoor pool, fitness classes, multi-use sports hall, coached activities and function rooms for hire for meetings, seminars, conferences and social events.

Regarding shopping, each township has their own collection of local shops and supermarkets. You do not however, have to venture into the city centre if you require some more robust retail therapy. Crystal Peaks Shopping Mall has approximately 600,000 sq ft of retail space with a range of High Street stores including, Next, Burton, Dorothy Perkins, Boots, New Look, Marks and Spencer and Clarks. The Centre also has an indoor market operated by Sheffield City Council, a medical centre, veterinary surgery and a range of other facilities and services. The retail park is located within walking distance and hosts brands such as TK Maxx, Argos, Mothercare and Boots.

Despite not being in the city centre, there are numerous places you can grab a take away from should you decide against cooking one night. If you would prefer to eat out and you have kids, then the Elmwood Farm Dining and Carvery could fit the bill. Serving breakfasts and traditional pub classics they make a point of welcoming children.

The Ridgeway Arms is another family friendly pub which serves food. Alongside their traditional pub food, they have mixed things up a bit by adding their 'food challenges' to the menu. Perfect if you're into 'Man V Food'!

Damon's is a bit of a Sheffield institution, and most people who grew up in Sheffield would have at some point had a birthday here. If you bring along some form of I.D the birthday person receives their meal for free! It has everything you would expect from an American Diner.

With Crystal Peaks being in S20, you are close to many popular chain restaurants. To name a few you can find there: Costa, Greggs, KFC, Dominos, McDonalds and Subway.

S20 is a great area if you don't want the hustle and bustle of the city and the surrounding suburbs, but still don't want to long a journey should you want to venture in for shopping and leisure activities. Being close to Chesterfield and the M1 it also proves popular with commuters. 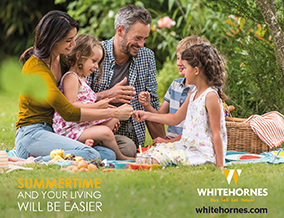 Moving is a busy and exciting time and we're here to make sure the experience goes as smoothly as possible by giving you all the help you need under one roof. Whitehorne Independent Estate Agents has always used computer and internet technology, but the company's biggest strength is the genuinely warm, friendly and professional approach that we offer all of our clients.

Why choose Whitehornes as your estate agent?

Myself and Suzanne formed Whit

Disclaimer - Property reference 100465010403. The information displayed about this property comprises a property advertisement. Rightmove.co.uk makes no warranty as to the accuracy or completeness of the advertisement or any linked or associated information, and Rightmove has no control over the content. This property advertisement does not constitute property particulars. The information is provided and maintained by Whitehornes, Banner Cross. Please contact the selling agent or developer directly to obtain any information which may be available under the terms of The Energy Performance of Buildings (Certificates and Inspections) (England and Wales) Regulations 2007 or the Home Report if in relation to a residential property in Scotland.