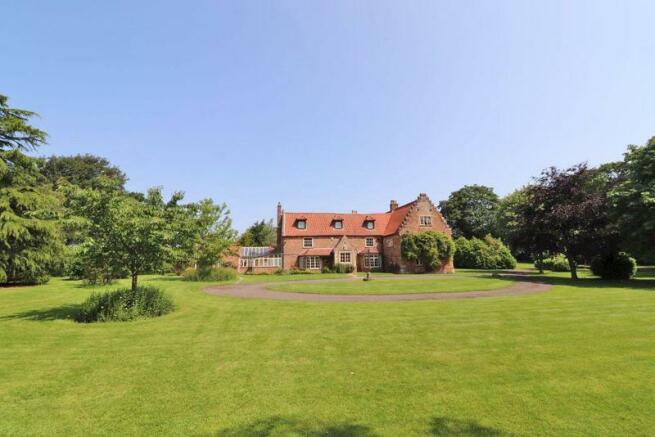 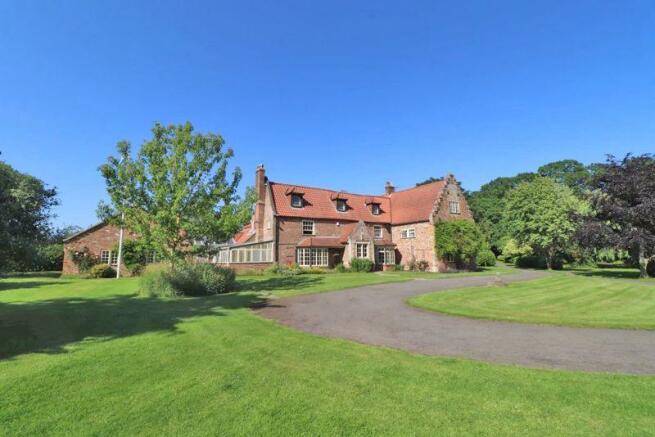 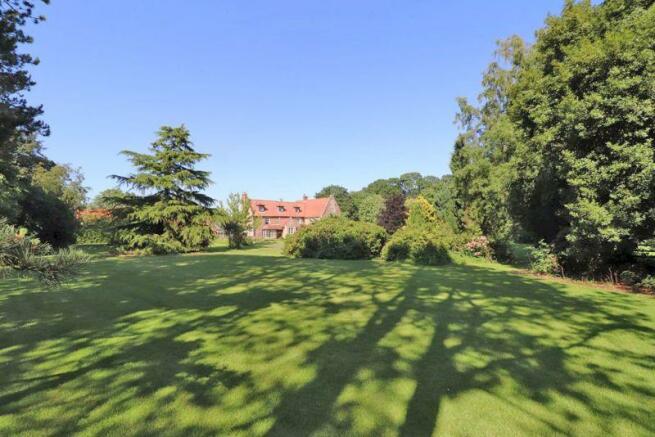 Roost Estate Agents - Bradley Manor, perhaps the most distinctive, historically rich property in Lincolnshire, a Grade II listed nine bedroom Manor House dating back to the 1500's, set within five and a half acres of mature, maintained landscaped grounds. The Manor House is built over three floors with some walls being four feet thick with much of the ancient architecture still visible today. Many historians claim that Henry VIII shot a wild boar from a top floor window at the Manor House. Throughout the three floors of the house, it maintains high levels of it's original features, from the Jacobean staircase, Robert 'Mouseman' Thompson front door, original beams and interesting joinery throughout. In total, Bradley Manor has nine bedrooms, four bathrooms, five reception rooms, heated swimming pool, orchard, wildlife pond, livestock shed and a large green house plus much more. Through the courtyard at the rear of the Manor, you will see a range of outbuildings, these contain the following; Two traditional stables, tack room, two double garages, two storey office, coal store and a party room/barn. This rare opportunity to own a Grade II listed piece of historic importance to the local area doesn't come around often and it is a brilliant chance to own not just the Manor House, but all that comes with it.

Your independent FIXED FEE AGENT where you can sell your house for just £500 Incl. VAT! Roost Estate Agents was launched in July 2020 by local Estate Agent Richard Ladd. Learning his trade in Manchester and Edinburgh, working in the cities has opened his mind into different ways a traditional Estate Agents can operate and sell your home. His thinking is that if the company can provide clients with all what they have come to expect, i.e. Floorplans, advertising

Disclaimer - Property reference 10318580. The information displayed about this property comprises a property advertisement. Rightmove.co.uk makes no warranty as to the accuracy or completeness of the advertisement or any linked or associated information, and Rightmove has no control over the content. This property advertisement does not constitute property particulars. The information is provided and maintained by Roost Estate Agents, Cleethorpes. Please contact the selling agent or developer directly to obtain any information which may be available under the terms of The Energy Performance of Buildings (Certificates and Inspections) (England and Wales) Regulations 2007 or the Home Report if in relation to a residential property in Scotland.