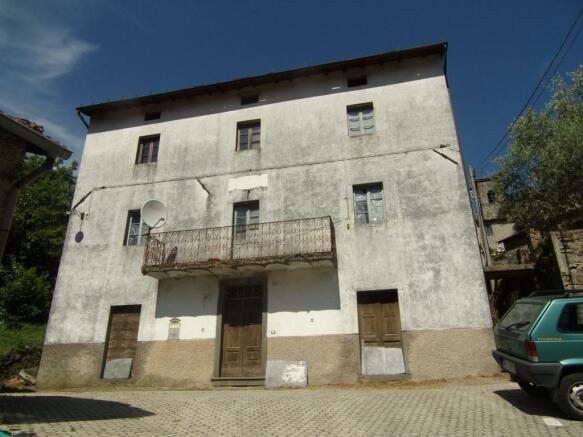 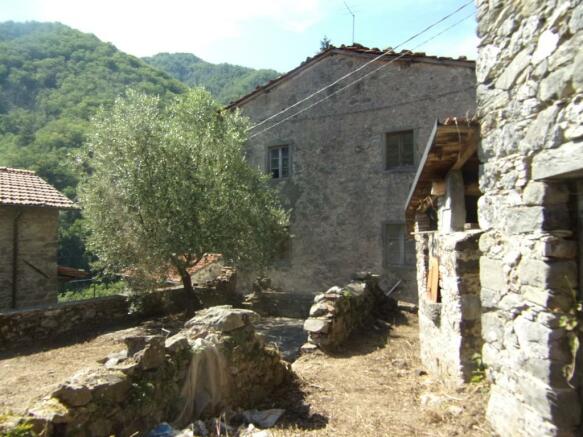 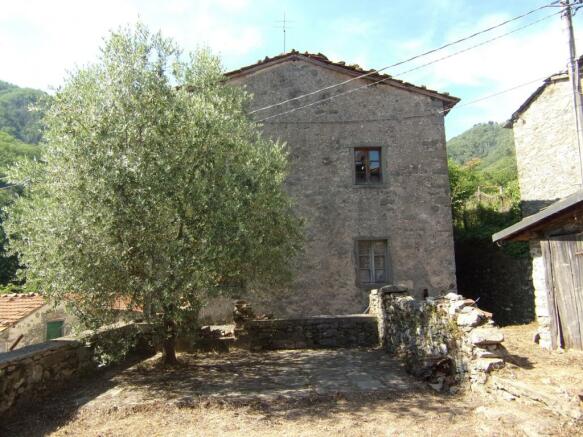 Former rural hotel located in the village of Campolemisi, in the province of Lucca, Tuscany

The property is a large former guest house, detached house with gardens.

The building is set in the rural village of Camplemisi, at the foot of Mount Matanna, a historic property free standing, with a small bridge that leads to the garden from a first floor window.

The property is set on 4 levels ; ground floor, first floor, second floor and attic spaces with a total area of approx. 240m2,

In the past the property not only as a small guest house and restaurant but also for a period served as the village bank and post office both were housed on the ground floor.

Land – the amounts to circa 850m2 divided in 2 plots, one is adjacent to the house and has its own private entrance gate and is completely walled. In this garden are 2 small building the larger was a ‘metato’ which was used during autumn harvest of chestnuts and the other is a bread oven.
The second plot is a short distance away and consists of a plot which could easily become a vegetable garden.

The building, which maintains all the original antique flavour intact, is structurally intact with stone walls, floors and roof floors in chestnut wood in excellent condition with rafters and terracotta and chestnut wood planks all the wood has been cleaned and treated.

Some general maintenance needs to be carried out such renovating windows on the first floor it is important to not the is no central heating system only wood burning fireplaces.

The building is stone built with noble proportions consists of a large central corridor on each level it has stone stairs with double ramp that connect all the floors of the building. Each of the three habitable levels has four large rooms.

On the ground floor there are two rooms at the front that were once used as a bank and post office, on the back are two rooms used as cellars;

First floor ; we have a large newly built bathroom, a kitchen, a dining area and a frescoed living room with access to a balcony.

On the landing stairs between the first and second floor there is access to the exclusive walled gardens;

Second floor; There are four bedrooms plus an old bathroom on the staircase landing.

The roof has just two opposing pitches and so the attic is more usable in the central part.

The property has great potential, it would be ideal for those who appreciate nature and see the potential of living in a rural village on the edge of a national park.

We are a firm of real estate agents specialising in properties in Tuscany. Our clients are given qualified technical, legal, financial, contractual assistance and above all discretion and professionalism.

Our staff, with more than a decade of experience in the sector, are at the service of those who decide to invest, buy or sell properties in Tuscany

This is a property advertisement provided and maintained by Dimore Toscane SRL (Houses in Tuscany .COM), Barga (reference 686) and does not constitute property particulars. Whilst we require advertisers to act with best practice and provide accurate information, we can only publish advertisements in good faith and have not verified any claims or statements or inspected any of the properties, locations or opportunities promoted. Rightmove does not own or control and is not responsible for the properties, opportunities, website content, products or services provided or promoted by third parties and makes no warranties or representations as to the accuracy, completeness, legality, performance or suitability of any of the foregoing. We therefore accept no liability arising from any reliance made by any reader or person to whom this information is made available to. You must perform your own research and seek independent professional advice before making any decision to purchase or invest in overseas property.