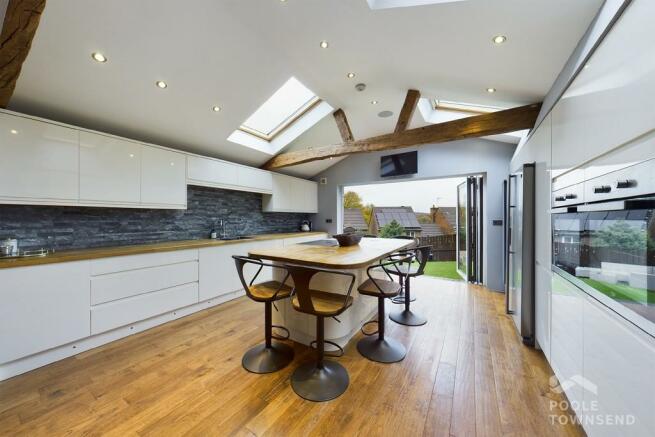 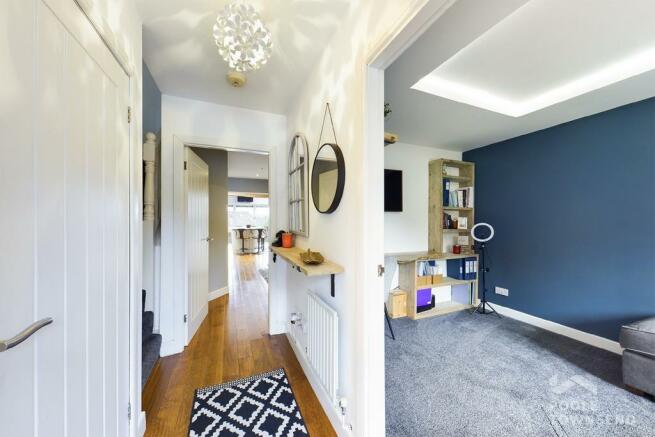 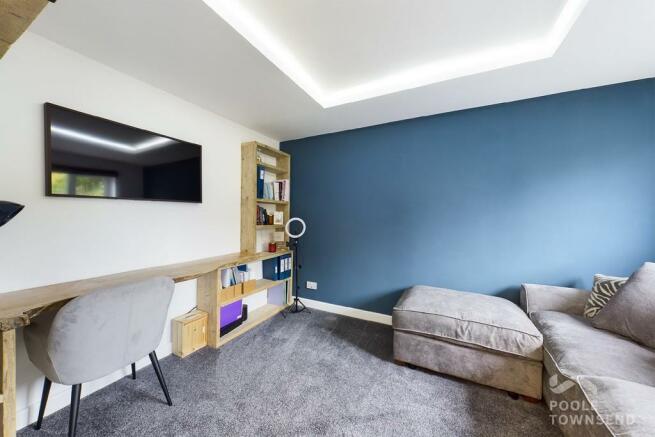 LOCATION Liddle Close is a cul-de-sac that is situated in a large, modern development on the outskirts of Barrow. The nearby area of Roose offers a bus service and railway station, Tesco Metro, Post Office/convenience store and also a primary school. Just a short distance further there are further schools, pubs and shops etc.

As you enter the house via the hallway, there are three doors that lead you into the lounge, ground floor bedroom or family TV room, and also into the two-piece WC that also has a hand basin and a window unit behind. The ground floor bedroom could also be used as a family television room, an office or children's playroom.

The main family lounge is central to the ground floor living accommodation, offering excellent proportions and also open access into the impressive kitchen that has been added to the rear of this property. Within the lounge, there are contemporary/vertical style radiators and also a wall niche to accommodate a flat screen television.

There is also access into the laundry room where there are fitted base units and drawers and a single drainer sink set within the work surface above, plus plumbing for a washing machine and space for a clothes dryer. There is a high-level window with an extractor fan above along with a wall-mounted boiler.

The kitchen is our favourite room in this property, boasting a naturally light and contemporary styled space with large roof lights to the vaulted ceiling which has multiple inset lights and also an integrated speaker system.

This room also offers a seamless connection with the garden with glazed bi-folding doors to the rear. There is a large expanse of work surfacing which is formed by an oak work surface that extends to the large central island that also provides breakfast bar dining. There is an inset stainless steel sink with a side bowl and mixer tap behind, an induction-style hob to the central island plus twin fan assisted ovens and an opening to accommodate a large American-style fridge/freezer.

The first floor landing has a built-in storage cupboard, loft access and doors leading into the three bedrooms which includes two double rooms, plus a third bedroom that could provide space for a single bed, drawers and wardrobe, or alternatively just a double bed with a bedside cabinet.

Completing the accommodation is the bathroom, which has a panelled bath with side mounted taps, a dual head shower and glazed screen alongside. There is also a wash basin with fitted cupboards beneath and a WC alongside with concealed cistern. There is a tiled finish to the walls and to the floor, a ladder-style radiator plus a ceiling mounted extractor system.

Externally, there are two separate areas to park a vehicle off road, with one to the front of the house and the second in front of the garage. There is a path which runs alongside the property leading to the rear garden which has a stepped path running alongside the lawn leading down to the two tier deck which offers a fantastic place for entertaining and outside dining.

There is an easy to manage raised flower bed alongside the bi-folding doors of the kitchen that has been lightly planted, and finished with decorative slate chippings and railway sleeper edging. 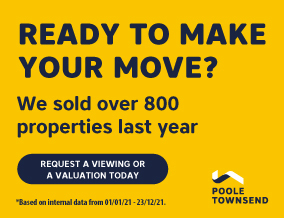 Poole Townsend is the largest estate agent with six branches throughout Furness and the South Lakes. We have been leading the way in property sales for nearly 20 years and are the only local independent solicitor who sell houses.

We pride ourselves on our total professionalism. All our branches are members of the National Association of Estate Agents and work to their strict code of professional conduct.

Disclaimer - Property reference 100127026096. The information displayed about this property comprises a property advertisement. Rightmove.co.uk makes no warranty as to the accuracy or completeness of the advertisement or any linked or associated information, and Rightmove has no control over the content. This property advertisement does not constitute property particulars. The information is provided and maintained by Poole Townsend, Barrow-in-Furness. Please contact the selling agent or developer directly to obtain any information which may be available under the terms of The Energy Performance of Buildings (Certificates and Inspections) (England and Wales) Regulations 2007 or the Home Report if in relation to a residential property in Scotland.