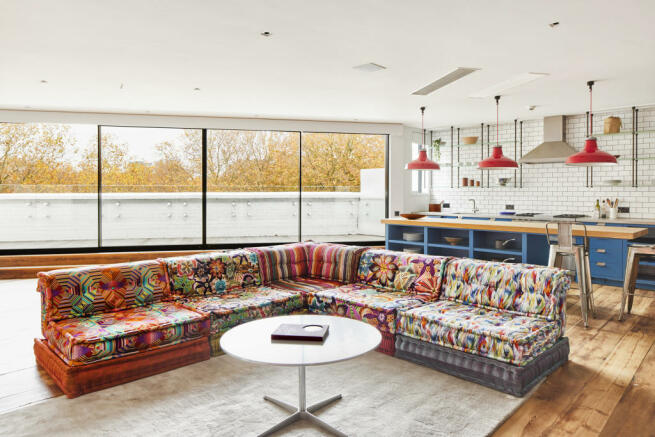 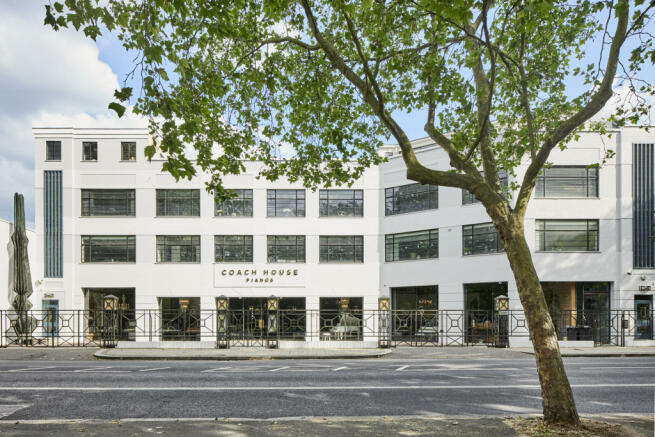 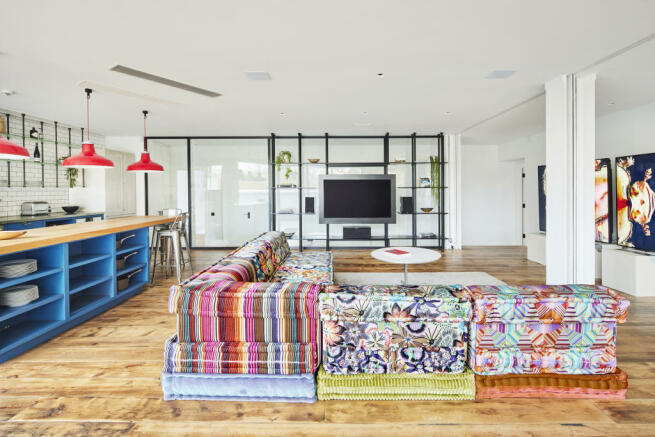 Overlooking the open greenery of Eel Brook Common, between Fulham and Parsons Green, is this light-filled two-bedroom penthouse apartment. It occupies the third floor of a handsome 1930s Art Deco building on New Kings Road and extends to almost 2,000 sq ft internally, with a substantial roof terrace and a versatile open-plan layout.

The building originally dates to 1939 and stands proudly among its 19th-century neighbours like a cruise ship in berth. Following a period of use as a garage for luxury cars during the 1970s, the building was developed in 2011 to a design by BLDA Architects and renamed ‘The Talisman’ after the antique dealership that once occupied its ground level.

The building is set back from the neighbouring terrace and behind electric gates that open onto a forecourt. Key-operated lifts on either side of the building provide direct access to each of the flats. Entry to this apartment is from the southwest corner of the building.

Wooden floors extend across the living space and open-plan kitchen where glazed, open shelves hang from the ceiling against a backdrop of Victorian glazed bricks. A wall of sliding glazed doors looks out onto the large terrace, which in turn offers wonderful elevated views across the common.

A glass divider separates the living space from a corridor that provides access to the bedrooms at the rear. These are set at opposite ends to one another, with a studio/office between them. The main bedroom has built-in, glass-faced wardrobes and is lit from above by roof lights. There are two bathrooms between the bedrooms, one of which is en suite to the main, and a guest WC within the entrance area.

New Kings Road is a short walk from the many shops, bars, restaurants and cafes of Fulham, Parsons Green and Chelsea. In the immediate vicinity, there are several good eateries, pubs and cafes, and an array of independent shops. The excellent River Café is within walking distance, as are the boutiques and eateries on King’s Road. There are a number of green open spaces nearby including Eel Brook Common directly opposite, plus Bishops Park and Hurlingham Park, both of which are within easy reach.

Disclaimer - Property reference TMH78946. The information displayed about this property comprises a property advertisement. Rightmove.co.uk makes no warranty as to the accuracy or completeness of the advertisement or any linked or associated information, and Rightmove has no control over the content. This property advertisement does not constitute property particulars. The information is provided and maintained by The Modern House, London. Please contact the selling agent or developer directly to obtain any information which may be available under the terms of The Energy Performance of Buildings (Certificates and Inspections) (England and Wales) Regulations 2007 or the Home Report if in relation to a residential property in Scotland.