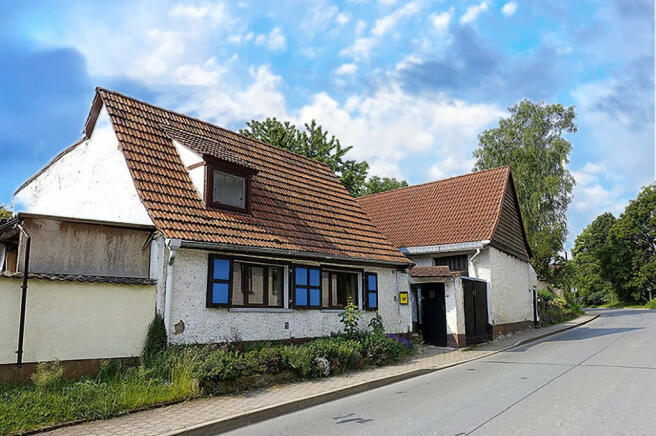 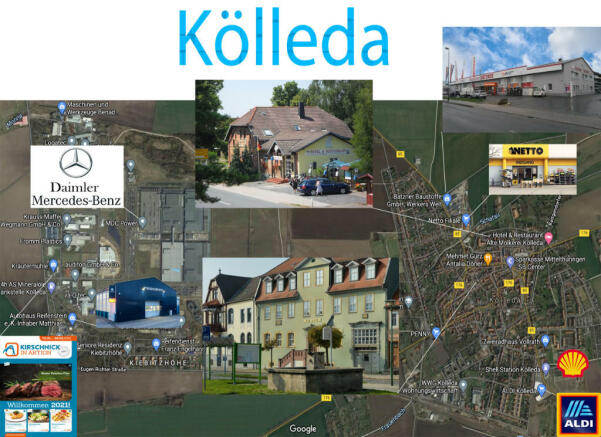 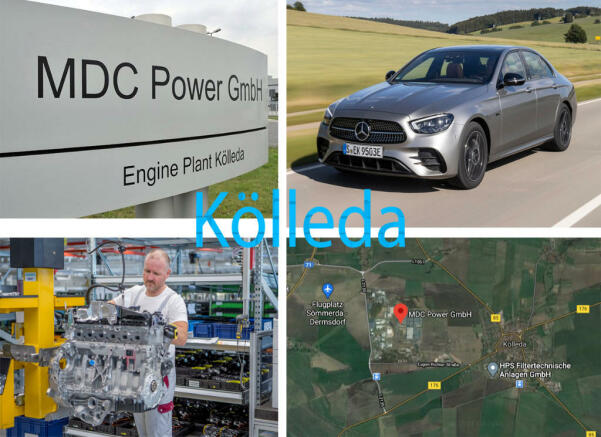 Superb property with extra cottage PLUS an extra land plot to do as you wish with on the side of the village. Landscape garden. In sought after Thuringia, Germany. Direct sale, priced to sell. Kolleda is home to a Mercedes engine plant. The Thuringian subsidiaries of Mercedes-Benz AG in Kolleda and Arnstadt are important parts of Mercedes-Benz's global powertrain production network.

The engine plant of MDC Power GmbH in Kolleda has assembled four-cylinder petrol and four/six-cylinder diesel engines for Mercedes-Benz vehicles since 2003. In 2013, the engine plant started production of an AMG engine for the first time.


Detached property with separate detached cottage and seperate plot nearby.


This is not a listed building, so no restrictions there.


The land totals 647SQM and consists of two separate parcels. The house and cottage has a land size of 337SQM and the plot on the edge of the village is a sizeable 310SQM. Built area totals around 120SQM.


This property is in the very attractive Thuringia. Your town is called Kölleda. With a population of 6,500, the town is located in the very heart of Thuringia. You are only 10km east of the superb town of Sömmerda, which has a direct onward connection to the A71 road.


The state capital of Erfurt and its international airport (Turkey, Bulgaria, Palma De Mallorca and Hungary) is only 33km away. The city has more than 1,200 years of history and is known for manufacturing of medicinal and aromatic herbs, in particular Peppermint, it has the nickname "Peppermint City".


Important employment for the city is the Funkwerk Kölleda, which has a long tradition here, as well as the settlement of MDC Power GmbH, a joint engine plant of Mitsubishi Motors Corporation and DaimlerChrysler in the industrial park of Kölleda-Kiebitzhöhe.


The separate Parcel is located in the South Eastern outskirts of Burgwenden. It joins directly to a road for ease of access.


There is a shower, toilet and sauna. There is mains water, electric and septic tank like most rural properties in Germany.


This property has two stories.


Electrics were updated and the meter was was renewed in 1990. The property has part double glazing and attractive shutters.


The property benefits from an attractive landscape garden and of course a very private courtyard, as well of course the plot of land to spend your summers in growing fruit and veg, or simply relaxing.

This is a property advertisement provided and maintained by Octary LTD, Edinburgh (reference kolleda1) and does not constitute property particulars. Whilst we require advertisers to act with best practice and provide accurate information, we can only publish advertisements in good faith and have not verified any claims or statements or inspected any of the properties, locations or opportunities promoted. Rightmove does not own or control and is not responsible for the properties, opportunities, website content, products or services provided or promoted by third parties and makes no warranties or representations as to the accuracy, completeness, legality, performance or suitability of any of the foregoing. We therefore accept no liability arising from any reliance made by any reader or person to whom this information is made available to. You must perform your own research and seek independent professional advice before making any decision to purchase or invest in overseas property.