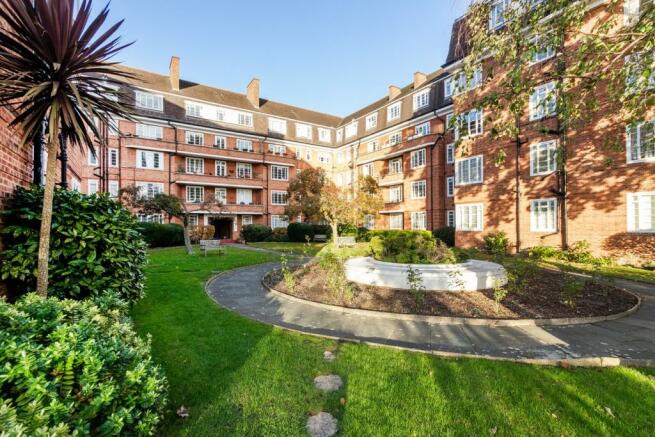 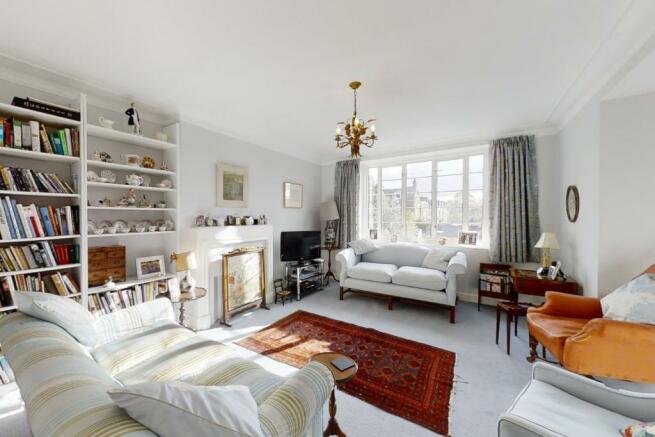 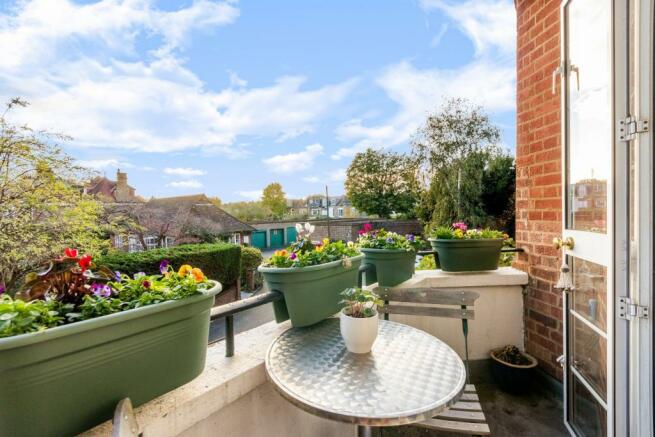 A light and spacious, first floor apartment within a well-regarded 1930's block just a stone's throw from Chiswick High Road. Totalling over 1000 Sq' - 93 SqM, the property is currently arranged as a very generous 2 bedroom apartment however the dining room can easily be reverted to a bedroom if so desired.

The communal parts and gardens are exceptionally well-maintained, residents benefit from an on-site estate manager and entry phone security system. There are very few properties of this size within the development and they rarely become available to buy. Located in the south side, which is perhaps the most tucked away and quiet part of the development the apartment enjoys a feeling of seclusion.

Entering the flat into the wide entrance hall there is a sense of light and space. There are several useful storage cupboards in the hallway. The Living Room and Dining Room have been opened to create one large space which is incredibly bright from the large windows and French doors which open onto the balcony. The property faces South meaning that the balcony enjoys sunshine throughout the day. The modern kitchen is finished in neutral tones and features several quality integrated appliances including a 5 ring gas hob.

The bedrooms are both generous in size and include corner windows which fill the rooms with light. Both have built in storage with the larger of the bedrooms having considerable floor to ceiling wardrobe space. Between the two bedrooms is a modern bathroom that features a bath with overhead shower and heated towel rail. There is also a separate toilet.

The apartment has been tastefully modernised in places but retains a great deal of its original charm with the brass details on the internal doors and cast iron radiators throughout. The property also includes a private garage and there is off street parking available to residents for 2 cars.

Ideally located for access to all of Chiswick's amenities and attractions, Watchfield Court is just a few minutes from the shops, cafes and restaurants on Chiswick High Road whilst also being within walking distance of Chiswick House and Gardens and the River Thames. Several excellent schools are located nearby including Ofsted outstanding Belmont Primary School and St Mary's Catholic School.

For transport connections Chiswick Park Underground Station is around 8 minutes' walk away. Several bus routes run nearby including the E3 services which runs to Chiswick Mainline Station in around 5 minutes from the closest stop and in the other direction the E3 travels to Ealing, further bus services can be found on the High Road running into Hammersmith to the east and to Kew and Richmond to the west. For those travelling by car the A4 is very nearby for travelling into London’s West End. The M4 motorway is also easily accessible and Heathrow Airport can be reached in around 20 minutes.

Offered to the market with Share of Freehold and no chain. 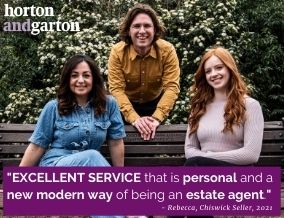 Welcome to the fold.

Horton and Garton are a West London agent with a real passion for the area.

With 11 years' experience working here and an affection for all things W4, Paul Cooney leads the Chiswick office and is incredibly committed to each client ensuring the sale of their property is seamless and without stress.

Our intricate knowledge of each micro-market within the W4 postcode, precision pricing, tenacious work e

Disclaimer - Property reference 18301870. The information displayed about this property comprises a property advertisement. Rightmove.co.uk makes no warranty as to the accuracy or completeness of the advertisement or any linked or associated information, and Rightmove has no control over the content. This property advertisement does not constitute property particulars. The information is provided and maintained by Horton and Garton, Chiswick. Please contact the selling agent or developer directly to obtain any information which may be available under the terms of The Energy Performance of Buildings (Certificates and Inspections) (England and Wales) Regulations 2007 or the Home Report if in relation to a residential property in Scotland.