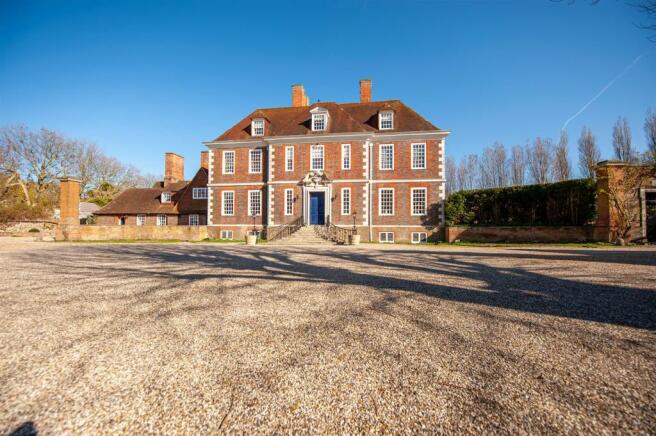 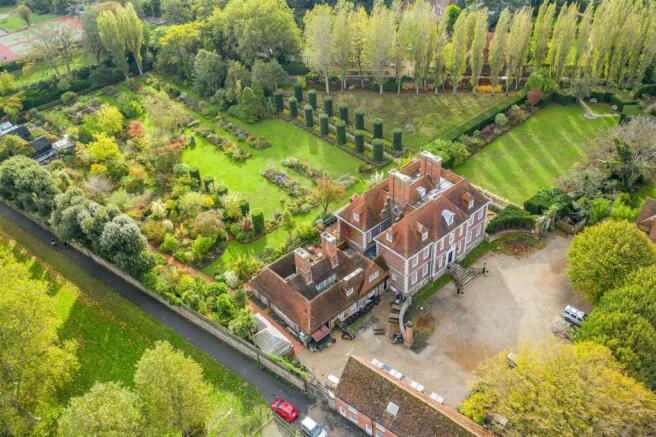 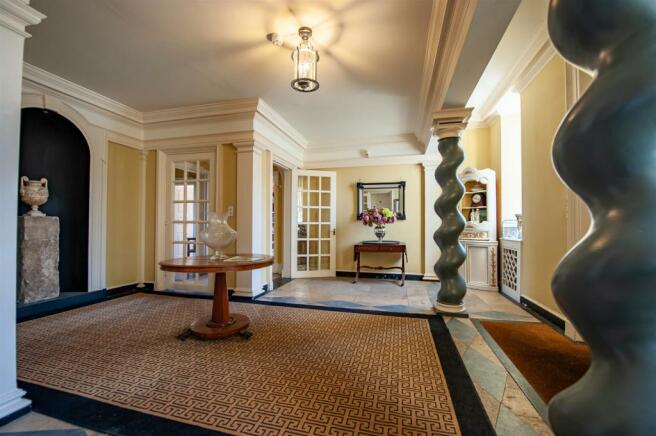 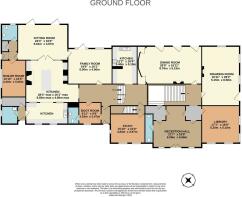 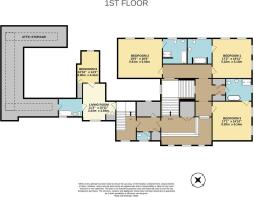 A rare opportunity has arisen to become the new owner of this Grade I Listed Queen Anne style country mansion, designed in 1911 by renowned British architect Sir Edwin Lutyens. This beguiling home sits within a private 3.5 acre (tbv) mostly walled plot and the gardens are as impressive as the property itself having been designed by Gertrude Jekyll. The property has more recently been used as a luxury boutique hotel with a gift shop but equally, it would make a fantastic private home (stp). You enter the property through large timber gates from Knightrider Street and are welcomed with the first view of this magnificent home and extensive gravelled driveway. Steps sweep up through timber double doors into an impressive reception hall. The ground floor boasts a stately dining room, double aspect drawing room opening to the gardens, (ideal for entertaining guests), a panelled library, additional study, other less formal but well-proportioned receptions, as well as two kitchen areas, cloakroom, and storerooms. A grand staircase rises up to a wrap-around galleried landing from which there are the three main bedrooms and bathrooms as well as a further en-suite bedroom with its own living room. A secondary staircase leads up to the second floor that has four additional bedrooms and bathrooms. The gardens have been lovingly cared for over the years by a team of gardeners and are listed by English Heritage in their own right. There are numerous separate but interlinked areas including a large pond with its own island and an array of unusual and intriguing plants. The garden design encompasses intrigue which ensures a new experience time and time again. There are numerous useful garden outbuildings and large cellarage for the most extensive of wine collections. Although the property would now benefit from updating, we feel it would make an unparalleled commutable country residence or exciting business venue for the new custodians of this extraordinary home.

Sandwich is an ancient Cinque Port with a labyrinth of streets steeped in history. A plethora of historic churches, houses, and pubs dating back as far as the 12th Century make it an intriguing tourist destination. Sandwich also offers a number of links golf courses, the most notable being Royal St George’s where the 149th Open Championship will be held in July 2021. As well as being located on the rail line between Ramsgate and Folkestone, the town also hosts a Marina on the banks of the River Stour.
The Salutation lies inside the town wall called The Butts, which were constructed in 1384 as the town defences and were used for archery practice at that time. On the East side of the property is located St Clements Church which is Saxon in origin. It was rebuilt by the Normans, and it is that fine tower that can be admired from the East terrace of the main house.
Another prominent and unique feature of Sandwich is the Delf Stream which are medieval man-made channels from the 13th Century to supply water throughout the town. They were greatly improved by Dutch engineers in 15th century adding new cuts and sluices so fields could be irrigated which had continued use to 1899. The streams now flow underground alongside 15th Century houses making an interesting feature.
Commuters will enjoy the short 900m walk through the town to Sandwich train station which offers journey times to London St Pancras in as little as 1hr 31minutes.
Sandwich Junior School is 1200m walking distance away and was rated outstanding by Ofsted in the latest inspection and the mixed Sir Roger Manwood Grammar School is just 550m away and was also given an outstanding rating by Ofsted at last inspection.
There are numerous scenic walks from the property that link to the England Coast Path around 3km away which are perfect for a weekend walk along the beach to the nearby Historic Town of Deal.

Knightrider House
Approached through the original town wall via Lutyens' cleverly designed archway with wide gates, Knightrider House is an original Queen Anne property. This too has been uniquely and skilfully designed to provide generous secondary accommodation. Comprising of a sitting room, dining room, well fitted kitchen, cloakroom, two bedrooms and two bathrooms at first floor level and two further bedrooms with a third bathroom on the second floor.

Gardeners Cottage and Coach House
To the opposite corner of the courtyard is a pair of cottages. Gardeners Cottage has an open plan kitchen-dining room, a sitting room on the ground floor and three bedrooms and a bathroom on the first floor. The Coach House has a kitchen on the ground floor and sitting room, two bedrooms, two bathrooms and a cloakroom on the first floor. A double garage and a gift shop are found in this building underneath the Coach House. These additional buildings would be ideal for staff or live-in family members wanting some independence.


The Tea Room
This building is set beside the entrance gates and has a tea room on the ground floor and kitchen above.

AGENTS NOTE
The property and the surrounding area were affected by a major flood in 2013 caused by a tidal surge. The area has since benefitted from £23.5 million spent on flood defence improvements, improving the protection from one in-20 chance of tidal flooding each year to one-in-200 standard of protection. All of The Salutations' buildings are now in the environment agency's lowest flood category Flood Zone 1 i.e low probability of flooding.

Rafferty & Pickard is a Kent based estate agency specialising in the sale of extraordinary homes, seamlessly blending cutting edge technology with a concierge style service.

We showcase our properties with cinematic videos and captivating photos to truly capture your home's amazing features.

We put you, the client, at the heart of everything we do.

Disclaimer - Property reference 30355786. The information displayed about this property comprises a property advertisement. Rightmove.co.uk makes no warranty as to the accuracy or completeness of the advertisement or any linked or associated information, and Rightmove has no control over the content. This property advertisement does not constitute property particulars. The information is provided and maintained by Rafferty & Pickard, Aylesford. Please contact the selling agent or developer directly to obtain any information which may be available under the terms of The Energy Performance of Buildings (Certificates and Inspections) (England and Wales) Regulations 2007 or the Home Report if in relation to a residential property in Scotland.