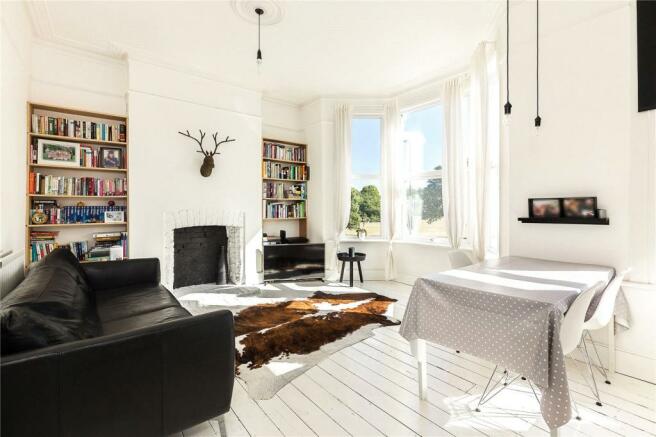 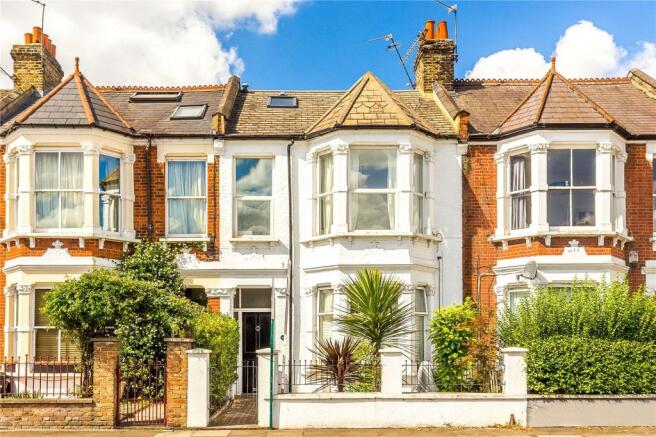 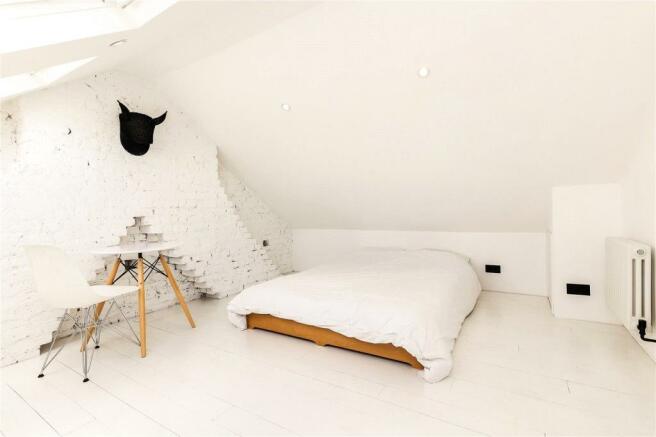 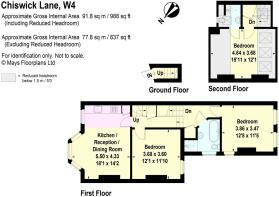 Superbly decorated split level flat with views over the park.

Chiswick Lane is a wonderfully light flat split over two levels, evoking a contemporary feel. It has been tastefully renovated creating a light and airy atmosphere, evident by the high ceilings and expanse of large windows.

The first floor encompasses the impressive kitchen/reception/dining room at the front of the flat which enjoys splendid views over the park. This versatile room boasts an original fireplace, wooden floorboards, vast windows and tall ceilings, making great use of the space here with an eclectic mix of traditional
and modern features. Also on this floor are two good sized bedrooms, and the bigger of the two bathrooms. The bedrooms feature inbuilt storage and fireplaces. The bathroom is modern and has been finished to a high standard.

Chiswick Lane is located in a very central position ideally placed for the excellent shops, boutiques and restaurants of Turnham Green Terrace and Chiswick High Road. Turnham Green Underground station (District line) is close by. This location offers easy access to central London via the A4, and
via the M4 for Heathrow Airport and the west of England. Parks close by include Chiswick House and Gardens plus Homefield Recreation ground with a play park for children.

Chiswick is a hugely popular and prosperous large suburb of West London located on the northern side of the River Thames, 6 miles (9.7 km) west of Charing Cross. It was historically an ancient parish in the county of Middlesex, with an agrarian and fishing economy. The name "Chiswick" is of Old English origin meaning "Cheese Farm" and originates from the riverside meadows and farms that are thought to have supported an annual cheese fair on Dukes Meadows up until the 18th century.

The style of property in Chiswick is varied offering everything from mansion flats along the High Road and on Sutton Court Road, to pretty Victorian cottages on the Glebe Estate. Large Victorian detached houses are found in Grove Park, and Arts & Crafts houses throughout Bedford Park. The River front, Chiswick Mall and Strand on the Green are lined with elegant Georgian houses ensuring that there is a fantastic variety of property throughout the local area.

Chiswick High Road, famous for its boulevard-style pavements, is full of quality independent outlets and an increasingly up-market selection of high street names which run from Hammersmith through to the Chiswick roundabout. Chiswick is a great place to shop and eat. Tesco, Sainsbury’s, Waitrose and Marks and Spencer are all represented. Serving meat lovers are Macken Bros, Wyndham House and Ginger Pig butchers. Covent Garden Fishmongers do as their name suggests. Bayley & Sage have an amazing cheese counter and the Grove Park Deli on Fauconberg Road is also very popular. The Old Cinema provides Antique Vintage Retro Collections. Attractive fruit, vegetable and flower stalls add colour to the High Road. High Street banks, chemists, dry cleaners, beauty spas, fashion shops, off licences and general repair shops as well as many other outlets means there is no need to go elsewhere.

Lord Burlington’s Chiswick House is a picturesque, 18th-century Palladian mansion with gardens designed by William Kent. The birthplace of the English Landscape Movement, the gardens, with their statuary hedges and vistas, has had a £12 million makeover which includes a new café by architects Caruso St John. In recent years Chiswick House grounds have played host to Soho House group’s House Festival, enticing the great and the good of the media industry with performers who are both nationally renowned and locally resident.

Bedford Park, London’s first garden suburb, was built between 1875 and 1886 as part of the Arts & Crafts revival. Victorian property developer Jonathan Carr instructed lead architect Richard Norman Shaw (alongside EJ May, W Wilson and EW Godwin) in the building of a collection of houses and studios that now form a conservation area and are for the most part Grade II listed. Many of these houses feature elements of styling from William Morris, to whose legacy is dedicated the William Morris Society at Kelmscott House on Upper Mall.

Disclaimer - Property reference CIS210016. The information displayed about this property comprises a property advertisement. Rightmove.co.uk makes no warranty as to the accuracy or completeness of the advertisement or any linked or associated information, and Rightmove has no control over the content. This property advertisement does not constitute property particulars. The information is provided and maintained by Savills, Chiswick. Please contact the selling agent or developer directly to obtain any information which may be available under the terms of The Energy Performance of Buildings (Certificates and Inspections) (England and Wales) Regulations 2007 or the Home Report if in relation to a residential property in Scotland.