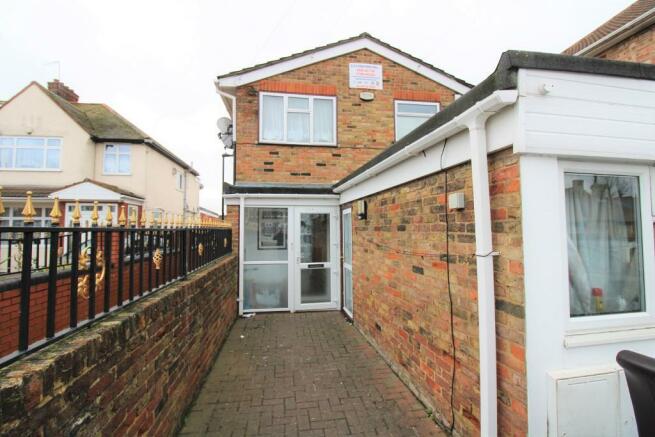 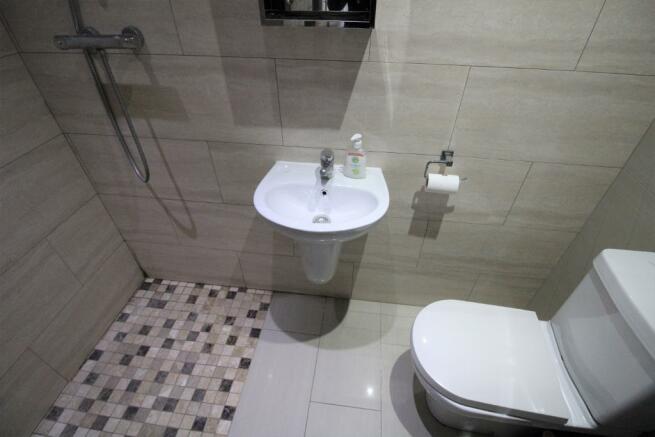 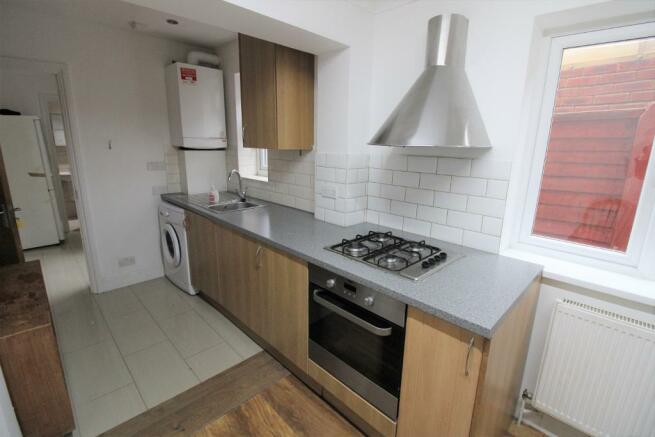 Spacious kitchen with a range of fitted base & drawer units, stainless steel sink unit, fitted electric oven + gas hob, wall boiler space & plumbed for washing machine + dishwasher and a cupboard on the side. Two double glazed windows to side aspect.

Bedroom with a double glazed window on the side and entrance to the hallway.

Entrance to the hallway and an opening to the garden.

Room side to the kitchen entrance and entrance to the hallway.

Bedroom close to the entrance and side to the kitchen with hallway entrance.

Shower, hand wash basin and low-level wc. At the back of the house, entrance to the back hall and close to Bedroom 2, bedroom 3 and kitchen.

Southall is a large suburban district of West London, England, part of the London Borough of Ealing and is one of its seven major towns. It is situated 10.7 miles (17.2 km) west of Charing Cross and had a population of 69,857 as of 2011. It is generally divided in three parts: the mostly residential area around Lady Margaret Road (Dormers Wells); the main commercial centre at High Street and Southall Broadway (part of the greater Uxbridge Road); and Old Southall/Southall Green to the south consisting of Southall railway station, industries and Norwood Green bounded by the M4.

It was historically a municipal borough of Middlesex administered from Southall Town Hall until 1965. Southall is located on the Grand Union Canal (formerly the Grand Junction Canal) which first linked London with the rest of the growing canal system. It was one of the last canals to carry significant commercial traffic (through the 1950s) and is still open to traffic and is used by pleasure craft. The

Established in 1947 Charrison Davis are the area’s leading independent Estate Agent and have now been selling and letting properties for 72 years.

Now owned by Director Brian Bailey ANAEA MARLA. We are the only company to have 3 offices in the immediate area so are able to offer our clients “ Multiple Agency Service for a Sole Agency Fee” . Our commitment in achieving our Customers the best possible price in a timescale that suits them is paramount.

We are a company that you can t

Disclaimer - Property reference 579163. The information displayed about this property comprises a property advertisement. Rightmove.co.uk makes no warranty as to the accuracy or completeness of the advertisement or any linked or associated information, and Rightmove has no control over the content. This property advertisement does not constitute property particulars. The information is provided and maintained by Charrison Davis, Harlington, Hayes. Please contact the selling agent or developer directly to obtain any information which may be available under the terms of The Energy Performance of Buildings (Certificates and Inspections) (England and Wales) Regulations 2007 or the Home Report if in relation to a residential property in Scotland.