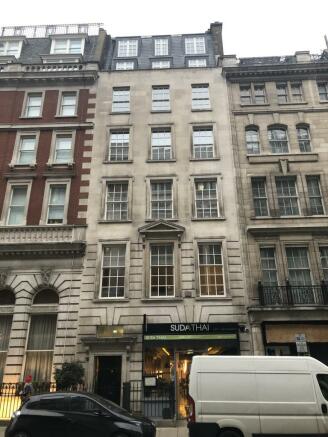 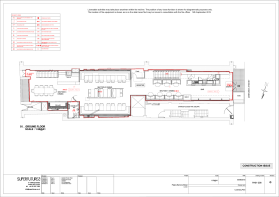 Description
The restaurant comprises the ground and basement of a six storey mid-terrace building with exposed stone elevations beneath a flat roof. The premises benefit from a main entrance from Berners Street and a secondary entrance from Berners Place. The upper floors comprise residential apartments which are excluded from the new lease.

Location
The premises is located on Berners Street, which adjoins Oxford Street to the south and Eastcastle Street to the north. Oxford Street is one of the busiest retail streets in Europe and benefits from approximately half a million daily visitors to its array of global brands. Operators fronting Berners Street include Nando’s, the 5 star London Edition Hotel, which offers 173 rooms and the Berners Tavern. Operators in the surrounding area include Costa Coffee, McDonald’s, Tortilla, Pret, Five Guys and Wagamama.

Public transport connections are excellent with both Tottenham Court Road and Oxford Circus underground stations located 0.3 miles to the east and west respectively; providing access to the Central, Northern, Bakerloo, Crossrail and Victoria lines. Access to the national rail service is provided at London Charing Cross Station, 0.9 miles to the south east, and Euston, 1.0 miles to the north.

Licensing
The property has been granted a Premises Licence in accordance with the Licensing Act 2003. We understand that the premises is permitted to sell alcohol under the following hours:

Terms
Rental offers are invited in the region of £165,000 per annum for a new lease of the ground and basement restaurant unit on terms to be negotiated. The service charge is to be confirmed.

Fixtures & Fittings
Fixtures and fittings may be available by way of separate negotiation.

EPC
An EPC rating of D (85) has been calculated.

VAT
All figures quoted are exclusive of VAT

Money Laundering
Money Laundering Regulations require Savills to conduct checks upon all Purchasers (including Agents). Prospective tenants will need to provide proof of identity and residence.

Disclaimer - Property reference 62382-2. The information displayed about this property comprises a property advertisement. Rightmove.co.uk makes no warranty as to the accuracy or completeness of the advertisement or any linked or associated information, and Rightmove has no control over the content. This property advertisement does not constitute property particulars. The information is provided and maintained by Savills, Margaret Street - Licensed Leisure. Please contact the selling agent or developer directly to obtain any information which may be available under the terms of The Energy Performance of Buildings (Certificates and Inspections) (England and Wales) Regulations 2007 or the Home Report if in relation to a residential property in Scotland.