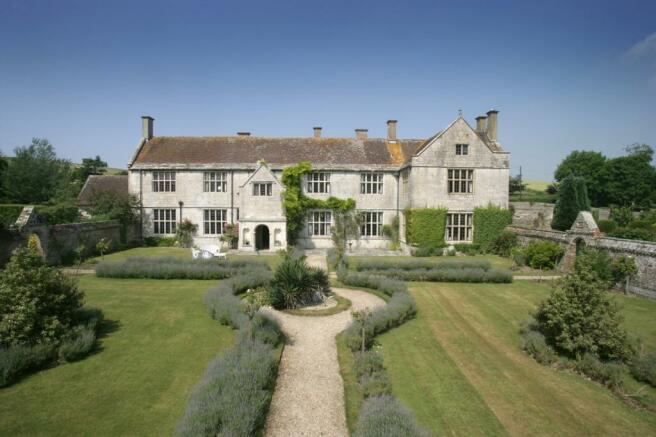 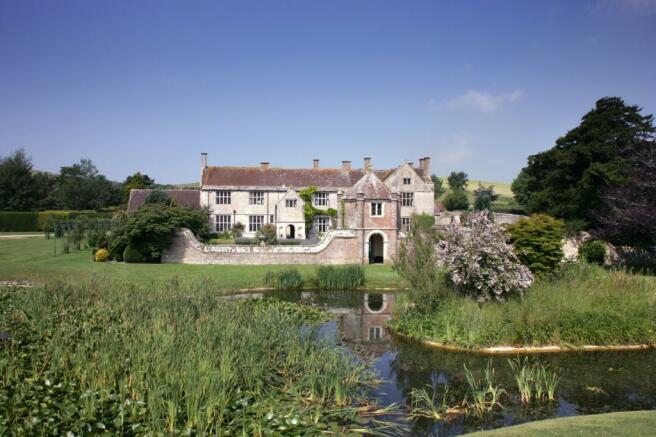 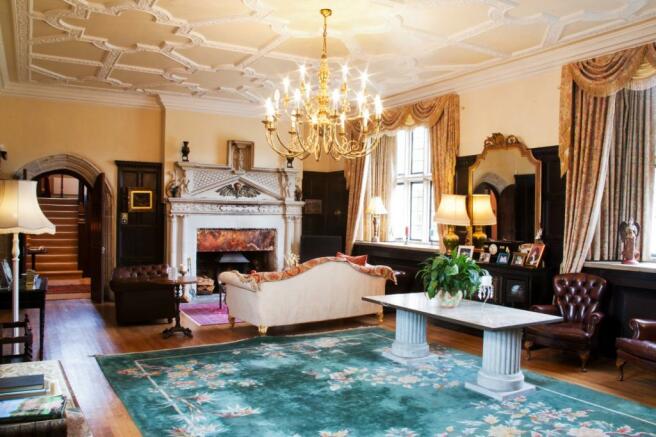 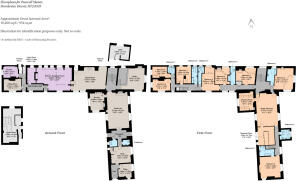 Historical Note
In the middle ages, Poxwell or Pokeswell (the name being derived from Puck’s Well), was a possession of Cerne Abbey. Following the Abbey’s dissolution it was granted by Queen Elizabeth to Thomas Howard of Lulworth and Bindon. He sold it to John Henning, a merchant from Poole, who built the house circa 1600. His son became Sheriff of Dorset in 1609. The property belonged to the Hennings until 1695 when it passed by marriage to the Trenchards family of Lytchett Matravers and Wolverton and remained in the ownership of their descendants until its sale in 1977. It is understood that King George III visited the house on a number of occasions when visiting Weymouth. The renowned author Thomas Hardy used the Manor as Oxwell Hall in “The Trumpet Major

Poxwell Manor
The appealing architectural style gracefully combines alteration and enlargement which has taken place over the centuries. A wealth of fine features include wood panelling, original fireplaces, stone and wooden floors and leaded mullion windows in keeping with its Grade I Listed building status. The magnificent great hall, with its magnificent decorative chimneypiece, formed the centre of the original house and now provides a superb entertaining room with the large dining room and library providing a trio of excellent reception rooms. The spacious and well appointed kitchen / breakfast room is very much the hub of the house with access to the grounds and neighbouring utility room and second kitchen. There are two further sitting rooms, a study and an office on the ground floor. Stairs from the stair hall lead to the lower ground floor where there is a cellar and further room which could be a safe room

On the first floor the Principal bedroom has two dressing rooms and a bathroom and there are 8 further bedrooms and 6 further bathrooms. In addition to the main staircase, there are two secondary staircases which provide considerable flexibility including the provision of an integral annex within the southern section of the house presently hall, study, office, bedroom 3 and bathroom 3 (as marked on the floor plans).

Stable Cottage
Situated to the west of the main house and separated by the courtyard. The cottage has been converted from a traditional 17th century barn together with part of the adjoining thatched building. It offers accommodation over two floors including an entrance lobby, dining room, kitchen, sitting room with stairs to a galleried bedroom, shower room, utility room. Two further bedrooms and a family bathroom which are accessed by a
separate staircase from the dining room.

Poxwell Manor is approached through a pair of electrically operated wrought iron gates set between stone piers and impressive stone walling. The gravelled entrance drive runs over a bridge and through an arched entrance at the side of the house into a courtyard. The house itself sits in magnificent landscaped gardens which include two small lakes and a stream. In front of the house is the lovely walled garden and gatehouse.

The property is set back from the Wareham/Weymouth road behind mature tall hedging. Lying in the lee of historic downland, the hamlet of Poxwell is situated less than 3 miles from the sea at Ringstead Bay, around which is some spectacular coastal scenery typical to South Dorset. The house enjoys splendid views over the surrounding farmland, being within the Dorset ‘Area of Outstanding Natural Beauty’ which includes the first British natural World Heritage Site, commonly known as the Jurassic Coast.

There is an excellent range of facilities at the county town of Dorchester (6 miles) and the seaside resort of Weymouth 6 miles), the latter offering superb sailing and other water sports. Golf can be found at Came Down (6 miles).

Outbuildings and Gardens
In front of Stable Cottage is a pretty garden beyond which lies a potting shed and workshop area with a greenhouse, vegetable garden, lawn and grass bank. There is a 3 bay open-fronted thatched barn used for garaging with a wood store to one side. Adjoining the barn are the former stables of stone construction under a thatched roof. Planning permission (now lapsed) was granted for the conversion of this former stable building into a guest cottage and has potential to be renewed. There are a number of further traditional buildings offering a range of ancillary accommodation including further garaging, wine stores, storage, gardener’s WC, potting sheds and machinery stores.

The formal gardens lie within the walled garden to the front of the Manor with the exquisite Carolean gatehouse (dated 1634) forming the entrance and providing an excellent vantage point to view the gardens grounds and neighbouring countryside. The grounds are formed of sweeping lawns with well-maintained flower beds and shrubberies interspersed by a variety of trees and bordered by a stream which serves two small lakes and a pond. A hard surface tennis court (requiring restoration) and renovated swimming pool border the north side of the house with flagged seating area and a pool house with heated ladies/gents changing room and a shower. To the south of the house is a concrete helipad adjacent to a steel framed helicopter hangar (approximately 40’ x 34’). Beyond the gardens and grounds are paddocks and the grounds extend in all to about 10 acres.

Disclaimer - Property reference LON200065. The information displayed about this property comprises a property advertisement. Rightmove.co.uk makes no warranty as to the accuracy or completeness of the advertisement or any linked or associated information, and Rightmove has no control over the content. This property advertisement does not constitute property particulars. The information is provided and maintained by Strutt & Parker, National Country House Department. Please contact the selling agent or developer directly to obtain any information which may be available under the terms of The Energy Performance of Buildings (Certificates and Inspections) (England and Wales) Regulations 2007 or the Home Report if in relation to a residential property in Scotland.