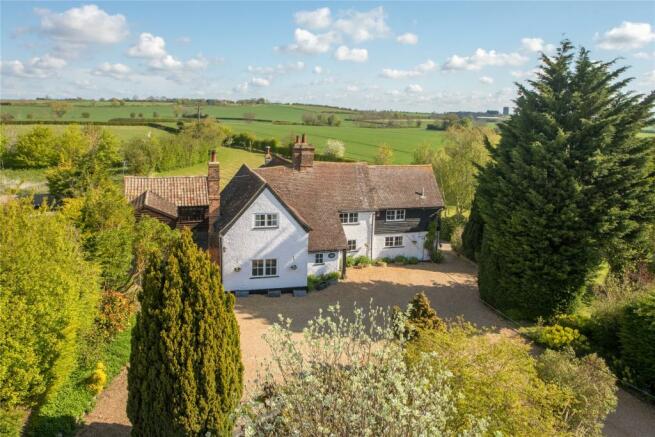 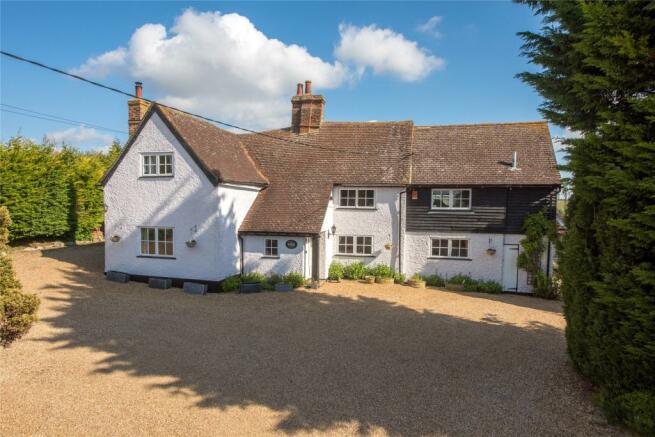 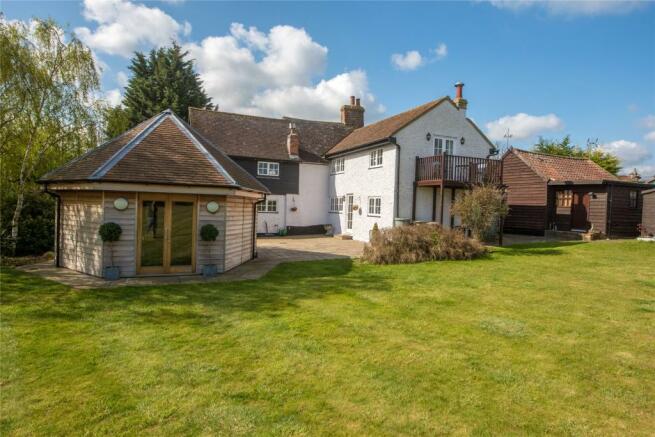 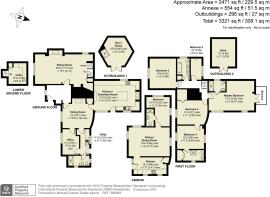 A Grade II listed 17th century five bedroom house with around 1.5 acres of garden, a purpose-built gym/sauna and a one bedroom detached annexe. Marquis House was formerly the Marquis of Granby public house which ceased trading in 1966 and later became a family home. The property retains character features including exposed beams, latched doors and an inglenook fireplace with a wood burner.
Over the years, the house has been extended and improved and now offers versatile accommodation of over 3,200 sq. ft. The ground floor accommodation in the main house includes two formal reception rooms, a study, a fitted kitchen/breakfast room, a utility room and a shower room.

The first floor has four double bedrooms, one single bedroom, two en suite shower rooms and a family bathroom.
In addition to the one bedroom annexe, there is a gym/sauna with underfloor heating, a summerhouse and a garden shed. The driveway provides parking for up to ten cars.

The two principal reception rooms have beamed ceilings and inglenook fireplaces, with the sitting room also having a log burning stove. The kitchen/breakfast room has a range of fitted units with granite worktops and integrated appliances. There is also a central island, an Aga and two separate electric ovens and hob.

The rear garden is around .75 acre and laid mainly to lawn. The side garden has seating areas, mature trees and shrubs. There is a refurbished summerhouse, a brick built barbecue and a purpose-built gym/sauna with underfloor heating. The one double bedroom annexe has central heating, a fitted kitchen, a sitting/dining room and a shower room. To the front there is a raised area with mature shrubs and decorative ponds and parking for up to ten cars.

Shillington is situated in the valley between the Pegsdon Hills - part of the Chiltern range to the south - and the Greensand Ridge in Bedfordshire to the north. The village has a range of amenities including a primary school and local shops. Hitchin (approximately 6 miles) has a wider range of facilities including a mainline railway station. 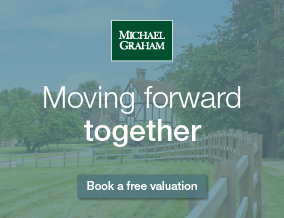 Established for over 50 years, Michael Graham has a long heritage of assisting buyers, sellers, landlords and tenants to successfully navigate the property market. With fourteen offices covering Hitchin and the surrounding villages as well as the neighbouring areas of Buckinghamshire, Bedfordshire, Cambridgeshire, Hertfordshire, Northamptonshire, Leicestershire, Warwickshire and Oxfordshire, we have access to some of the region's most desirable town and country homes.

Give Your Home Our
More properties from this agent

Disclaimer - Property reference HIT190148. The information displayed about this property comprises a property advertisement. Rightmove.co.uk makes no warranty as to the accuracy or completeness of the advertisement or any linked or associated information, and Rightmove has no control over the content. This property advertisement does not constitute property particulars. The information is provided and maintained by Michael Graham, Hitchin. Please contact the selling agent or developer directly to obtain any information which may be available under the terms of The Energy Performance of Buildings (Certificates and Inspections) (England and Wales) Regulations 2007 or the Home Report if in relation to a residential property in Scotland.