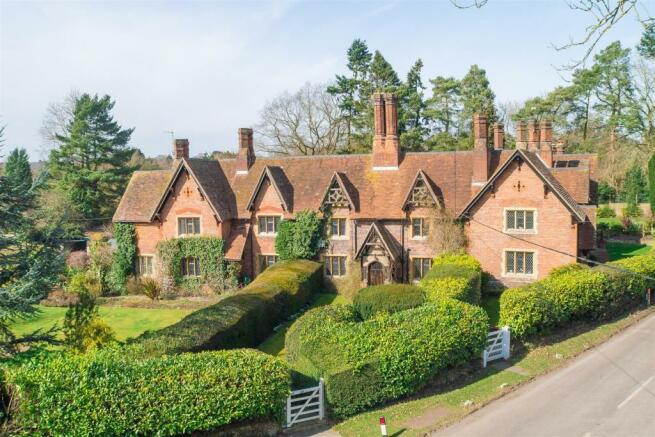 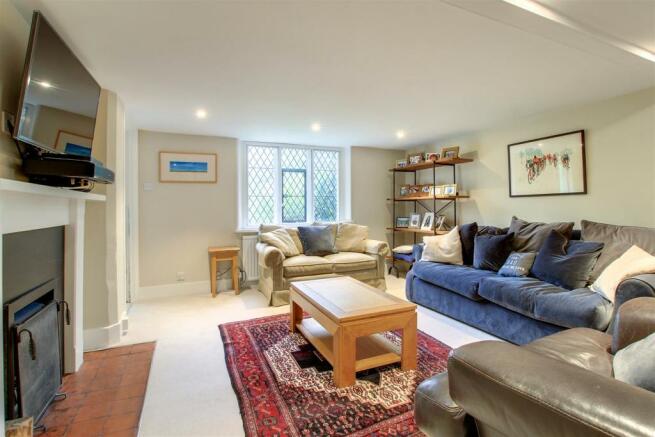 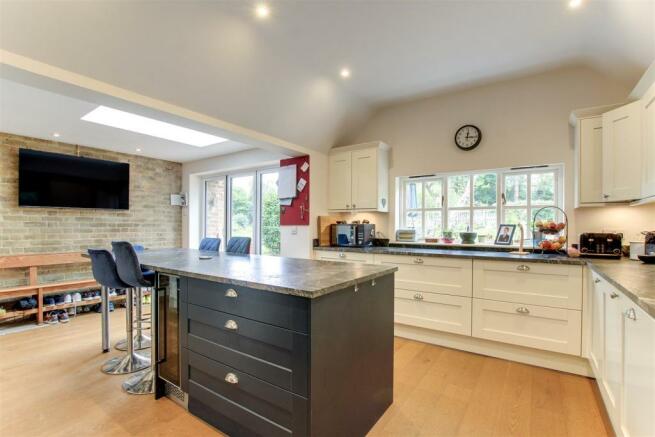 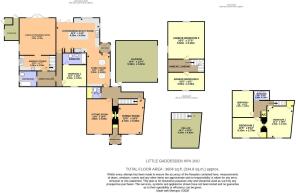 A fabulous Grade II listed substantial family home of immense character, originally built in the 1830's and having had subsequent additions/improvements over the years. There is an adjoining annex and a double garage, and the property nestles within the most delightful gardens of just under half an acre and situated within the heart of this historic and picturesque village. The property is surrounded by some of the region's most beautiful countryside, yet still conveniently placed for Berkhamsted and Tring town centres and the mainline stations, serving London (Euston).

Description - The property has recently been sympathetically improved and enlarged to a high specification.

The main house has spacious accommodation, which includes four bedrooms and two bathrooms. There are three reception rooms and an impressive kitchen/ breakfast room.

There is an adjoining annexe, which can be used independently, or as an extended accommodation to the main house.

Forming one of three properties in the centre of Little Gaddesden, which are much admired for their gothic Victorian styling and ornate chimney stacks, number 27 is thought to date back to the early part of the 18th century and retains much character and charm, with features including stone mullion windows, stunning central chimney with four octagonal stacks, open fireplaces, quarry tiled and flagstone flooring and an impressive recently refurbished kitchen/breakfast room.

The pretty front elevations belie the extent of the accommodation which lies within, and which is further enhanced by the detached annexe, referred to as ‘The Armoury’, as, in years gone by, it was used to keep the guns and ammunition for the nearby Manor House. It was later used as a harness room, by The Home Guard, during the Second World War. It retains a lovely Victorian patterned floor in the hall and has extensive exposed roof timbers in the vaulted ceilings of the two first floor bedrooms.

Outside - The front garden has a path leading up to a splendid gabled entrance porch with oak front door and ornate door furniture; however, the house is more frequently accessed from the rear, where there is a wide entrance driveway, which provides parking for numerous vehicles and leads to a substantial detached brick built double garage.

A gate leads into the delightful rear garden, which has lawns, mature shrubs and herbaceous beds and a crazy paved patio, where one can sit on sunny days beneath the shade of a mature apple tree. There is a kitchen garden with adjacent potting shed and the whole plot extends to about 0.43 acres.

Location - Number 27 lies in the heart of the village of Little Gaddesden, close to the entrance to Ashridge Park, and enjoys a view along the village green. Situated high in the Chiltern Hills, the highly acclaimed village lies on the edge of the renowned Ashridge Park and thousands of acres of National Trust woodland and common land. Berkhamsted is within six miles and offers comprehensive shopping facilities and schools for children of all age groups, including the renowned Berkhamsted School, and a mainline railway station with regular services to London (Euston approximately 35 minutes) and the north. The M1 motorway and A41 bypass are easily accessed, facilitating access to the motorway network and international airports.

Directions - From the central crossroads in Berkhamsted turn into Lower Kings Road and left just after the station, under the railway arch. Proceed straight over the roundabout and follow the road round to the right. At the T-junction turn left and continue up the hill to the next T-junction, at Berkhamsted Common. Turn left, continuing through the forest and past Ashridge House. On reaching the T-junction at Little Gaddesden turn left and immediately left again into the drive of the property. 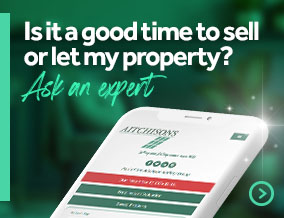 SELLING AND LETTING HOMES SINCE 1935

Aitchisons have firmly established a reputation as one of the leading independent estate agents in Berkhamsted and the villages. Our staff have a wealth of experience, valuing homes in changing marketing conditions and offering sound marketing advice to clients. Our in depth local knowledge, enthusiastic and professional approach has been paramount in the continued success of selling homes in the area.

The London Office<
More properties from this agent

Disclaimer - Property reference 30500676. The information displayed about this property comprises a property advertisement. Rightmove.co.uk makes no warranty as to the accuracy or completeness of the advertisement or any linked or associated information, and Rightmove has no control over the content. This property advertisement does not constitute property particulars. The information is provided and maintained by Aitchisons, Berkhamsted. Please contact the selling agent or developer directly to obtain any information which may be available under the terms of The Energy Performance of Buildings (Certificates and Inspections) (England and Wales) Regulations 2007 or the Home Report if in relation to a residential property in Scotland.