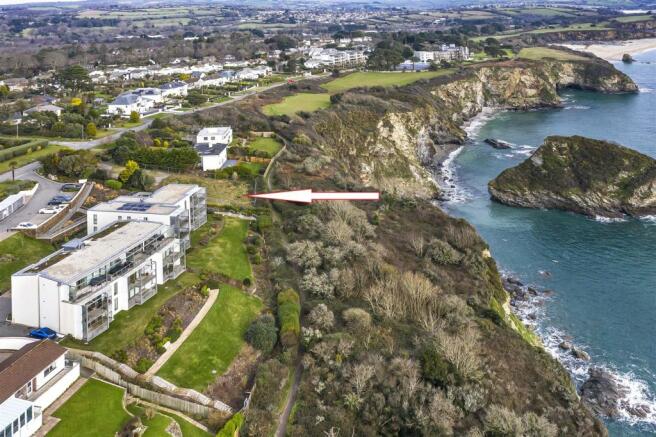 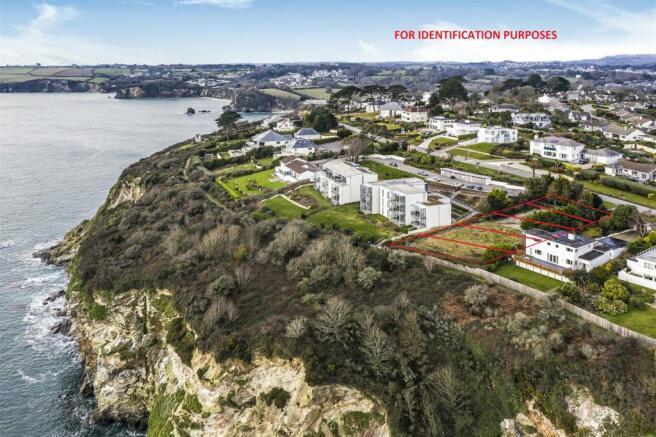 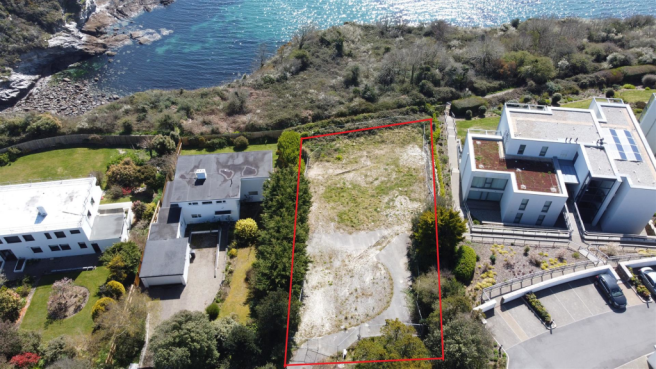 *** SUPERB COASTAL PLOT ***
Situated on one of Cornwall's premier cliff top private roads, Sea Road, is this former site of a single dwelling. Extending to around 0.30 acres, this superb plot benefits from conditional planning consent for the erection of a block of five flats, provision of nine parking spaces and associated landscaping under Application No: PA16/06018. In February 2019, a certificate of Lawful Development was granted confirming that the demolition of the original dwelling was commencement of development for the original planning permission (PA/18/11665)

Situated in the popular coastal location of Carlyon Bay which offers a range of amenities including a championship golf course, Edie's restaurant and a 4* hotel with two restaurants, and Chinese restaurants. Charlestown which is a popular Georgian harbour side village, is approximately one mile and can also be reached by the coastal footpath almost opposite the property, and is situated around a picturesque inner and outer harbour with pebble beach, some two miles from St Austell town centre. The harbour currently houses some fishing boats, and has been the back drop of several feature films and TV series such as Alice in Wonderland, Doctor Who, The Three Musketeers, The Eagle Has Landed and Poldark, largely due to its picturesque natural and unspoilt coastline surrounds. Charlestown has a hotel and guest houses, with excellent restaurants, and a selection of public houses.

Directions: - The property is approached by passing Charlestown Primary School on the left hand side, then taking the first right hand turning into Sea Road. Follow the road and the property will appear on the right hand side approximately half way along.

Services: - Purchasers must make their own enquiries regarding the site although it is believed all mains services are available. 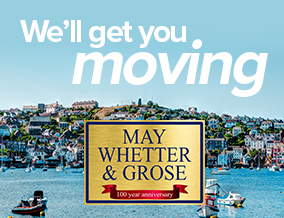 May Whetter & Grose is one of the broadest based Agency and Surveying practices in Cornwall. Operating from prominent offices in St Austell and Fowey, and with a smaller office in Polruan, it has separate departments for residential sales, professional services, commercial, residential management and letting.

Established in mid Cornwall in the 1920's, the company has established an enviable reputation for its professional and efficient service which is reflected in its wide ranging clie

Disclaimer - Property reference 30508854. The information displayed about this property comprises a property advertisement. Rightmove.co.uk makes no warranty as to the accuracy or completeness of the advertisement or any linked or associated information, and Rightmove has no control over the content. This property advertisement does not constitute property particulars. The information is provided and maintained by May Whetter & Grose, St Austell. Please contact the selling agent or developer directly to obtain any information which may be available under the terms of The Energy Performance of Buildings (Certificates and Inspections) (England and Wales) Regulations 2007 or the Home Report if in relation to a residential property in Scotland.