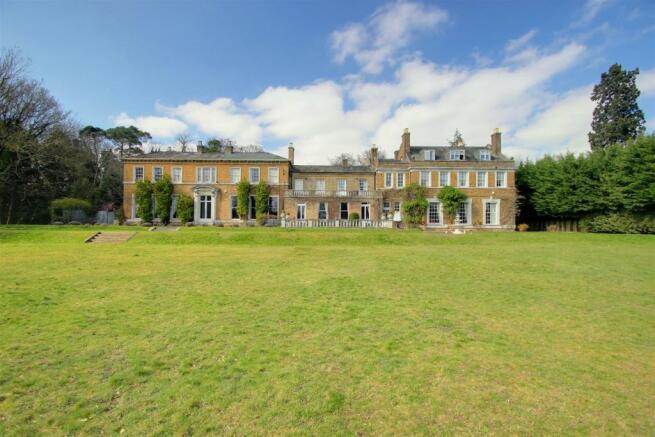 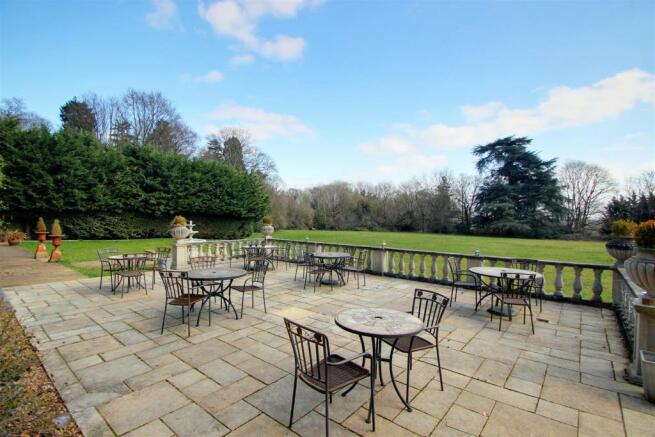 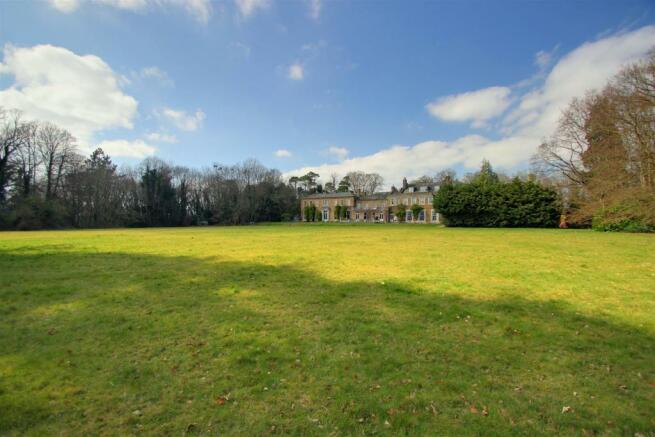 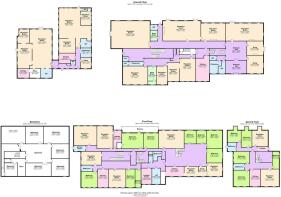 Tenure: Please confirm if this is a freehold or leasehold property with Sterling Estate Agents

The History Of High Elms Manor 1800 - 1890 - Augustus Cavendish Bradshaw was the originator of High Elms. He appears to have purchased the Estate in the early 1800s and either built High Elms or made very substantial alterations to a small existing building.[3] He and his wife Mary Ann were a very notable couple at this time.

John Ryley was born in 1786. In 1806 he married Charlotte Catherine Coxe, who was the daughter of General Coxe of Cavendish Square. He worked for some years in the Bengal Civil service and after that was a Magistrate for Hertfordshire for thirty years

The next owner of High Elms was Arthur Currie. The 1851 Census shows that he and his wife Dora were living on the Estate and states that Arthur was a Magistrate and distiller. Arthur was born in 1804 at Bromley by Bow. He was first married to Charlotte Judith Smith but unfortunately she died in 1840. In 1845 he married Dorothea (Dora) Seymour who was the daughter of Admiral Sir Michael Seymour.

In 1863 Robert Pryor acquired High Elms after he retired from the Bar. He was born in 1812 in Hamstead. His father was Thomas Marlborough Pryor. He was educated at Cambridge and graduated in 1834 after which he was called to the Bar and for many years practiced as an Equity Barrister and conveyancer. In 1844 he married Elizabeth Caroline Birch the daughter of Wyrley Birch of Wretham Hall, Norfolk.

After Robert came to live at High Elms, he became Chairman of the Quarter Sessions at St Albans in 1867 and was made a deputy lieutenant of the County in 1874. For over 20 years he was Chairman of the Watford Board of Guardians and occupied many other public positions. He died at High Elms in 1889 at the age of 78. In 1890 the property was advertised for sale in The Times

1890 - Present Day - During the 1890s Claude Watney bought High Elms as his country house. He and his wife Ada Annie Watley lived there until 1911. Sometime during the 1890s the name of the house was changed from High Elms to Garston Manor.

In 1911 the property, (now referred to as Garston Manor) was purchased by Walter William Bourne, who was the founder of the Department store Bourne and Hollingsworth. In 1921 Walter died at the age of 56 at Garston Manor. The Probate register shows that he left a large fortune to his family. Clara retained ownership of Garston Manor until 1932 when she put the house on the market. An advertisement for its sale appeared in “The Times".

The Property Today - Although the property has been run as an independent school for a number of years the property could easily be returned to a residential dwelling, a spa, a luxury country retreat...the options are almost limitless. Some of the main features of the ground floor include a ballroom, banqueting hall, drawing room and a morning room. currently the first and second floor have been converted into five flats but could be easily modified to suit you own needs.

Agents Information For Buyers - Please be aware, should you wish to make an offer for this property, we will require the following information before we enter negotiations:
1. Copy of your mortgage agreement in principal.
2. Evidence of deposit funds, if equity from property sale confirmation of your current mortgage balance i.e. Your most recent mortgage statement, if monies in bank accounts the most up to date balances.
3. Passport photo ID for ALL connected purchasers and a utility bill.

All of the staff here at Sterling are professionally qualified to the highest of standards by the National Association of Estate Agents and are ready to assist you in either the sale or letting of your property, or as a buyer or wishing to rent.

Disclaimer - Property reference 30551705. The information displayed about this property comprises a property advertisement. Rightmove.co.uk makes no warranty as to the accuracy or completeness of the advertisement or any linked or associated information, and Rightmove has no control over the content. This property advertisement does not constitute property particulars. The information is provided and maintained by Sterling Estate Agents, Kings Langley, Abbots Langley & Watford. Please contact the selling agent or developer directly to obtain any information which may be available under the terms of The Energy Performance of Buildings (Certificates and Inspections) (England and Wales) Regulations 2007 or the Home Report if in relation to a residential property in Scotland.