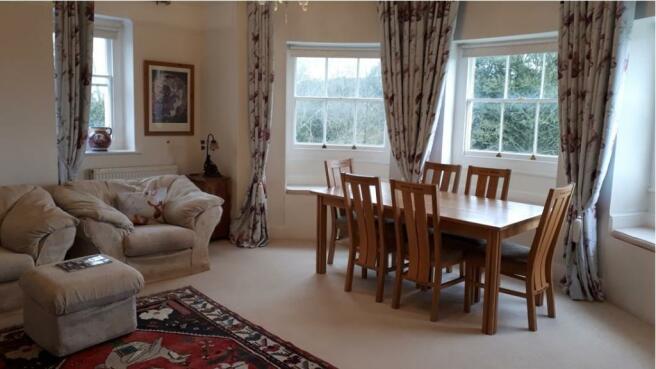 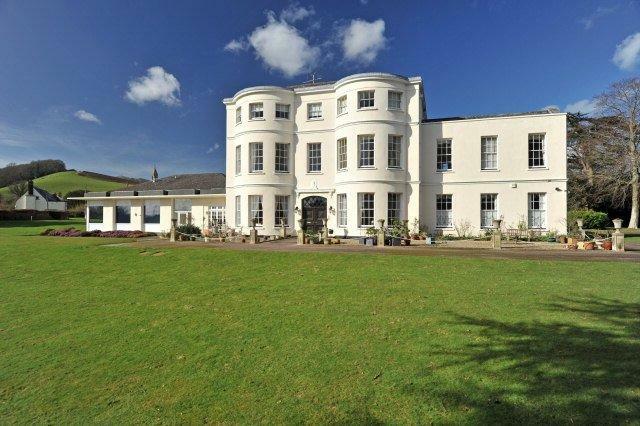 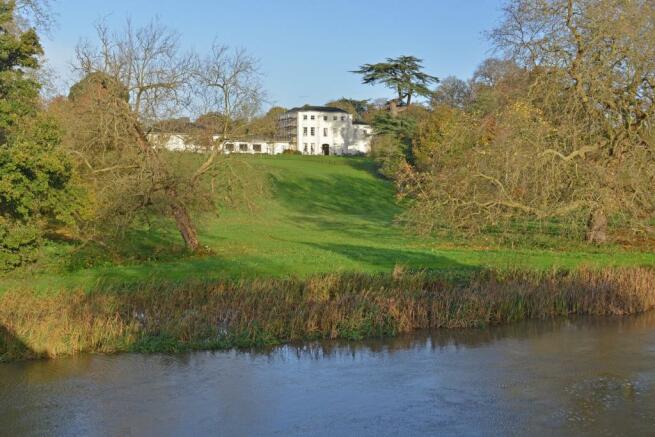 Guide Price
£245,000Knowing the purchase price means you can work out the total cost of buying the property.Read more about property price in our glossary page.
Reduced on 11/09/2020 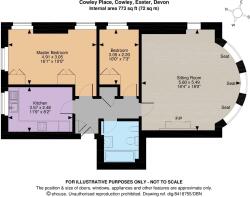 This attractive two bedroom apartment is set on the top floor of a prestigious Grade II Listed mansion, within two miles of the vibrant city centre of Exeter. Cowley Place dates from the late 18th century; originally built as a private residence, it became the headquarters for a national bank before being divided into six apartments in the 1990s. Outside, the property has highly attractive white rendered elevations and a double-fronted façade, while inside the rooms are light and airy, with large sash windows.

The apartment has a well-proportioned south facing sitting room with an open fireplace and a bay window, fitted with three sash windows providing extensive views across the grounds, river and towards Exeter. There is a newly-fitted kitchen with a range of integrated appliances, as well as two double bedrooms, both of which have fitted storage, and a family bathroom. The perfect lock up and leave.

The property is situated in the village of Cowley, just north of Exeter and on the edge of the beautiful Devon countryside. The village has a local pub, while further amenities can be found in nearby Newton St. Cyres, including a local shop and a popular primary school. Exeter is easily accessible, providing an excellent choice of shops, leisure and cultural facilities. The city is boosted by the presence of the university and the medical school, while there are a number of excellent schools including Exeter Cathedral School, Exeter School and The Maynard School. Exeter also has an excellent private hospital, two theatres, a John Lewis and a Waitrose. Exeter St. David’s mainline station is just a mile and a half away, providing regular services to London, while the M5 is five and a half miles away.

1 Cowley Place has a garage, as well as an allocated parking space. The communal gardens and grounds at Cowley Place are a particular feature of the property, being available exclusively for the private use of its residents. The grounds are mainly made up of wellmaintained parkland and wooded areas, with the River Creedy flowing along the boundary of the perimeter and merging with the Exe, before it continues beyond Cowley Place to Exeter. Lawned gardens run down to the river and a number of paths meander through the land creating some wonderful walks. The grounds extend to approximately 11 acres, including circa 400 yards of fishing rights on both the Exe and the Creedy. In addition to the gardens, there is a heated indoor swimming pool, a wine cellar, a games room and a tennis court, all for the use of the residents.

Disclaimer - Property reference EXE200109. The information displayed about this property comprises a property advertisement. Rightmove.co.uk makes no warranty as to the accuracy or completeness of the advertisement or any linked or associated information, and Rightmove has no control over the content. This property advertisement does not constitute property particulars. The information is provided and maintained by Strutt & Parker, Exeter. Please contact the selling agent or developer directly to obtain any information which may be available under the terms of The Energy Performance of Buildings (Certificates and Inspections) (England and Wales) Regulations 2007 or the Home Report if in relation to a residential property in Scotland.