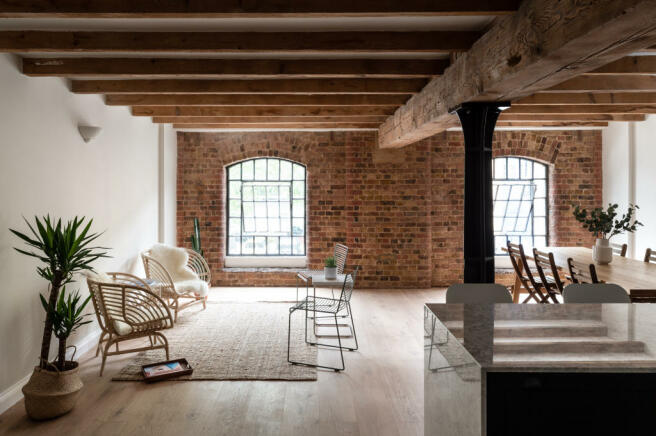 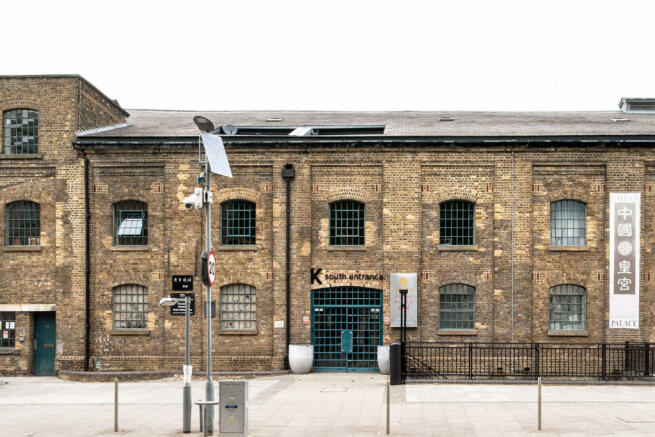 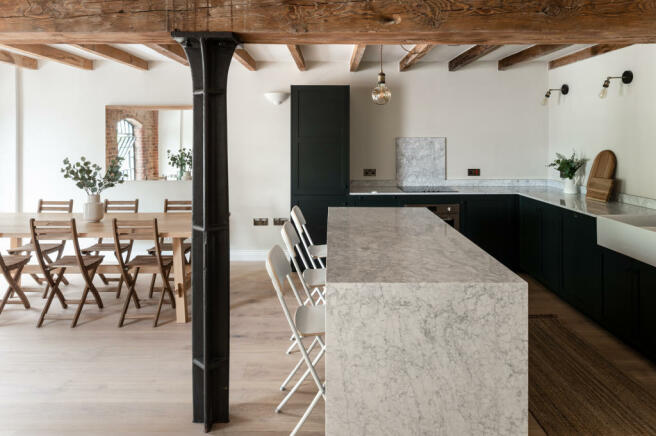 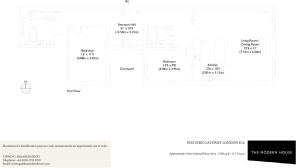 Warehouse K, a Grade II-listed former tobacco warehouse, was built in 1850 and sits just north of the Royal Docks in East London. This substantial two-bedroom apartment is located on its second floor and is one of just seventeen that comprise the sympathetic conversion. This particular apartment has been carefully renovated to celebrate as much of the original fabric and character as possible across its 1,269 sq ft, and has the added benefit of a courtyard terrace.

Entry is to the second floor, via a lift. At one end of the large open-plan living room is a new kitchen with bespoke midnight-blue cabinetry and marble worktops set with Smeg appliances. The wonderfully-aged brass taps are from Perrin & Rowe.

This space is flooded with natural light through wonderful original Crittal windows that look out to the docks beyond.Engineered-oak floors run throughout, creating a bright continuity. These chime with contemporary details and classic warehouse features, such as exposed beams and softly worn bare brick.

Beyond the living space a wide hallway connects to the two bedrooms, which are set either side of the courtyard garden. This is shared with the neighbouring apartment and is a wonderfully secluded space that acts as a lightwell, drawing light into the centre of the plan. The two bathrooms have been carefully finished, with carrara marble and a cast iron bath in the larger, and fittings by Aston Matthews in both.

The building dates from 1850-1855 and was built as part of the rapid expansion of the Royal Docks, designed and engineered by George Parker Bidder. These were the deepest and biggest of the docks, a feat of Victorian engineering, and were the gateway to London for both cargo and passengers until the 1980s. The Docklands have since undergone significant development, and this is one of the most notable warehouses to have survived.

Now a thriving part of east London, the docks will also be connected to Crossrail from Custom House, running services to The City in ten minutes. The station, a five-minute walk away, currently connects to the underground and overground network via the DLR.

The Royal Docks also offer open-water swimming and other water sports, including rowing, sailing and kayaking. Just across the river, accessible via the Emirates Air Line, is Greenwich Peninsula and the O2 Arena. From here, connections run via Ferries into the city.

There are also international connections via nearby London City Airport, which is undergoing an expansion with new links to Europe, the Middle East and North America. There is easy access out of London towards Essex and Kent via the A13.

Disclaimer - Property reference TMH78040. The information displayed about this property comprises a property advertisement. Rightmove.co.uk makes no warranty as to the accuracy or completeness of the advertisement or any linked or associated information, and Rightmove has no control over the content. This property advertisement does not constitute property particulars. The information is provided and maintained by The Modern House, London. Please contact the selling agent or developer directly to obtain any information which may be available under the terms of The Energy Performance of Buildings (Certificates and Inspections) (England and Wales) Regulations 2007 or the Home Report if in relation to a residential property in Scotland.