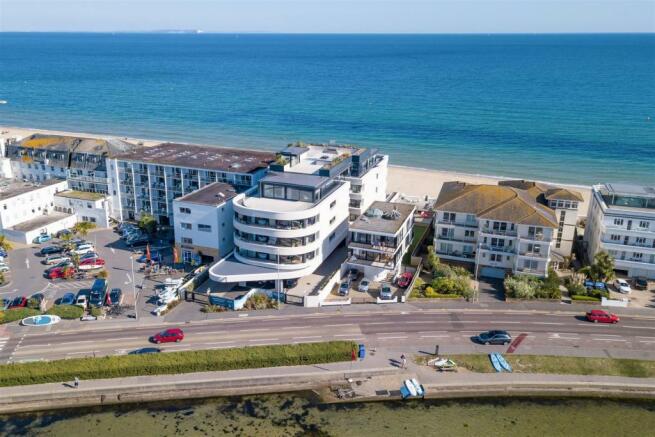 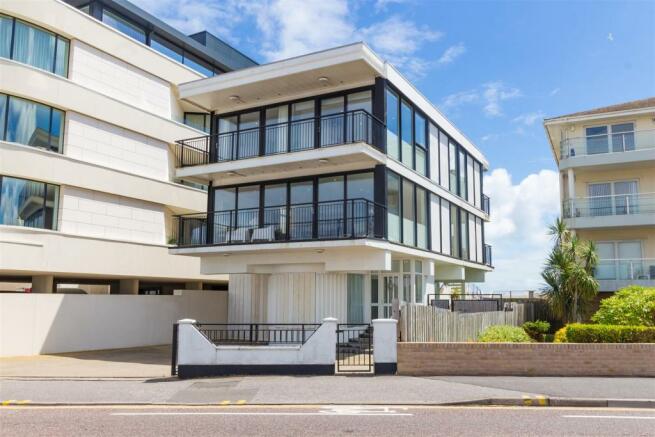 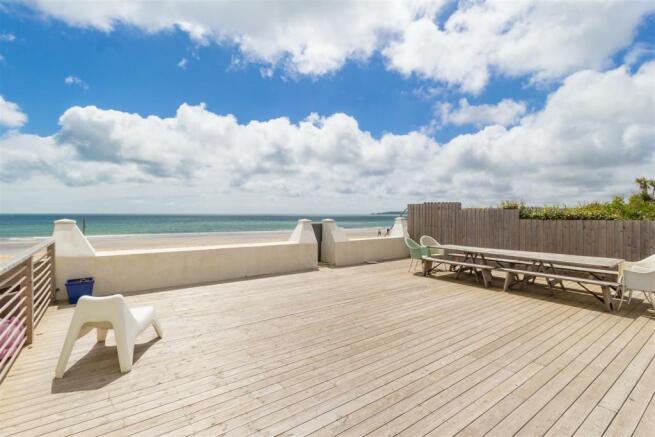 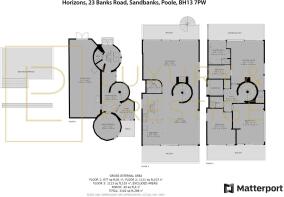 WE'VE BEEN EXPECTING YOU MR BOND! A truly wonderful example of early 1970s contemporary architecture which won national acclaim in its day and would not look out of place on a film set. A forerunner to the Sandbanks super-home it is now looking for a sympathetic makeover from a lucky new owner!

Horizons is located on arguably the most sought after stretch of beach anywhere in the UK. It was designed and built in around 1973 to national acclaim and no doubt it caused quite a storm at the time. In an area known for its contemporary architecture its stands out as a wonderful example of its type with cantilevered floors, exposed steels and a central circular staircase cast in concrete. It requires updating and a sympathetic makeover in order to restore it to a completely fabulous home but what an amazing project to take on. Planning permission to remodel and enlarge the house was gained by renowned contemporary architects Horden Cherry Lee in 2011 and in 2018 there was subsequent planning permission to completely redevelop Horizons and to replace it with a block of seven luxury apartments. Both consents serve to demonstrate what might be achieved by way of built form and mass on the site, subject always to the necessary consents. It boasts potentially the largest garden on this exclusive strip of the Sandbanks peninsula with dual beach and harbour views. This small strip of land on the isthmus between Sandbanks and the mainland is especially prized as the properties here have direct access to the beach on one side and frontline views of Poole Harbour on the other resulting in a unique dual aspect. The harbour views from Horizons are undoubtedly from one of the best vantage points in the area. These types of properties are few and far between so anyone looking for a beautiful one-off contemporary home in Sandbanks need look no further.

Please Check Out Our Video And Interactive 3D Tour - All of our properties feature a professionally produced short video, personally introduced by a member of our team as well as a fully interactive 3D tour. 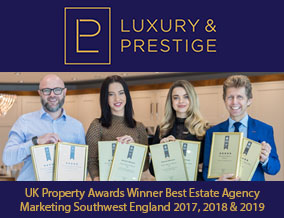 We believe our clients should expect exceptional service but at a sensible cost. Our new approach means we can offer both. Hugely improved levels of service combined with market-leading presentation come as standard but at a fee which is lower than a traditional estate agency. There are no up-front costs whatsoever for our exclusive sole agency clients.

Disclaimer - Property reference 29784194. The information displayed about this property comprises a property advertisement. Rightmove.co.uk makes no warranty as to the accuracy or completeness of the advertisement or any linked or associated information, and Rightmove has no control over the content. This property advertisement does not constitute property particulars. The information is provided and maintained by Luxury & Prestige, Sandbanks, Poole. Please contact the selling agent or developer directly to obtain any information which may be available under the terms of The Energy Performance of Buildings (Certificates and Inspections) (England and Wales) Regulations 2007 or the Home Report if in relation to a residential property in Scotland.