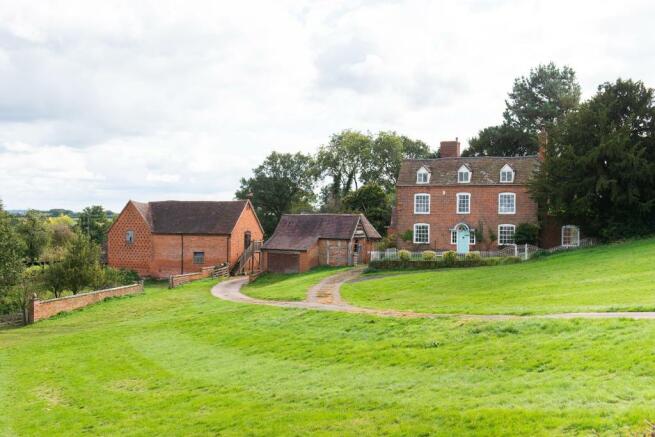 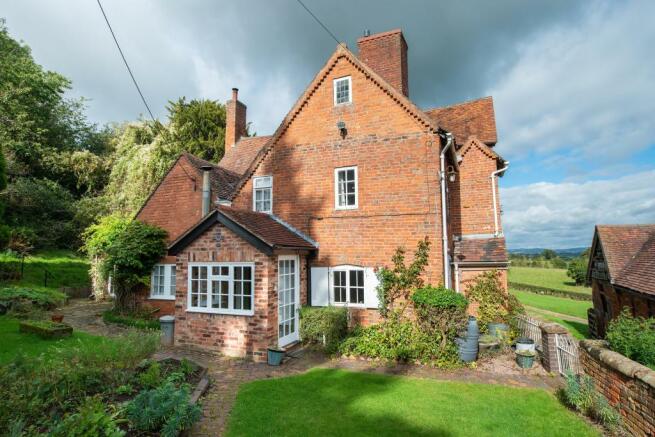 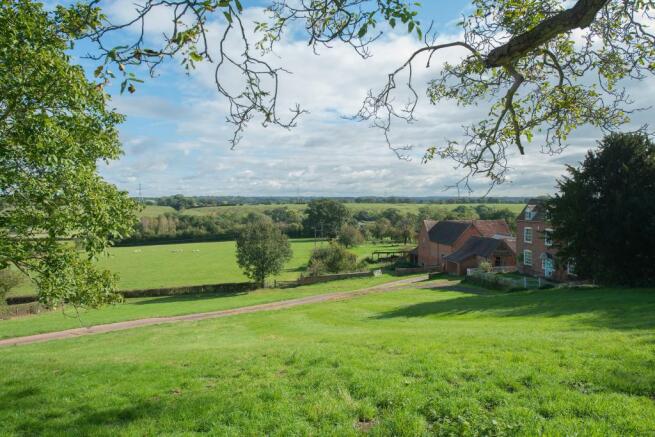 Pipers Hill Farm is an elegant and attractive listed house, which has been in the same family since 1974, when it was bought at auction having been part of the Hanbury Hall Estate. Described as early 18th Century, it would appear that the Queen Anne front was added to an earlier house, part evidence for which is the date 1654 inscribed on the well wall. The house and its wonderful assortment of traditional buildings stands on the slopes of the hill overlooking its land. The whole of the farm is sold with vacant possession. The Farm is approached through woodland and across Dodderhill Common. Once over the cattle grid, the concrete drive sweeps down the hill in front of the house into the lower courtyard and up to the side of the house. Brick steps lead up onto the garden edged with its gothic wrought iron fencing.

The back door leads into the porch with a useful cupboard space. The back hall has a flagstone floor and corridor with doors off to the boiler and utility room with a separate WC and the kitchen with a two oven AGA.

The Queen Anne front comprises the formal reception rooms. The dining room links to the kitchen, via a butler's pantry. The hall, with its elegant front door and fan light over, includes the main staircase, with a door under, leading down to the small cellar. The drawing room with its open fireplace leads through to a more recent extension being the orangery/garden room.

The elegant staircase leads up to the first floor. At the rear of the house is a bedroom, a bathroom with an airing cupboard and a wet room as well as a separate WC. Off the front landing are two bedrooms. One bedroom has an en suite shower room, the other bedroom has a small dressing room with a wash basin. There are two further bedrooms on the top floor, one with access into further attic space. Around the house is a small garden with the ornate painted wrought iron fencing adding character.

There are three pretty buildings close to the house, being a coal shed, the old forge and a garden storeroom, above which is a studio bedroom. The fine courtyard of traditional buildings stand below the house. The nearest building to the house is a small barn, which includes a garage, stable and storerooms. The large barn has double doors on each side and a cart shed at the back. The adjoining machinery stores and stables have an internal and external staircase to the loft rooms above.

There are five grass fields that surround the farmstead. Above the house and either side of the entrance there are two small parcels of woodland. Below the buildings there are a few old cider apple trees once former orchards. The fields are well fenced and some have water troughs. The lower fields are good level hay making fields and there are wild life ponds. A further 12 acres of grazing land on the east side of the road are available by separate negotiation.

Pipers Hill Farm is situated perfectly in rural north Worcestershire and yet close to the city of Worcester and Droitwich Spa, as well as the motorway network to the Midlands and south to Gloucester. It stands on the slopes of Dodderhill, also known as Pipers Hill, with a wonderful easterly outlook and impressive views. This is a much sought after rural and peaceful residential area close to important market towns and Cities. The region is also particularly renowned for excellent schools. Train stations are at Worcester or Droitwich.

Our teams of experts are on hand to help you with every step of your property journey, just contact your local office today to take the first step. Our offices are fully Covid-secure, and we would like our valu 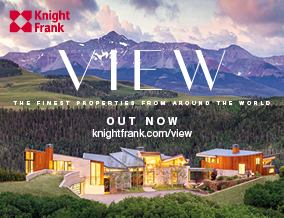 Disclaimer - Property reference WRC012040027. The information displayed about this property comprises a property advertisement. Rightmove.co.uk makes no warranty as to the accuracy or completeness of the advertisement or any linked or associated information, and Rightmove has no control over the content. This property advertisement does not constitute property particulars. The information is provided and maintained by Knight Frank, Covering Worcestershire. Please contact the selling agent or developer directly to obtain any information which may be available under the terms of The Energy Performance of Buildings (Certificates and Inspections) (England and Wales) Regulations 2007 or the Home Report if in relation to a residential property in Scotland.