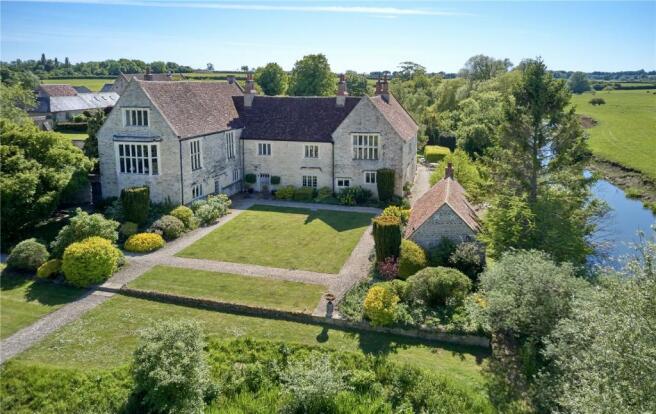 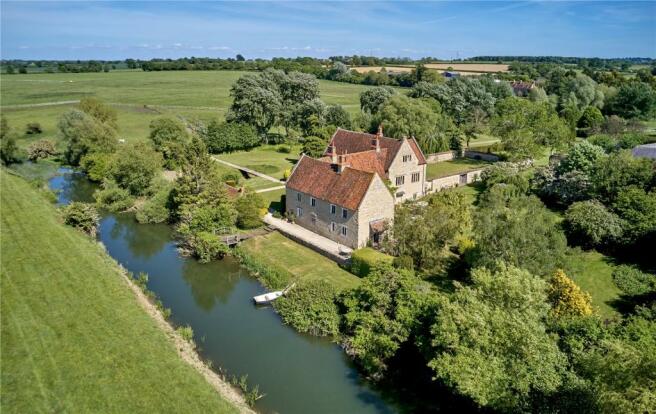 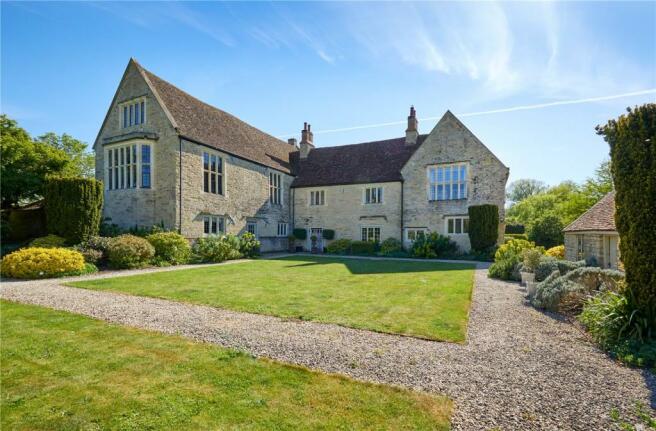 SITUATION
Beachampton is an attractive village in the heart of Buckinghamshire’s rolling countryside. It has a delightful 14th Century church, beyond which along a private drive, Beachampton Hall is situated. In past centuries the village is reported to have had two manor houses and a mill alongside the river, all of which is recorded in the Domesday Book. Although it is not certain that the sixth wife of King HenryVIII, Catherine Parr, actually lived in Beachampton Hall, the property was certainly listed as part of her extensive dowry when she married the King. An interesting factual programme on the history of Beachampton has recently been created for television and there are numerous historical documents recording its story. Over the centuries the Hall and surrounding estate were owned by several prominent families, including the Marquis of Salisbury, the Cecil family and a former Lord Mayor of London – whose crest features as decoration on the window in the Great Chamber, now the drawing room. It is certain that Queen Anne of Denmark visited Beachampton in the 17th Century during the English Civil War and inspected her troops from a balcony overlooking the river and adjacent fields. Beachampton Hall is surrounded by beautiful grounds and has extensive views across surrounding countryside. Many of its features are regarded as being of particular architectural interest – including the motifs on the door frame of the Great Chamber and, indeed, the panelled door itself. Windows in the property are particularly beautiful – large, leadlight and stone mullioned. There are also high ceilings, beams, several inglenook fireplaces and further attractive features throughout. The present owners of Beachampton Hall only recently found bottles bearing the initials of King Henry and Catherine Parr, and also found what they believe to be a granite cannon ball, possibly dating back to the Civil War.

HISTORY
An exquisite English country manor house, steeped in history and Royal connections, set in an idyllic landscape beside the River Great Ouse in Buckinghamshire. Beachampton Hall estate dates back to mediaeval times and was once the hub of its community providing work, food and general sustenance to the village. The property which is seen today, is a stunning home which has been carefully restored and maintained by the present owners, catering for the demands of modern family life but in gloriously historic surroundings. The stone gabled house, believed to have been built in the early 1600s was once part of a larger manor house, remains of which are incorporated into a delightful summerhouse in the
grounds.

GROUND FLOOR
A beautiful oak door at the main entrance opens into a spacious reception hall, with a fireplace, and window with a charming window seat overlooking the rear garden. From here there is access to a dual aspect sitting room/snug which has a window seat and shutters, an inglenook fireplace and built-in display/storage shelves. Along the inner rear hall is a back staircase and a two-piece cloakroom with marble wash hand basin, and further along is the spacious dining room which has a beautiful flagstone floor, a large inglenook fireplace with wood burning stove and a charming period hatch into the kitchen/breakfast room.
The kitchen/breakfast room is fitted with bespoke wood units and oak work surfaces, a two oven oil-fired Aga along with a cooker with ceramic hob. The room has an oak floor and there are French doors opening out into the garden. On the other side of the main reception hall there is access to the beautifully-beamed Queen Anne room, used at present as a games room. This is where Queen Anne of Denmark would have been greeted on her arrival at Beachampton Beyond the games room is a cloakroom, and on to the Family Room or Undercroft – so named as many centuries ago it was used in winter to house the animals of the farm. Just off an inner hallway leading to the main staircase is the large utility room/storage room.

FIRST AND SECOND FLOORS
The wide main staircase is bathed in light from large windows and this leads to the superb Great Chamber, now the drawing room. The first feature to note in the Great Chamber is the beautiful door and its elaborate frame. It has a stunning high ceiling, three large windows, limewash walls, a woodburner in a lovely fireplace, oak floorboards and some wall panelling still remains. On this floor along a wide landing are double bedrooms two, three and four, and a family shower room with a very spacious Drummonds Shamrock shower with underfloor heating and Carerra marble, a La Chapelle Lefroy and Brooks wash hand basin and Lefroy and Brooks WC. The impressive principal suite is split-level – the elevated area perfect for a four poster bed. The room has exposed stonework, beams and is fitted with a range of built in wardrobes designed to resemble wood panelling. The luxuriously-appointed en suite bathroom has a double shower, roll top claw foot bath, twin wash hand basins and oak floors. A staircase rises to the second floor where there are two further bedrooms, both spacious doubles which are linked by a jack and jill shower room. A further bathroom can be found in bedroom five. Views from this floor are spectacular, across lovely countryside with the river meandering into the far distance.

OUTSIDE
The grounds and gardens around Beachampton Hall are one of its many stunning attributes. It has two vehicle entrances with long driveways, one passing the Hall’s two enclosed paddocks. The main driveway sweeps through stone pillars and through part of the lovely landscaped grounds towards the house, where adjacent is a picturesque pond with stream running into the River Great Ouse. The occupants of Beachampton Hall have fishing rights on the river. Gardens abound on all sides of the property, all offering different dimensions of planting, and areas for relaxing and entertaining. There are terraces, gravelled pathways, a delightful walled garden, a nuttery spiral – all kept to a very high standard. The Grand Terrace provides an excellent large entertaining space which attracts the sun all day.
Outbuildings include four large stables and field barn, a boiler room and store room, and the summer house. Medieval ruins of the Lord of the Manor’s stabling are still evident.

Disclaimer - Property reference BAS120038. The information displayed about this property comprises a property advertisement. Rightmove.co.uk makes no warranty as to the accuracy or completeness of the advertisement or any linked or associated information, and Rightmove has no control over the content. This property advertisement does not constitute property particulars. The information is provided and maintained by Savills, Country Department. Please contact the selling agent or developer directly to obtain any information which may be available under the terms of The Energy Performance of Buildings (Certificates and Inspections) (England and Wales) Regulations 2007 or the Home Report if in relation to a residential property in Scotland.