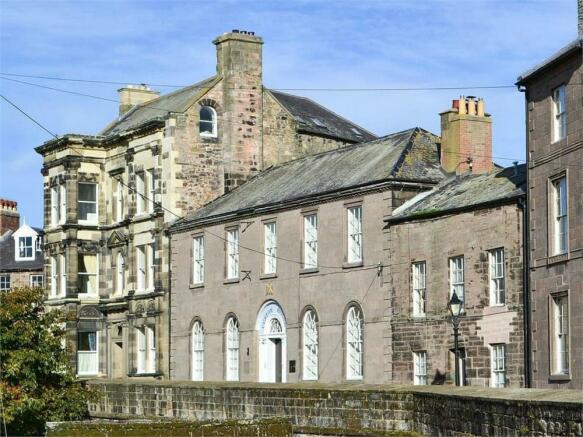 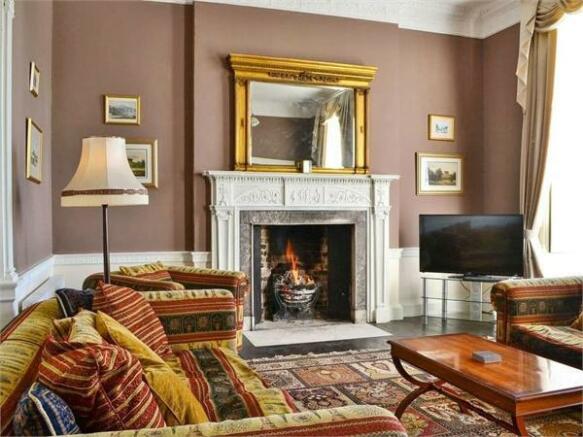 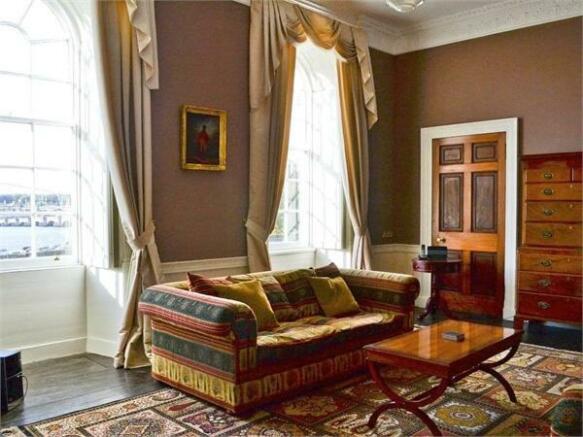 Description
The Custom House is an impressive Grade I Listed town house in a prominent location on the Elizabethan town walls of Berwick upon Tweed with beautiful views over the River Tweed. The property is understood to have been built in the late 1740s for a wealthy Berwick merchant. Part of the house is built on a medieval structure dating from the time of Edward the Long Shanks in the 1270s. This part of the building includes barrel vaulted chambers once used for storage of salted fish, gin from Holland and rum from the Caribbean and which benefit from direct access through the medieval Quay Walls onto the quayside.

The Custom House has had a rich and colourful history. Originally built as a merchant’s house it was later occupied by the Mayor of Berwick and was also the headquarters of the town militia during the Napoleonic Wars. Later the house became an apothecary and doctor’s surgery before being used as a hospital for soldiers recovering from wounds sustained during the First World War. It later became a bank and chemist and then, finally, in the late 1950s the Customs & Excise House hence the name The Custom House.

The property is accessed directly from the Quay Walls through an impressive front door described in the listing information as, ‘A fine doorway with a round headed traceried twilight and Tuscan fluted pilasters.’ The door opens into a welcoming reception hallway with a stone floor, cornicing and stucco ceiling. Original mahogany doors lead through to two well-proportioned reception rooms on either side of the hallway. These rooms benefit from many period features including ‘Adam’ style fireplaces, ornate cornicing and round headed sash windows with working shutters which flood the rooms with light. The hallway also opens onto the stair well with a magnificent cantilevered stone staircase with wrought iron spindles and mahogany rail which provides access to all floors. The landing also gives access to a further reception room suitable for use as a study or extra bedroom.

The first floor landing is surmounted by a wonderful cupola which floods the whole staircase with natural light. An inner landing leads on to three double bedrooms with period features including cornicing and sash windows with working shutters that have superb views out over the River Tweed. Three steps lead down to a family shower room with walk in shower cubicle, wash hand basin and WC. The first floor accommodation is completed by a well-equipped dining kitchen, again with views over the river.

The staircase leads down to a lower ground floor with a second kitchen with a vaulted ceiling and fitted with contemporary kitchen units and integral appliances. A half-height door opens onto a metal staircase accessing the cellars. Completing the lower ground floor is a large shower room with walk in shower cubicle, matching wash hand basins, WC and towel rail.

The staircase descends further to the bottom floor with a large reception hallway and a further entrance hall with an external access onto Palace Street and two off street parking places. At this level there is a large cellar or icehouse area which at one time would have been used to store goods taken straight from the ships berthing nearby. It is believed that these vaulted rooms were originally used as warehouse storage for goods brought into the Quayside. An access leads through the Elizabethan town walls to the Quayside beyond. Subject to further development and the requisite planning consents this space could be used as a unique additional living space, such as a gym or for occasional entertainment.

Location
The Custom House sits on the medieval Quay Walls of Berwick upon Tweed and is close to the town centre which offers a comprehensive range of shopping, banking, educational and leisure facilities together with modern sports and arts centres. The mainline railway station is within an easy walk and provides regular services to Newcastle, Edinburgh and London. The A1 is also within easy reach providing excellent access to the national, regional and local road network.

Berwick upon Tweed is a historical town well known for its stunning architecture and the Elizabethan town walls and is situated at the heart of the rugged coastline and unspoilt beaches of North Northumberland and the eastern Borders. Lindisfarne National Nature Reserve, Bamburgh Castle and the ancient Border towns of Coldstream, Kelso and Melrose are within easy reach. There are a number of excellent links and inland golf courses locally, including a Championship course at Roxburghe, and racecourses at Kelso and Musselburgh. The River Tweed and its tributaries provide internationally acclaimed salmon fishing and there is also good sea trout and trout fishing available locally. The area is renowned for the quality of the countryside pursuits on offer and the east coast provides dramatic scenery, magnificent beaches, sailing, sea fishing and diving. Despite its proximity to both Edinburgh and Newcastle, the area has a low population and therefore offers a quality of life that is becoming increasingly rare.

Founded in the English Lake District in 1880, Edwin Thompson now operate from five offices in Northern England and the Scottish Borders - Berwick-upon-Tweed, Galashiels, as well as their original office in Keswick - with a client list ranging from major national companies , institutions and pension funds to smaller local companies and individuals, with interests throughout the UK.

As a multi-discipline practice, we cover the full range of professional surveying, valuation, land manageme

Disclaimer - Property reference 4766161. The information displayed about this property comprises a property advertisement. Rightmove.co.uk makes no warranty as to the accuracy or completeness of the advertisement or any linked or associated information, and Rightmove has no control over the content. This property advertisement does not constitute property particulars. The information is provided and maintained by Edwin Thompson, Berwick-Upon-Tweed. Please contact the selling agent or developer directly to obtain any information which may be available under the terms of The Energy Performance of Buildings (Certificates and Inspections) (England and Wales) Regulations 2007 or the Home Report if in relation to a residential property in Scotland.