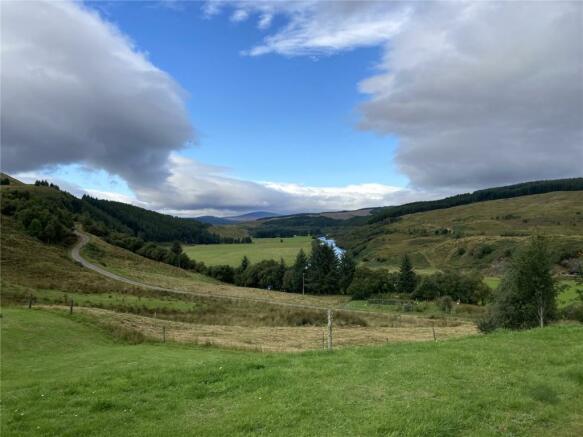 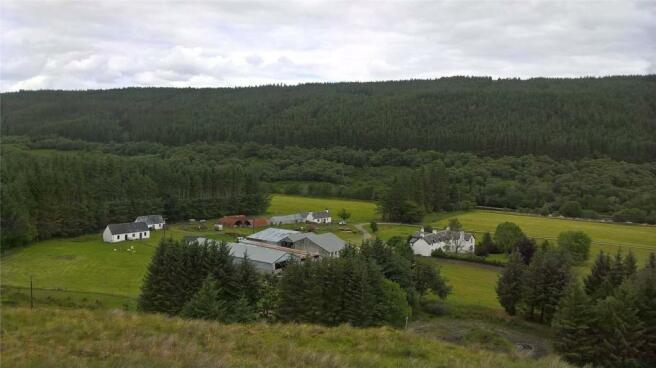 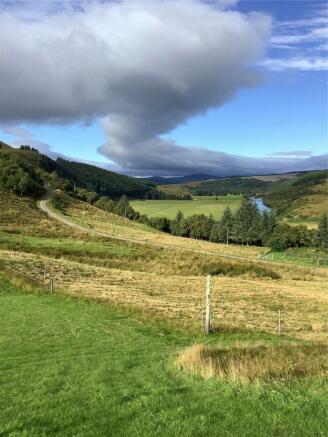 A secluded farm in beautiful surroundings by the River Oykel. Offering a 3 bedroom cottage, range of farm buildings, farmland, woodland and with development potential.

Langwell has been inhabited since pre-historic times as is evidenced by a recent discovery of a 4000 year old burial kist and the Hill Fort and Dun which occupies a prominent knoll above the river at the western end of the farm. The easily defended position and good quality farmland were ideally suited to human settlement. Langwell is a productive livestock farm which extends to 186.25 acres (75.37 Ha) The farm has been run as part of a larger hill unit carrying a herd of suckler cows and a hill sheep flock. The productive level silage ground makes up a large proportion of the land for sale extending to about 97.85 acres. In addition there are 61.55 acres of rough grazings/improved hill pasture, with the remaining ground being a mixture of mature conifer woodland, shelter belts and natural regeneration.

There is an extensive range of farm buildings of mainly modern construction which are more than adequate for a farm of this size and a comfortable modernised cottage providing the living accommodation, all within a tranquil and sheltered valley setting.

Strath Oykel in the north of Scotland. The south bank of the River Oykel runs along the boundary of the farm for over a mile. The Oykel is one of several famous salmon rivers which together with the River Cassley form the Kyle of Sutherland, and are joined by the rivers Shin and Carron which flow into the Dornoch firth and on to the North Sea.

From only 10 metres above sea level at Langwell the land rises to the west into wild moorland before reaching the spectacular hills of Assynt on the northwest coast, an area popular with hill walkers. Lochinver and Ullapool can be reached in under an hour. To the east there are the coastal towns of Tain and Dornoch, which provide a wide selection of services and facilities including secondary schooling, supermarkets, banks and hotels. Tain is well known as the home of the Glenmorangie distillery, whilst the historic town of Dornoch has a fine sandy beach and a championship golf course The Royal Dornoch which has been consistently voted one of the top ten courses in the world. Indeed the area is well served with golf courses with further excellent courses at Tain, Golspie, Brora and limited access to the Carnegie Links at Skibo Castle.

For comprehensive services and facilities Inverness, the capital of the Highlands, can be reached in about an hour and a quarter. Local facilities including a tea room, primary school and hotel are available in Rosehall, There is another hotel at nearby Oykel Bridge.

From Inverness take the A9 north as far as Evanton. About 2 miles beyond the town turn left off the A9 at the Skiach Service Station and onto the B9176. Follow the Struie hill road to Ardgay bearing left at the junction with the A836 and continue as far as Bonar Bridge. Cross the bridge and turn left in the village continuing through the village on the A836. At the Invershin Hotel continue under the railway bridge for a further ¾ mile and turn left onto the A837 signed to Ullapool and Lochinver. Pass through Rosehall and over the River Cassley and continue for a further mile. Turn left at the junction onto the minor road signed to Inveroykel and Culrain. Cross the bridge and continue as far as the T junction. Turn right signed to Brae. Continue as far as the private road to Langwell and then follow this hard surfaced track to its end through the farm as far as Langwell Cottage.

Disclaimer - Property reference ABR200010. The information displayed about this property comprises a property advertisement. Rightmove.co.uk makes no warranty as to the accuracy or completeness of the advertisement or any linked or associated information, and Rightmove has no control over the content. This property advertisement does not constitute property particulars. The information is provided and maintained by Savills, Aberdeen. Please contact the selling agent or developer directly to obtain any information which may be available under the terms of The Energy Performance of Buildings (Certificates and Inspections) (England and Wales) Regulations 2007 or the Home Report if in relation to a residential property in Scotland.