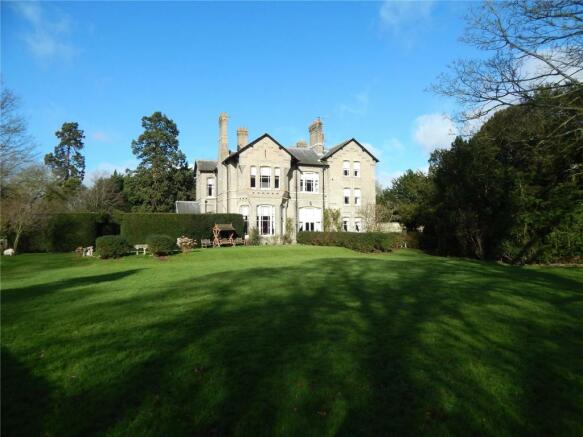 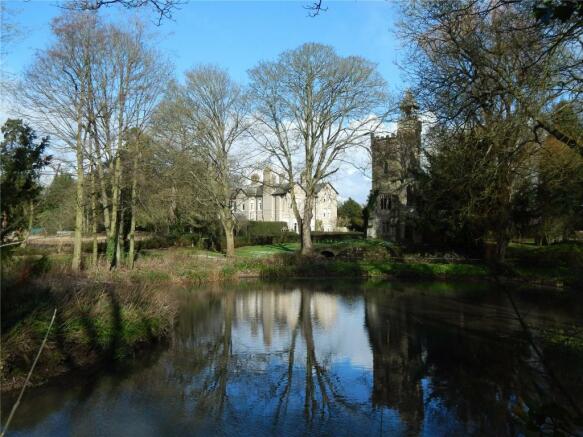 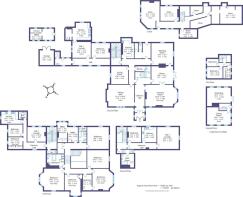 Also suitable for alternative uses such as a wedding venue or a boutique hotel, subject to planning.

A house has existed on the site since 1040 and it once formed part of a much larger sporting estate. The Hall has a south and western aspect overlooking farmland and grounds of about 5 acres comprising a unique Victorian Folly and former Chapel, a lake with an island and a boat house, a water garden and landscaped grounds.

The Hall was purchased in a dilapidated state and lovingly restored by the current owners between 1996 to 2008, providing a lovely family house with bright, interlinking reception rooms. The hall suffered a fire and is now in need of refurbishment.

The central hall has a wide staircase, galleried landings and lantern; the reception rooms are well proportioned and have high ceilings.

There are seven bedrooms and two bathrooms and potential to return the apartments back into the main house. The rooms overlook the lake and Folly to the south and over farmland to the west.

The north wing was surplus to the family’s requirements and
was converted into 3 self-contained flats, which when let produced an income of about £20,000 pa.

A Coachman’s Cottage is a two bedroom cottage ideal for a relative or would provide a further source of iincome of say £10,000 pa.

An adjacent former Game Larder has been converted into an office or gym. The gross internal area of the apartments and Coachman’s Cottage is about 4,114 sq2.

Disclaimer - Property reference SLO160002. The information displayed about this property comprises a property advertisement. Rightmove.co.uk makes no warranty as to the accuracy or completeness of the advertisement or any linked or associated information, and Rightmove has no control over the content. This property advertisement does not constitute property particulars. The information is provided and maintained by Humberts, Norwich. Please contact the selling agent or developer directly to obtain any information which may be available under the terms of The Energy Performance of Buildings (Certificates and Inspections) (England and Wales) Regulations 2007 or the Home Report if in relation to a residential property in Scotland.