This house, designed in country Georgian style, is constructed of harled stone under a slate roof. Grade A listed, it dates from 1740 and bears the initials of Samuel Forbes and his wife Margaret Crawfurd. It enjoys beautiful views across the surrounding countryside and provides well-appointed and very versatile accommodation consisting of a three story central block with wings of two storeys connected by single story quadrants forming three sides of a courtyard. The central block and the east wing form a comfortable unit and the west wing which has its own separate entrance could easily be used as an annexe.

The front door opens into an enclosed porch, leading to an entrance hallway with an impressive staircase guided by a carved timber handrail and balusters that leads to the first and second floors. To the left is a bright and spacious sitting room with an open fireplace, windows overlooking the front garden and a door through to the west wing. At the opposite side of the hallway is the dining room which is another good sized room with a pantry beyond it in the eastern quadrant. From the hallway a further door opens to a rear passageway which to the left leads to a vestibule and from there to the study and to the two car garage, and to the right leads to the east wing past the door into the courtyard. Upstairs in the central block, the first floor has a drawing room; a magnificent room with ornate ceiling plasterwork, a fireplace and its elevated position means it commands a beautiful view over the surrounding countryside. Also on the first floor are a bedroom and a bathroom. The second floor comprises three well-proportioned bedrooms, one of which could be a dressing room for the largest bedroom, and a further bathroom.

The east wing has the main boiler room in the quadrant next to the pantry (as mentioned earlier), and a WC, the laundry room with a walk-in cupboard under the stairs leading to the first floor, and the substantial and well equipped dining kitchen with a four oven Aga set in where the range had originally been. The stairs lead to the first floor where there are two generously sized and beautifully presented bedrooms and a bathroom. There is also a stair to the attic above.

The west wing is reached by the door from the living room into the western quadrant which also includes a shower room, a storage room (cellar) and the boiler for the west wing. On the ground floor there is a bedroom, a stair to the first floor and the games room with a wood burning stove as well as a storeroom and a door into the courtyard. A further two bright and spacious bedrooms and a bathroom are on the first floor.

GARDEN AND GROUNDS
The grounds extend to about 7.1 acres and include a beautifully maintained garden with areas of lawn, mature woodland and a fully enclosed walled garden in which there are various vegetable plots and a number of fruit trees. Useful garden stores are attached to the rear of the house in addition to a double garage. There is also a separate stone built barn which could be used as a stable. Ample parking space is available to the rear of house.

To view this media, please visit the on-line version of this page at www.rightmove.co.uk/property-for-sale/property-63005985.html 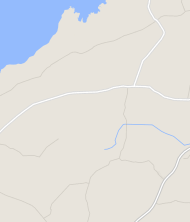 Disclaimer - Property reference ELG190023. The information displayed about this property comprises a property advertisement. Rightmove.co.uk makes no warranty as to the accuracy or completeness of the advertisement or any linked or associated information, and Rightmove has no control over the content. This property advertisement does not constitute property particulars. The information is provided and maintained by Galbraith, Elgin. Please contact the selling agent or developer directly to obtain any information which may be available under the terms of The Energy Performance of Buildings (Certificates and Inspections) (England and Wales) Regulations 2007 or the Home Report if in relation to a residential property in Scotland. 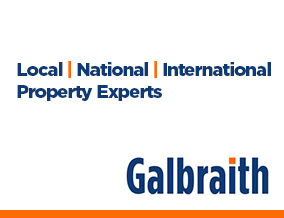