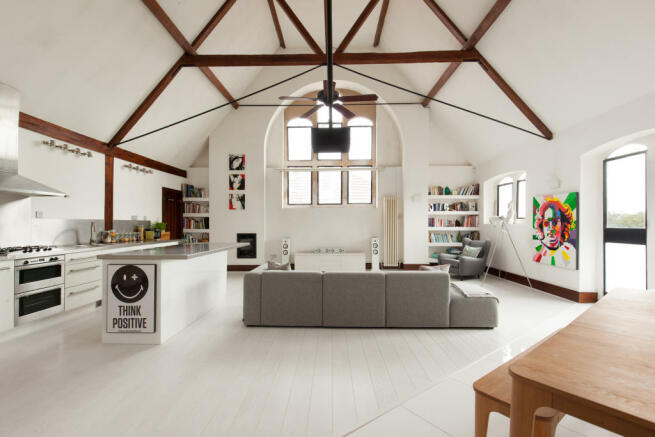 This remarkable three-bedroom apartment occupies the first floor of a former school building on Priory Street in Colchester. Priory Street ascends gently towards to historic centre of Colchester town. As such the apartment overlooks the ancient ruins of St Botolph’s Priory, providing impressive views of early Norman architecture from a large private terrace.

In the Victorian era the building was used as a school house, before it was donated to the church and converted into private accommodation. Internal spaces are arranged across one floor and are centred around a dramatic open-plan kitchen, living and dining room. These areas retain many of the architectural features of the Victorian school house including exposed eaves, steel architectural ties, an impressive pitched roof and a trio of high arched windows, bathing the apartment in wonderful levels of natural light.

There are white floorboards throughout, further emphasising the flow of light across the plan. A simple industrial-style kitchen is positioned to one side of this space, with stainless steel splashbacks, worktops and breakfast bar. A dining room with ceramic tiles underfoot is positioned at the other end of this large open space, while the living room is currently positioned in the middle, with direct access out onto a large terrace.

The terrace has wrought-iron railings with direct views of St Botolph’s. Founded between 1093 and 1100, the priory of St Julian and St Botolph was attacked by General Fairfax during the siege of Colchester in 1648. Even in its ruined state, the priory church is an impressive example of early Norman architecture and the elaborate west front is one of the best surviving examples from this period. The site is now run and maintained by English Heritage.

Three bedrooms are positioned off the communal areas, one has a mezzanine level which is currently used as a home office, another has exposed lime mortar walls and an en-suite shower room. The master bedroom has white-painted steel ties above, as well as access to the terrace via glazed doors. There is also a family bathroom.

The centre of historic Colchester is a short walk away. As the former capital of Roman Britain, Colchester is steeped in history, including the beautiful ruins of Colchester Castle, the Roman Theatre and St Botolph’s Priory. The town has an excellent range of galleries, cafes and restaurants, including the Firstsite gallery, The Minories and Hollytrees Museum.

Colchester Town train station is less than five minutes’ walk away. Trains run to London Liverpool Street and Stratford in approximately an hour and a half. 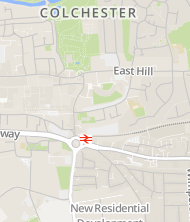 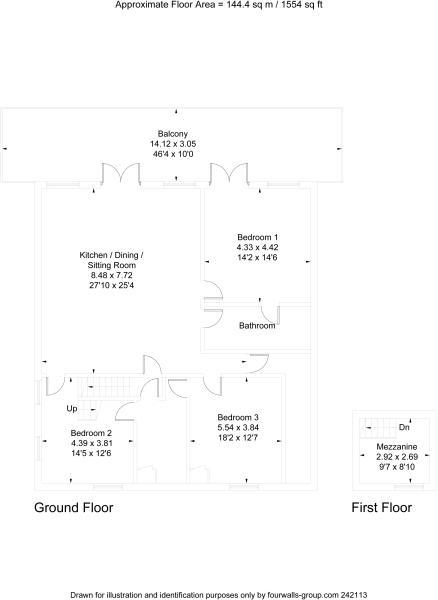 Disclaimer - Property reference TMH77783. The information displayed about this property comprises a property advertisement. Rightmove.co.uk makes no warranty as to the accuracy or completeness of the advertisement or any linked or associated information, and Rightmove has no control over the content. This property advertisement does not constitute property particulars. The information is provided and maintained by The Modern House, London. Please contact the selling agent or developer directly to obtain any information which may be available under the terms of The Energy Performance of Buildings (Certificates and Inspections) (England and Wales) Regulations 2007 or the Home Report if in relation to a residential property in Scotland.