Unique opportunity to acquire 53.2 acres of land where the Battle of Carbisdale was fought in 1650. The land is south/south-easterly facing and extends to approx. 21.56ha (or 53.27acres) and comprises heather moor and pine woodland with pretty woodland streams.

This is a unique opportunity to own your piece of Scottish history in the form of Carbisdale Battlefield.

The land is south/south-easterly facing and extends to approx. 21.56ha (or 53.27acres) and comprises heather moor and pine woodland with pretty woodland streams running through. The land is enclosed by stock fencing and a stone dyke, although this is not completely secure. It is a haven for wildlife with sika deer and woodcock recently sighted.

Almost half the ground is designated as Native Woodland by the FCS and there is an opportunity to improve and extend the native species across the whole area to create a significant block of eco-friendly land. Alternatively, a mix of amenity and commercial woodland is also possible, with the benefit of current government funding for tree planting.

No application has yet been made for a dwelling house, but it is thought that a site could be found for the sensitive development of a family house in keeping with the beautiful surroundings (all subject to necessary planning consents).

History
Carbisdale is significant as the last battle of James Graham, the 1st Marquis of Montrose, in support of the Royalist cause. Widely thought to be one of Scotland's finest ever military commanders, Montrose is a highly significant figure within Scottish history. After Carbisdale, he was finally apprehended by the Covenanters and unceremoniously executed.

Carbisdale also marks the end of the internal struggles within Scotland as part of the Wars of the Three Kingdoms, as with the Covenanters' subsequent agreement with Charles II, they come into open conflict with Oliver Cromwell and the Protectorate, rather than Royalist supporters in their own lands.

Following his defeat at Philiphaugh in 1645, Montrose had fled abroad, only to return in 1650 as the Captain-General of the forces of Charles 11. The battle was a decisive victory for the Covenanter forces arrayed against Montrose, with his forces routed almost without firing a shot. Montrose himself escaped the field but he was handed over to the Covenanters a few days later and taken to Edinburgh for his trial and subsequent execution.

To view this media, please visit the on-line version of this page at www.rightmove.co.uk/property-for-sale/property-65167980.html 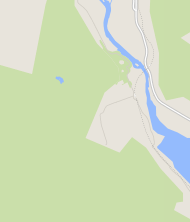 Disclaimer - Property reference INE190081. The information displayed about this property comprises a property advertisement. Rightmove.co.uk makes no warranty as to the accuracy or completeness of the advertisement or any linked or associated information, and Rightmove has no control over the content. This property advertisement does not constitute property particulars. The information is provided and maintained by Bell Ingram, Inverness. Please contact the selling agent or developer directly to obtain any information which may be available under the terms of The Energy Performance of Buildings (Certificates and Inspections) (England and Wales) Regulations 2007 or the Home Report if in relation to a residential property in Scotland.