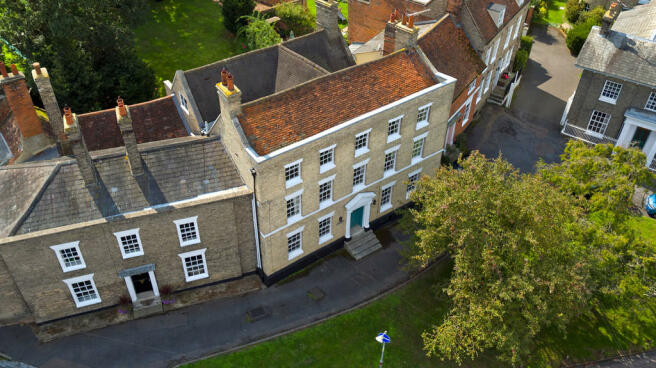 In all the property extends to about 0.3 acres.

HISTORY The house is thought to originally date from the 16th Century. A notable feature at first floor level is to the ceiling of the main bedroom which has a Tudor Rose and Fleur de Lys moulded plaster ceiling which is believed to date back to the Tudor era. The rooms are well proportioned as one would expect in a house dating from this era. Hill House is one of the most substantial and historical houses in Manningtree and has a fascinating history, understood to be one of the first major houses to be constructed in the Town and surrounding areas as early as 1500's. Renovated to the highest of standards & retaining many original features.

To both sides of the house are smaller houses, which were originally the servants' quarters, and a series of rope operated bells were used over the centuries to summon the staff. Other historic points of note are 'the priest holes' and a 'hidden room' it is understood the during turbulent times in the history of Eastern England a succession of catholic and protestant clerics hid from the enemy there.

Hill House was the first major dwelling in the Manningtree area. It was built essentially as a manor house with grounds that extended from the crest of the hill right down to the estuary of the River Stour. The houses immediately to one side were originally the servants quarters and the houses and garages to the north opposite the small greensward were originally the stables and also servants quarters. The greater proportion of the original land has been built on over the centuries to form much of the town of Manningtree.


ENTRANCE Listed as Grade II, being of Architectural and Historical interest. This fine town house, in a Conservation Area presents a handsome Georgian front of Gault brick with symmetrically placed sash windows around a column and pediment central half glazed front door with stone steps rising to it.

STAIRS TO FIRST FLOOR LANDING with doors off to:

STAIRS TO SECOND FLOOR LANDING Landing with excellent views towards the River Stour, doors off to:

OUTSIDE
Hill House enjoys a large walled south facing garden which is to the rear of the property and principally laid to lawn, flanked by well stocked shrubs and herbaceous borders, whilst the lawns are interspersed by a variety of mature trees (some have been cut back recently and other magnificent trees protected by a conservation order), to the back is a country style garden and timber garden shed.

Attached to the house is a garden/potting shed (former scullery) and beyond there is a barbeque terrace and a gate which gives access to 3 bay Cart Lodge garaging and additional off-road parking which also offers access further up South Street.


FIXTURES AND FITTINGS
Non Integral Items regarded as fixtures and fittings, including curtains are initially excluded from the sale, although certain items may be available by separate negotiation.

The majority of the furniture currently in place are available to sell.

AREA
Manningtree forms part of the Essex historical towns survey and appears to have been deliberately planted in the first half of the thirteenth century, presumably by the lord of the manor; the town itself is first recorded in the Doomsday Book 1086. The High Street has many Georgian fronted buildings, which hide their true medieval roots. The town has a wide range of Restaurants, Pubs, Local Businesses, Health Centre/Dentist and a Theatre within the community. Manningtree Beach and 'The Walls' have great views along the river and across the Suffolk shoreline. Schools in Manningtree offer a good standard of education.

Fast link trains from nearby Mistley and Manningtree stations provide the commuter with good access to London Liverpool Street.


NOTES FROM THE VENDOR
Hill House was the first major dwelling in the Manningtree area. It was built essentially as a manor house with grounds that extended from the crest of the hill right down to the estuary of the River Stour. The houses immediately to one side were originally the servants' quarters and the houses and garages to the north opposite the small greensward were originally the stables and also servants' quarters. The greater proportion of the original land has been built on over the centuries to form much of the town of Manningtree.

As we understand, the original part of Hill House which has its frontage on South Street was constructed in Tudor times, probably between 1500 and 1510. The external structure - and the existing beams in the attic - are supposed to have been recycled from ships' beams from medieval times. We do not have a definite estimate of their age but during the reconstruction between 2009 and 2011, we took samples of wood for radiocarbon dating. The back of the house is of later construction, probably around 1700, and the kitchen and scullery and other outbuildings are later still, dating from the mid-19th century. The whole house is finished as a Georgian period house and that reflects work in that period when the original Tudor house and later additions were encased in Georgian brickwork, giving Hill House is very characteristic and imposing appearance. In the 1960s it was designated as a Grade II listed building.

The internal construction is of the ancient "wattle and daub" type. This consists of tree branches which are cut to shape and held together by horsehair and lime. You will note that on one of the walls we had a "window" constructed which demonstrates this very characteristic method of construction. The staircases and landing areas are also typical designs for this part of Essex and as you will note they are of two different designs. The ground floor hallway is of typical Victorian style coloured stonework, but this is new, having been installed during the reconstruction. Also, the limestone floor in the kitchen was laid down during the reconstruction. You may note that there are fossilised leaves and stems and insects in the limestone. The colour of the walls (green in the dining room and red in the front sitting room) are also (we understand) typical colours for the area which were used to denote their purpose and to provide some formality.

The celling of the master bedroom has Tudor roses and fleur-de-lys fashioned into the plasterwork. This ceiling is reputed to date from the time of first construction of the house, i.e. in Tudor times 500 years ago. The ceiling is an important reason for the listed building status of the house.
As Hill House is several hundred years old, many different people have lived there over the years. We don't have any information about who lived there in the first 200 years. Matthew Hopkins, the infamous Witchfinder General who was active in the area during the Civil War around 1650 lived nearby but not we understand at Hill House. A 19th Century owner is reputed to have been a Viceroy of India. A Miss Franklin lived in the house in the later 19th Century. Our neighbours in no. 56 South Street have a framed advertisement of Hill House dating from 1897 (I think) when it was on sale. During the 1950s to early 1970s it was owned by a local company and its manager lived there. We bought the house in 2009 from a senior partner of Ellisons Solicitors.

To view this media, please visit the on-line version of this page at www.rightmove.co.uk/property-for-sale/property-67365604.html?premiumA=true 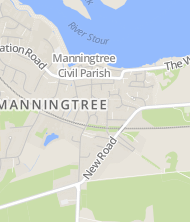 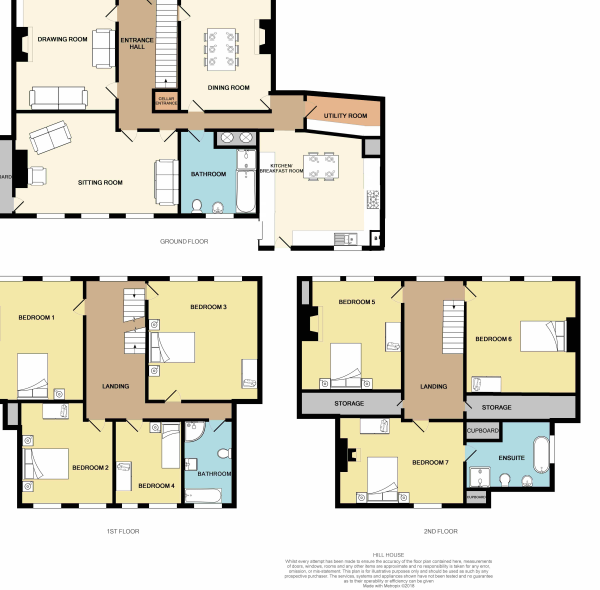 Disclaimer - Property reference 101753001458. The information displayed about this property comprises a property advertisement. Rightmove.co.uk makes no warranty as to the accuracy or completeness of the advertisement or any linked or associated information, and Rightmove has no control over the content. This property advertisement does not constitute property particulars. The information is provided and maintained by Belhus Properties, Sales. Please contact the selling agent or developer directly to obtain any information which may be available under the terms of The Energy Performance of Buildings (Certificates and Inspections) (England and Wales) Regulations 2007 or the Home Report if in relation to a residential property in Scotland. 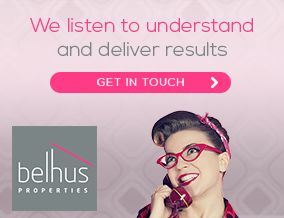