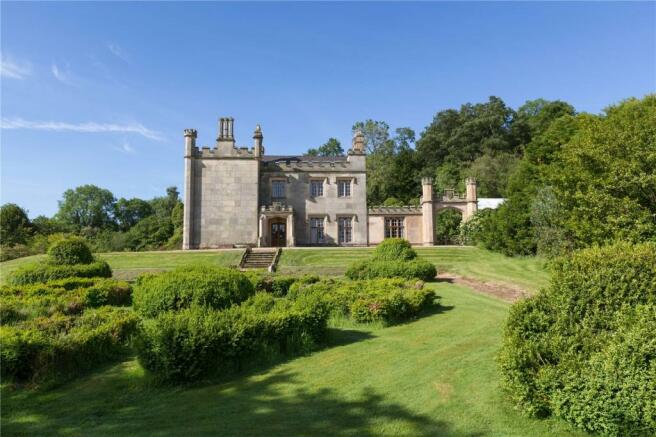 HISTORY
Llanerchydol was the seat of David Pugh, Esquire, a wealthy tea trader who built the present house in 1776 on the site of an original house which is thought to have been destroyed by fire. It remained in the Pugh family for 136 years during which time it underwent considerable alterations and adaptations, the most notable being in 1820 when the house was rebuilt introducing the romantic turrets and castellations and later in 1848 renowned architect Thomas Penson was consulted on the drawing room.

The family also placed great importance on landscaping the surrounding parkland by employing John Repton. The gardens, including a Japanese water garden and parterre, were introduced along with bold planting of trees in a grand style, the benefits of which can only now be truly appreciated. It was noted that during the Victorian era, the three great houses in the area, Powis Castle, Vaenor Park and Llanerchydol vied with each other for the most varied and gorgeous collection of flora and garden produce.

Towards the end of the Pugh family ownership parts of the estate which had amounted to some 2,000 acres within a ring fence had to be sold off to maintain the house and their lifestyle and with the onset of the first world war the family had to make the decision to sell the house in 1912. It was bought by a wealthy cotton trader from Liverpool and was succeeded by his three unmarried daughters who lived their lives out in the Hall and were well know characters in the local community. Eventually the house was put up for sale in 1986 for only the second time in its two hundred year history.

The house has since been owned by several families and was sub-divided with two substantial houses being created and known as the East and West Wings.

Llanerchydol Hall, which The East Wing is a principal part of this, is a glorious Grade II* listed mansion house of picturesque Gothic Revival style, commanding immense views of the Montgomeryshire and Shropshire Hills. A house of great stature, it stands surrounded by mature gardens and beautiful Repton parkland established during the 19th century.

The principal facades of the house are ashlar faced under a slate roof recessed behind parapets and small towers. The East Wing houses the original formal entertaining rooms and bedroom suites with beautiful high moulded ceilings, wide mullion windows, stunning marble fireplaces and polished floors. The rooms to the ground floor have an easy flow centred round an impressive hallway where a cantilevered staircase is lit by a stained glass window depicting the Pugh family crest. The drawing room is particularly notable, being light and elegant with a central dividing arch with octagonal pilasters with capitals. The dining room has an ornate ceiling and cornice and has a listed wallpaper above a lincrusta dado.

Upstairs the elegant bedrooms include the Lady Angela, The Pugh and Peacock suites. Each room retains its former character with original fireplaces while offering the comfort of bathrooms and shower rooms. They all benefit from stunning views. The main bathroom has a cast iron 6’ bath especially commissioned for a particularly tall member of the Verden family.

OUTSIDE
The driveway winds up through glorious rolling parkland before entering the gardens of Llanerchydol Hall and passing through banks of rhododendron, azalea and sweeping lawns. To the front of the house is a large parking area above the Parterre and from where magical views of the surrounding hills can be enjoyed.

Agents Note: The driveway through the parkland is shared by other residential properties.

The East Wing is approached up a wonderful long and winding driveway from its entrance close to Welshpool town centre, passing the former estate owned rail station from where narrow guage steam engines still run up the valley to Llanfair. The drive continues up through stunning Repton Parkland and the house is eventually revealed standing in a commanding, elevated, but sheltered position.

Totally rural in outlook, Llanerchydol has breathtaking views over parkland and beyond to the surrounding hills of the Montgomery/Shropshire borderlands. This is an area of great beauty and timelessness, yet the house is within a mile of the attractive market town of Welshpool with its modern day conveniences including a wide range of shops and amenities.

The area is noted for its excellent schools in both the independent and state sectors including Packwood Haugh, Moreton Hall, Oswestry School, Ellesmere College, Shrewsbury School and Shrewsbury High School.

Oswestry, Chester, Shrewsbury and the Midland centres are within daily commuting distance with the M54 providing easy access to the national motorway network.

Welshpool Airfield is nearby and regional airports include Brimingham, Manchester and Liverpool.

From Shrewsbury take the A458 bypassing Welshpool. At the Coed Y Dinas roundabout, take the 3rd exit onto the A458. Continue on the A458 following signs to Dolgellau and Machynlleth. At the next roundabout (with The Raven pub), take the 3rd exit onto the A490 and immediately turn left down the long driveway and the driveway to The East Wing will be found on the left. Proceed up the drive through the parkland and the driveway brings you to the front of the house.

To view this media, please visit the on-line version of this page at www.rightmove.co.uk/property-for-sale/property-73063522.html 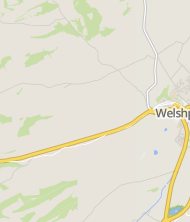 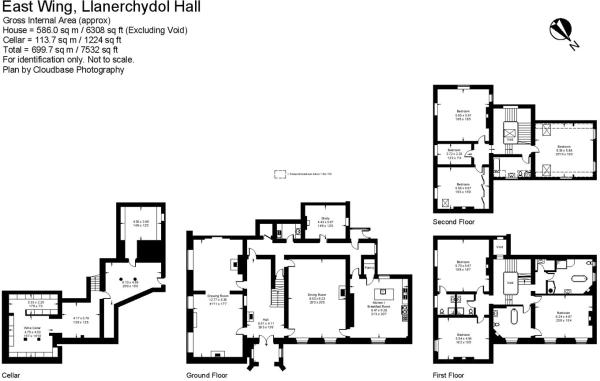 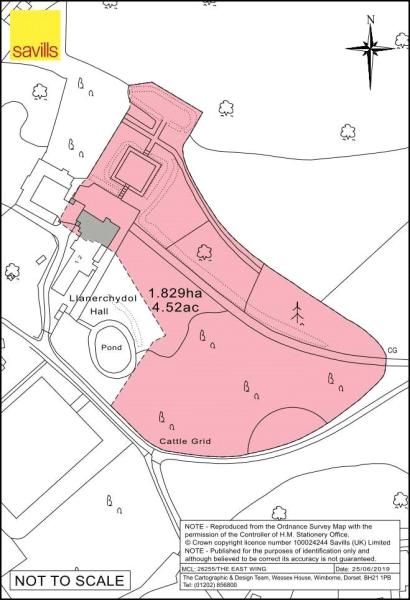 Disclaimer - Property reference TES190024. The information displayed about this property comprises a property advertisement. Rightmove.co.uk makes no warranty as to the accuracy or completeness of the advertisement or any linked or associated information, and Rightmove has no control over the content. This property advertisement does not constitute property particulars. The information is provided and maintained by Savills, Telford. Please contact the selling agent or developer directly to obtain any information which may be available under the terms of The Energy Performance of Buildings (Certificates and Inspections) (England and Wales) Regulations 2007 or the Home Report if in relation to a residential property in Scotland.