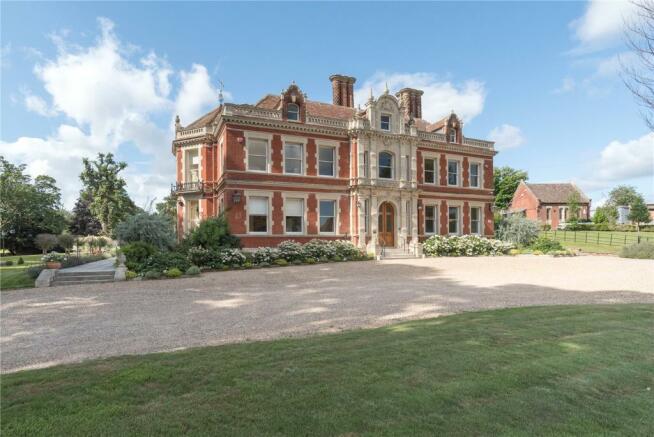 For well over 200 years there has been a house on the site, and in Hasted’s History of Kent the property is described as “a handsome mansion”. Its walls still preserve the excellent staircase proudly bearing the cypher ‘H’ as introduced in the mid-19th century by the Hilton family.

The house is currently the headquarters of a multi-national chemical company and offers generous high quality office space. The sale of Bramling House also offers an unmissable and enticing opportunity to re-establish the house as a grand, yet warm, family home.

Planning consent has previously been granted under Canterbury City Council ref: CA/10/00062/FUL for the reversion of the house to a single private residence and to enable the more formal rooms to be used for their original purpose. It is likely that this consent can be reinstated and, with some sensible and sensitive re-modelling, Bramling House could be returned to a glorious residence punctuated with magnificent formal reception rooms and several bedroom and bathroom suites.

The main front door is set within an opulent stone portico, which leads via a small vestibule into the main hall area. From here an archway welcomes you into the staircase hall, where the superb oak carved staircase sits centre stage, lit by a magnificent and intricately detailed glazed cupola. The principal rooms to the of the stairwell, would return to two grand rooms interspersed with wonderful period details, most poignantly the delicate ceiling painting which illuminates the bay of the main office area.

Upon visiting the property, the original layout as well as the original room sizes are indicated by the ceiling cornices. The conservatory reaches into the outstretched gardens and is a stunning example of its type. The whole of Bramling House is subtly underlined with period features that give rise to its ultimate character and historic remnants.

Bramling is to the east of Canterbury, midway between the villages of Wingham and Littlebourne, which together provide a useful range of local amenities. Nearby Canterbury, with its wide array of cultural, sporting, shopping and recreational amenities, also has some of the best performing state and private schools in the Government league tables.

There are excellent road and rail links. The A2/M2 can be joined just south of Canterbury at Bridge and links with the remaining southern motorway systems, Heathrow and Gatwick airports.

Canterbury’s two mainline stations offer a variety of commuter and stopping services to London, with the High Speed service to London St Pancras taking just under an hour from Canterbury West. The area has good access to the Continent.

The property is approached via a right of way over the driveway owned and used by Denne Joinery. There is private parking immediately to the front of the house. The gardens and grounds are situated largely to the east and south of the property and comprise wide expansive open lawns bordered with magnificent specimen trees.

Just below the conservatory is a terraced garden leading to an ornamental fish pond and at the far end of the garden is a contemporary 18th century gazebo.

To view this media, please visit the on-line version of this page at www.rightmove.co.uk/property-for-sale/property-85208651.html 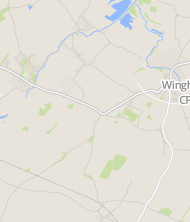 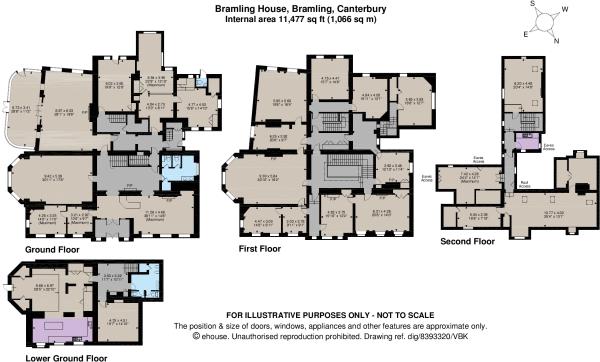 Disclaimer - Property reference CAN190139. The information displayed about this property comprises a property advertisement. Rightmove.co.uk makes no warranty as to the accuracy or completeness of the advertisement or any linked or associated information, and Rightmove has no control over the content. This property advertisement does not constitute property particulars. The information is provided and maintained by Strutt & Parker, Canterbury . Please contact the selling agent or developer directly to obtain any information which may be available under the terms of The Energy Performance of Buildings (Certificates and Inspections) (England and Wales) Regulations 2007 or the Home Report if in relation to a residential property in Scotland.