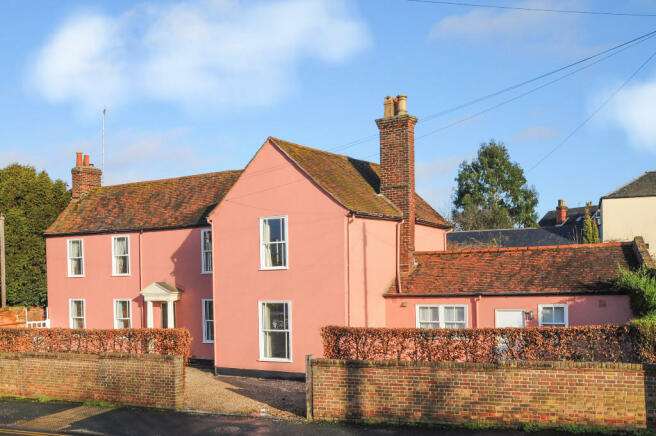 We bought the Grange in 2008 in order to open a guesthouse. We moved the kitchen into what is now the dining room and installed en-suite bathrooms to all the guest rooms including a wheelchair accessible room in what was the kitchen. We had seven rooms plus owner's accommodation making eight bedrooms in total. The Guest House was great fun and we had many lovely guests including a well-known ex-MP recording a program about railways and a French Senior Vice President of an international company who had a very good taste for wine and used to bring his choice of bottle. However, when 'Air BnB' started trading we recognised it would put huge pressure on prices and undermine the business. We decided to stop on a high and closed on the last day of the London Olympics. There was a party in the garden to celebrate. To convert the building back into a house we took out three of the eight bathrooms (still leaving five), moved the kitchen back to where it was previously and have enjoyed living there for the past seven years. During this same time, we applied to the Secretary of State to de-list the Grange. Taking account of the extensive rebuild of the 70's the Secretary of State accepted the argument and it was de-listed.

We went sailing for a year and my parents moved in, as the house is easily big enough to accommodate two families. But they decided to retire to the sunshine Portugal. However, with just two of us living in a huge building that needs to be loved by a big family, we find we don't need the space.

With the totally enclosed and private garden we have had some lovely garden parties. We have enjoyed the fact it is inly ten minutes' walk to open countryside with lovely walks to Kelvedon, Terling and Wickham Bishops. And with the Station less than two minutes' walk it is easy to get into Town to pick up a show or do a spot of shopping.
Early maps surveyed in 1874 refer to a building at the location of the Grange as Temple Farm. Given the previous activity of the Knights Templars around north Essex, it may be summarised that the farm was once part of the Knights Templars estates. We think Temple Farm worked the land to the east in what is now Morrisons and the Bairds Malting. There is also anecdotal record that Temple Farm was on the site of the ancient manor house.

If, as we believe the farm was working the land to the east, it was cut off from its land by the arrival of railway. At some time in the late C19 it was renamed as The Grange.

Anecdotal comment from the Witham and Countryside Society indicated the Grange was occupied by the notable local character of the Cannon Luard and his spinster sisters in the early part of the C20. By all accounts the building was apparently in a poor state of repair by the late 1960's. A developer seeking to demolish and build flats bought it. However, a preservation order stopped the work and the building was totally rebuilt. (There is a photographic record of the works in the house). After that it was listed and was lived in as a house for many years.

Witham stands between the city of Chelmsford (8 miles to the south-west) and the town of Colchester (13 miles to the north-east), on the Roman road between the two. The River Brain runs through the town and joins the River Blackwater just outside.
The town as it is now started life on 'Chipping Hill', which is the location of St Nicolas's Church. As the years went by, the hamlet grew to become 'Witham' and St Nicolas's Church of England Church (a unique spelling) serves the congregation.
In the 18th century, Witham briefly enjoyed a period as an affluent spa town after the discovery of a mineral-bearing spa by a Dr Taverner. Witham was also a centre of the wool trade until the decline of the industry in the late 17th century.
The town is served by Witham railway station, situated on the Great Eastern Main Line operated by Abellio Greater Anglia. Trains take approximately 40-45 minutes to reach Liverpool Street. The station is also the junction for the Braintree branch line to Braintree.

Witham is situated on the A12 trunk road between Chelmsford and Colchester, that is to say the Roman road from London to Colchester. Originally the A12 ran in a straight line through the middle of the town; however, for some decades there has been a by-pass completely avoiding the town.

Witham has a town centre focused around the high street and two shopping precincts to form a cross that bisects the high street - the Newlands Shopping Centre and the Grove Centre. There are also a range of small shops, restaurants, pubs, major high-street banks and several national commercial chains. The town also has four supermarkets: Tesco in the centre of town, Morrisons near the railway station, Asda near to Maltings Academy, and Aldi near the A12.

Chelmsford and Colchester have academically selective grammar schools, as well as several private education establishments in Colchester, Chelmsford, Gosfield, and Felsted. All of these are within driving distance, or by way of train travel or school bus dependent on situation/location.

To view this media, please visit the on-line version of this page at www.rightmove.co.uk/property-for-sale/property-88340069.html

To view this media, please visit the on-line version of this page at www.rightmove.co.uk/property-for-sale/property-88340069.html 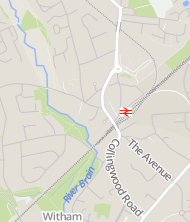 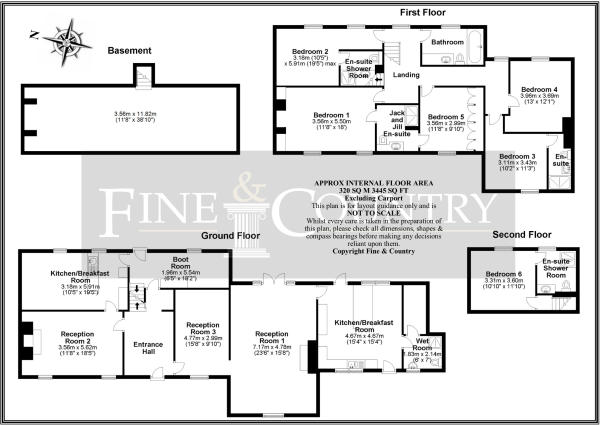 Disclaimer - Property reference 10444. The information displayed about this property comprises a property advertisement. Rightmove.co.uk makes no warranty as to the accuracy or completeness of the advertisement or any linked or associated information, and Rightmove has no control over the content. This property advertisement does not constitute property particulars. The information is provided and maintained by Fine & Country, Chelmsford. Please contact the selling agent or developer directly to obtain any information which may be available under the terms of The Energy Performance of Buildings (Certificates and Inspections) (England and Wales) Regulations 2007 or the Home Report if in relation to a residential property in Scotland.