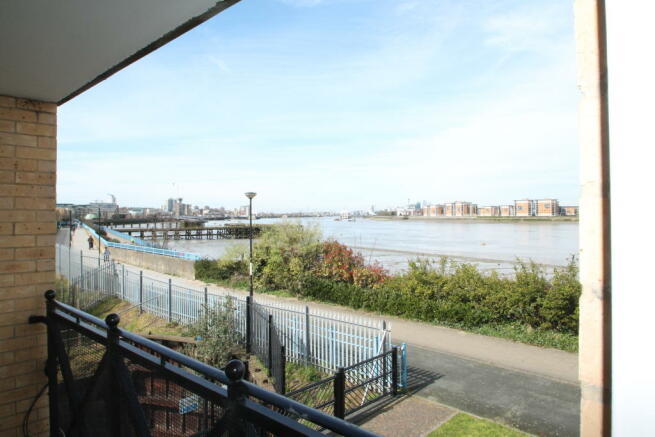 Wonderful two bed first floor apartment in the popular Anson Place in West Thamesmead
The property benefits from a balcony overlooking the Thames which is accessed from the lounge and bedroom 1.
The property also benefits from a large lounge with separate kitchen, good sized bedrooms and a family bathroom.
Call today to arrange viewings !!
AVAILABLE NOW !!

The pre-1974 parts of Thamesmead are a mix of modernist town houses, medium-rise and 12-storey blocks system-built in concrete, which have featured in various films due to their ' urban look'; the design of the newer buildings is more traditional and in brick.
When the GLC was abolished in 1986, its housing assets and the remaining undeveloped land was vested in a non-profit organisation Thamesmead Town Limited (TTL). TTL was a private company with an unusual form of governance. Its nine executive directors were local residents; as is normal, they periodically submitted themselves to re-election.
Thamesmead South SE2 split from the SE28 thamesmead,this is the original development In 2000, TTL was wound down and two new organisations were created. In broad terms, Gallions Housing Association took over the ownership and management of the housing assets whilst Tilfen, later Tilfen Land, took over the remaining undeveloped land. Tilfen is jointly owned by Gallions and Trust Thamesmead.
District heating and cable radio broadcasting were pioneered in Thamesmead. The District Heating System was decommissioned around the turn of the millennium, with those properties connected to it having wet radiator systems installed by the landlord.
Pilkington Canal (also called Broadwater Canal) - used to connect to Woolwich Arsenal, now remain as a water feature in the estates
In time more facilities developed with a supermarket and retail park near Gallions Reach. Bus services were improved and people living on Thamesmead are now more easily able to reach Abbey Wood Station, which is a main stop on the line.
View of canary wharf from Thamesmead North during the peak hours Transport Thamesmead's location between the Thames and the South London escarpment limits rail transport and road access points. Most residents rely on bus services to reach the nearest rail stations.[citation needed] There is a disused railway trackbed from Plumstead which once served the Royal Arsenal. Buses serving Thamesmead include services B11, 177, 180, 229, 244, 380, 401, 469, 472, 601, 602, 669 and the night bus N1.

Thamesmead South is in Bexley and is the location of the original development built in the late 1960s to early 1970s. The buildings are almost entirely of concrete, in a Cubist/Brutalist/Modernist style, and include a number of high-rise blocks. It is east of Harrow Mannor Way (A2041) and south of the A2016.
Thamesmead Central is in Greenwich and was first developed in the early 1980s in the ring between the A206 and A2041. It originally consisted of large, sprawling, concrete and red brick, eight- and nine-storey estates overlooking the A2041, and three-storey red-brick town houses. It has spread west of the A2041 and now also includes a number of red and yellow brick homes built from the 1990s onwards.
Thamesmead North is split between Bexley & Greenwich and is north of the A2016 and east of the A2041. Built from the 1970s onwards, it was initially made up of town houses in grey brick; more recent builds are in red & yellow brick.
Thamesmead West is in Greenwich near Woolwich and Plumstead (Between Whinchat Road, the A2016 & the banks of the river Thames) and was built from the 1990s onwards. It is a significant distance from the original development and consists mainly of medium density residential development with yellow brick fascias, with towers along the riverside.
Thamesmead now features a retail park finished in brick anchored around a Morrisons Supermarket; there is also a shopping parade which has mainly serviced based outlets such as hairdressers and estate agents. It contains a clock tower and lake, which may seem contrived.
Thamesmead West contains Gallions Ecopark a pioneering small housing development with homes built to high energy efficiency and environmental standards. The estate also includes a small lake and Gallions Hill (viewpoint hill).
Part of Thamesmead West is also sometimes referred to as "Gallions Reach Urban Village". This can lead to confusion, as it is on the opposite bank of the River Thames from Gallions Reach DLR station and Gallions Reach shopping park. There is no Docklands Light Railway, London Underground or rail station in Thamesmead West.

Most of the land area of Thamesmead previously formed about 1,000 acres (4.0 km2) of the old Royal Arsenal site that extended over Plumstead Marshes and Erith Marshes. There is some evidence of prehistoric human occupation of the area - flints, animal bone and charcoal were found in bore holes around Western and Central Way in 1997 by the Museum of London Archaeological Service (MOLAS). In Roman times, the river level was significantly lower, and work by MOLAS in 1997 around Summerton Way found evidence of field ditches and pottery and quernstones from Germany dating from around the 3rd or 4th century. After the Roman era, river levels rose again and the area reverted to marshland.[4] According to Hasted, some areas of this marshland were drained by 1279 by the monks of Lesnes Abbey.

Between 1812 and 1816, a canal was built (by convicts) to take materials (such as Timber) from the River Thames to Woolwich Royal Arsenal. Much of this canal has been filled in, but part remains in Thamesmead West and is now called the Broadwater. A lock gate and swing bridge (disused) still exists beside the River Thames over the canal. 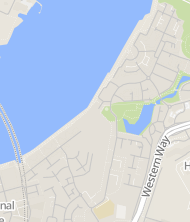