Do you know your box gable from your open gable? Your bonnet from your gambrel? If you have no idea what we’re talking about, these are just some of the different types of roofs that sit atop the nation’s homes. The strange thing is, even though they’re fundamental structural elements, with functional as well as aesthetic purposes, most of us probably don’t pay too much attention to them, even when we’re home-seeking. Well that’s about to change – we’ll make a roof-spotter of you yet!

The gable roof is the most basic type of sloping roof. It consists of two equally sized sloping roof faces that meet at the top ridge in the middle on a rectangular house. This means the vertical walls on two opposite sides reach all the way to the apex of the roof, but on the other two sides they only reach the gutter. Think Monopoly houses and you’ll get the idea. Because the triangle is the most stable shape in engineering, the gable forms a strong roof, making it one of the most popular choices for British homes. Gable roofs also have larger loft spaces than hip roofs (see below), which is another added benefit.

With open gables, the walls at the gable ends visibly reach the peak of the roof in a triangular form. This is the normal type of gable roof.

With box gable roofs, the main structure of the house consists of four rectangular walls, and the roof sits on top as a separate architectural part. It will usually project outwards at the gable ends by a small amount, and the ends will probably be boarded or tiled rather than brick.

A crossed gable roof is where two or more separate gable roofs project at 90 degrees from the main body of the house. Viewed from above, the house will have an X, T or L shape.

A saltbox roof is similar to a gable, but the two roof faces are different sizes, with one wall higher than the opposite, plus two gable ends with irregular shapes. They are often used to create an extra floor, although it will only be half the size of the floor(s) below because the roof will be lower on one side. However, with skylights or dormer windows, the top floor can still be light, airy and spacious.

Conservatory roofs fall into three categories: glazed, opaque and combination. Because there’s no set shape to a conservatory, they can take many forms, for example hip, flat or gable. A glass roof is preferable for maximum light, but the amount of light entering through the side panes is usually sufficient for most conservatories, so there’s often a traditional roof, perhaps with skylights.

The A-frame roof is similar to the gable roof, but the roof reaches all the way to the ground (or a short distance above ground level) – like an “A” shape. If there is an upstairs, extra space can be won by the use of dormer windows, otherwise the effective floor space would be too small.

Corrugations are repeated wave-like patterns across an area of roofing. They can be rounded or square-edged, but are always arranged so the corrugations are aligned vertically so water can run off them. They are an inexpensive form of roofing, usually made of PVC or a galvanised metal, and they require little sealing as the panels can simply be overlapped at the last few waves to maintain water tightness. They’re ideal for lean-tos and carports as they are light and require little construction underneath them.

The hip roof is the second most common form after gable roofs. The roof slopes upwards from all four walls, often at quite a gentle angle, and the four faces meet at the ridge at the top. If the house is rectangular, that means two of the faces will be triangular, and the other two will be trapeziums. Whichever direction you look at a hip roof from, you will always see sloping roofs, unlike a gable roof, which will look rectangular if viewed from 90 degrees to the gutter.

Like a crossed gable, a crossed hip is the shape that is created when the building is an X, T or L-shape. The difference is that there are no gable ends – the walls end at gutter level and the roofs slope upwards towards the ridge.

A pyramid hip roof is where the building is square, and instead of a ridge, all four triangular roofs meet at a single apex point in the middle.

Sedum roofs are both very old and very new. They’re living roofs, with a soil substrate on which small plants grow, and have been used for millennia around the world. Modern sedum roofs have a waterproof layer beneath the soil, as rainwater will pass through it, but they absorb a lot of rain, which keeps the plants thriving. Sedum roofs are cool in the summer and warm in the winter and are a green option as they attract insects that help pollination. As some maintenance will be required, they should be able to support the weight of a person.

A dormer is a small gable roof that projects from a larger roof at 90 degrees. It usually has a window on its gable end, and gives more space in a room than a skylight.

The dutch gable is a hybrid of the hip and the gable. The ridge extends further along one edge (or both) and ends with a small vertical triangular wall that joins the hip roof. It’s a bit like a dormer but is a continuation of the ridge rather than a separate 90-degree roof. It gives a little more standing room in a loft space than would be the case with a normal hip roof.

A skillion roof is a single flat plane that only slopes one way, and stretches from one side of the house to the other. It’s also known as a mono-pitched roof or a shed roof. They can be useful in catching maximum light for a house, as long as it slopes away from the south. However, if the roof faces south, it’s perfect for solar power generation.

Zinc is a hard-wearing metal that’s very easy to cast and fabricate, which makes it relatively inexpensive. It has had industrial use for decades, but is now a viable option for domestic use, particularly over conservatories, although some architects have incorporated it much more widely, covering entire homes.

Better known as a road surface material, asphalt also makes for a decent roofing material. It’s relatively inexpensive, easy to shape, and has excellent heat preservation qualities. You can expect it to last up to 20 years, too, and once it has reached the end of its life, it can be recycled into brand new asphalt. The asphalt is sold as tiles or shingles for easy installation; from a distance, they look very much like slate tiles, although up close they have a defined bumpy appearance.

A lean-to roof has its highest point flush against another wall, and slopes down to a separate gutter. They are commonly found in things like carports, extensions and conservatories, where they are fitted to existing buildings, but they can also be designed into the building, for example on a porch.

The flat roof is something of a misnomer, because they always slope a tiny bit to stop puddles forming. However, for all intents and purposes, they are flat. Flat roofs are an efficient way of maximising space in a building, and because the surface area is the same as the area of the house, they are cheaper than sloping roofs. The main drawback is that they can be prone to leaking, so they need to be well sealed and must undergo regular maintenance.

The butterfly roof is a gable roof in reverse: there are two high ends and they slope downwards, like a butterfly’s wings, towards the middle. This means you only need one gutter and one drainpipe, and it’s a good way of maximising the amount of sunlight that enters the upper floors.

The M-shaped roof is effectively two gable roofs joined together like a butterfly roof to form an M-shape.

The orangery gets its name from the fact that they used to be built to grow oranges and other Mediterranean plants in countries with cooler climates, such as the UK. That means they are essentially greenhouses, but there’s a certain style that marks them out, namely that they are brick-based with large windows. The roof will be glass and sloping, but often has more structural timberwork than a conservatory roof. Originally, orangeries would be south-facing to get maximum sunlight, but nowadays it’s more of a style than a functional cultivation space.

A gambrel roof is like a gable roof, but instead of the roof being in a perfect triangular shape, it pitches at two different angles, gentle at the top, and steep at the bottom. The advantage is that it gives more space in the loft than a gable, ideal for if it’s a living space. However, they can be quite insecure, as the weight of the top part can push the steep sides outwards.

A mansard is to a gambrel what a hip is to a gable. In other words, it’s a gambrel roof but instead of two gable ends, the gambrel shape goes all the way around, creating a dome-like effect.

The bonnet roof is the opposite of a mansard, in that it has the steep part in the middle and  gentle parts around the edge, like a bonnet. You’ll have seen a bonnet roof if you’ve seen a drive-thru McDonald’s or standalone Pizza Hut restaurant. The steep part at the top is often extensively glazed to let in light from all directions.

A combination roof has two or more of the above roofs in one construction. They are chosen either for aesthetic purposes, to get more living area out of a roof space, or both!

So there you have it, everything you need to know about the different types of roof and what they could mean for any property you buy. 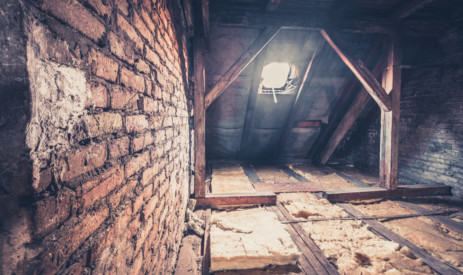 What Is The Best Loft Insulation?

Read more about What Is The Best Loft Insulation? 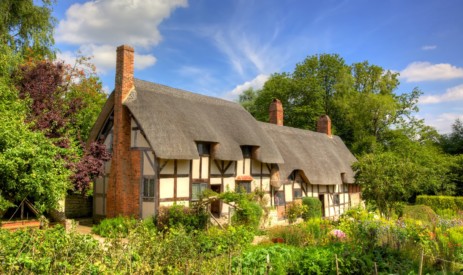 How Long Does A Thatched Roof Last And How Much Do They Cost?

Read more about How Long Does A Thatched Roof Last And How Much Do They Cost? 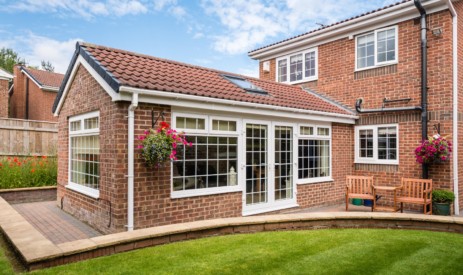 What Is The Best Conservatory Roof Material?