The mismatch between supply and demand has resulted in six new record highs over the past twelve months in the price of property coming to market. However, this month sees a particularly significant milestone as the average breaks through and beyond the £300,000 mark for the first time. Today’s asking prices are now over 50% higher than they were ten years ago. This highlights the growing housing affordability gap now affecting more and more aspiring first-time buyers and potential trader-uppers.

“While the start of 2016 has seen an encouraging but modest uptick in the number of properties coming to market, demand and momentum have combined to push prices over £300,000. On average 30,000 properties have come to market each week over the past month, up by 3% on this time last year, but there are insufficient numbers of newly-listed properties in many parts of the country to meet demand. Visits to the Rightmove website are up by 14% in early March compared to the same period in 2015, so it’s no surprise that those buyers who can borrow more or can find some extra cash are keeping the price merry-go-round spinning, even though increasing numbers of aspiring home-movers cannot afford the ride.”

The increasing challenges of both getting onto the ladder and trading up are highlighted by the 50% increase in the price of property coming to market in just 10 years. With that timespan including the period after the credit crunch which saw several years of falling or stagnant property prices, it shows the strength of the recovery for today’s £303,190 average to be over £100,000 higher than the £200,980 of March 2006. In contrast, average wage growth of 22% over the most recent ten years has failed to keep pace with CPI inflation of 26.8%2 which highlights the well-documented issues of raising a deposit and affording a mortgage. The rebound from the housing market downturn has been driven by underlying demand, greater availability mortgage lending, and the economic recovery. The release of this pent-up demand and the shortfall in housing supply are resulting in insufficient availability of affordable stock in many locations.

“More first-time buyers and would-be trader-uppers are finding themselves ill-equipped to cope with current house prices given the tighter lending criteria and average earnings lagging well behind house price growth. However, stronger growth in average earnings would not have helped the situation as it would simply have enabled buyers to bid prices up even higher, chasing the limited supply of suitable housing stock. In last week’s Budget the Chancellor could have encouraged landlords and second home owners to sell their properties and improve supply if he had extended the reduction in Capital Gains Tax to include those transactions. With no other significant property-related new measures in the Budget it at least allows time for his raft of recent initiatives to bed in.”

This month’s national average 1.3% jump in the price of property coming to market is the second-highest at this time of year since the 2008 credit crunch. The break through the £300,000 mark is not being driven by London, where prices are at a standstill. Upwards price momentum and stretched affordability are spreading north and west, with six out of ten regions achieving record asking price highs. All four southern regions are joined by the West Midlands and the North West, with the East Midlands being only £373 shy of an all-time high.

“Three out of the top four risers this month are northern regions, with the West Midlands, the North West, and Yorkshire and the Humber being tucked in the slip-stream of the South West and ahead of all the other southern regions. London is a shadow of the former price-rise power-house that has driven up national averages over the last five years, and is now a myriad of different local markets with some boroughs dramatically up or down, but overall cancelling each other out.” 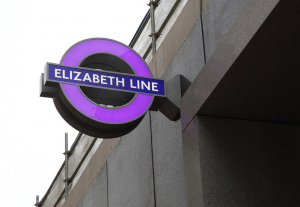 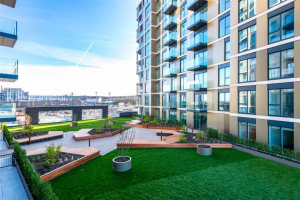 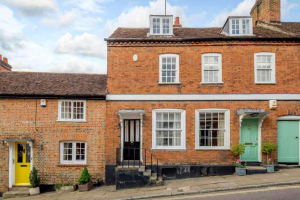