Let me entertain you! – Robbie Williams’ bachelor pad is back on the market 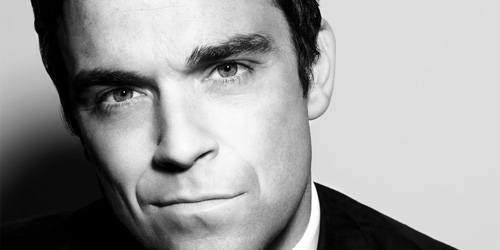 It’s hard to believe, judging from the more recent properties he’s put on the market, that Robbie Williams once lived in a somewhat modest bachelor pad in West London. The popstar’s city bolthole that he once called home is back on the market for £3.45million – look inside now!

Robbie had previously been living in Manchester revelling in Take That’s fame but moved down to London in 1998 after the band split. The four years that the star lived in the three-bedroom property with best mate Jonathan Wilkes, are renowned for being his ‘wild days’ so one can only imagine what went on behind those doors – oh to be a fly on the wall!

The Take That singer was going out with All Saints’ Nicole Appleton at the time and it’s rumoured that he was publically dumped by the ‘Never Ever’ star right outside the property. The apartment’s celebrity status doesn’t end there however. Geri Halliwell famously moved into the plush pad when she left the Spice Girls to try and get away from the paparazzi which in turn circulated rumours of romance – a match made in pop heaven if you ask us!

The trendy property is situated in the heart of Notting Hill and is surrounded by chic boutiques and bustling bars.  Robbie’s old crib is spread over four floors and its private roof garden, designed by renowned Gold medallist Caspar Gabb, makes the perfect entertainment space. A double-height gallery with a beautiful light installation by Niamh Barry, a Bose Lifestyle integrated music system and Lutron lighting throughout, maintains its rockstar charm!

If you fancy a bachelor (or bachelorette) pad for yourself, then check out some other impressive apartments in the capital.