Sha’mone! YOU could live in Michael Jackson’s house! 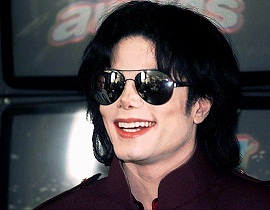 The property where Michael Jackson died has been put up for sale and it’s on Rightmove!

The King of Pop was renting the seven bedroom property for a jaw-dropping $100,000 a month when he tragically passed last year.

The property itself is owned by Ed Hardy CEO Hubert Guez, who after failing to rent out the property for $300,000 a month decided to put it up for sale instead for $28,995,000 (£18.3million). He had originally tried to sell the house for $38million back in 2008 but agreed to let Jackson rent it while he was rehearsing for his ‘This Is It’ tour.

The 171,171ft2 French Chateau Estate which has thirteen toilets, a seven-car garage, an art studio and twelve fireplaces, was built in 2002 by Richard Landry.

Situated in the Holmby Hills in the prestigious Bel Air area in Los Angeles, the property has now become an iconic landmark in Jacko’s history. Since his death in June, fans have held impromptu memorials outside the property’s gates. Die-hard Jackson lovers are expected to try and have a look inside posing as potential buyers (we’ve got our fake moustaches ready!), so Guez has increased security to protect the property from intruding fans.

Before his death Michael lived in the property with his three children, Prince Michael, Paris and Blanket. The superstar was due to start a fifty date concert tour beginning at London’s 02 Arena just weeks after his untimely death.

If living across the pond in this off the wall property doesn’t fit in with your commute, check out what you could afford in the UK if you have a few million quid to spare.