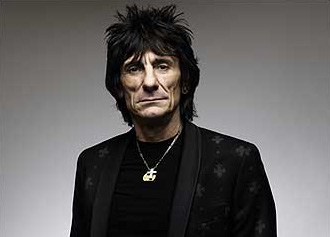 In the famous words of Nickelback: “we all just wanna be big rockstars”… well now you can get a slice of the rockstar pie as Ronnie Wood is selling his Queen Anne Townhouse in Chelsea.

The Rolling Stones star has put one of his many houses back on the market for £5.875million with Strutt & Parker after struggling to sell it back in October 2009 for £6.5million.

The property is situated on Cheyne Walk, which is often dubbed ‘Rolling Stones Row’ because both Keith Richards and Mick Jagger have owned properties on the same road. The early 18th century townhouse boasts 4,228 sq ft including 5 bedrooms, 4 bathrooms, 3 reception rooms and a stunning view of the Thames. Have a nosey around here!

Ronnie originally bought the property back in 2008 as an investment for his children. Wood had hoped to modernise the property but his development dreams were never fulfilled so the townhouse now comes with planning permission to create a 2-storey basement offering up to 7,300 sq ft of extra living accommodation – perfect for a cinema room or swimming pool, or better yet… both!

Wood isn’t the only celebrity to walk the floorboards of this property; many famous people including Sir Marc Brunel, Hilaire Belloc, Walter Graves and Paloma Picasso have lived there in the past two centuries.

Once the property has been sold, Ronnie’s going to have a few extra pennies in the bank. We’ve had a look around the London area to see what he could buy if he considered adding to his property portfolio.